The Fundraisers Handbook: A Step-by-Step Guide to Maximizing Corporate Giving to Nonprofits 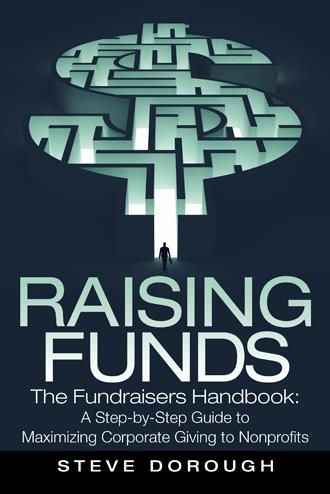 Fundraising in the United States is vital to our economy; the lifeblood of every non-profit organization. In 2014, according to Giving USA 2014; The Annual Report on Philanthropy for the Year 2014, non-profit contributions rose by 7.1 percent, the highest total in the last sixty years or reporting. Likewise, total 2014 philanthropy in the United States was $358.38 billion:

• Individual contributions accounted for the majority ($258.51 Billion, an increase of 5.7%)

• Fifth year in a row where giving went up

Additionally, according to the IRS, the number of charities and private foundations now stands at over one million. More than 51,000 new non-profits were created in the last two years. Section 501 (c) (3) groups increased by 90 percent since 1996.

As non-profits continue to grow so does fundraising. Almost every for- and not-for- profit organization seems engaged in some project to raise additional funding.

Due to reductions in membership and normal dues revenue, many nonprofit organizations conduct fundraising campaigns to maintain current programs that would otherwise be slashed or eliminated. Other organizations must seek new revenue to build their programs in an effort to meet their communities’ expectations for them. Fundraising has become an important component of the non-profit organization’s annual Program of Work.

It doesn’t matter if you need to raise thousands of dollars or millions, the same basic principles of fundraising apply.

Steve Dorough, who has developed and implemented successful campaigns for numerous clients, shares a blueprint for raising funds in this guide.

Step by step, he describes how to develop a compelling strategic plan for fundraising. He also explains how to test the feasibility of your campaign and implement a successful fundraising initiative. Learn how to:

• anticipate and respond to objections from potential donors;

This guide is written as a narrative about a fictional chamber of commerce in a fictional community somewhere in the United States. However, the fundraising principles and processes can be successfully applied to any nonprofit.

Filled with examples of agendas, letters, reports, and checklists covering every aspect of the fundraising process, this guide takes you through the critical steps that will help you raise funds.

Steve Dorough learned the craft of professional fundraising at National Community Development Services in Atlanta, where he worked more than five years. He established First Community Development in 1994 and has enhanced the art of fundraising for nonprofits over the last twenty-five years. He has developed and implemented successful campaigns for chambers of commerce, economic development authorities, downtown revitalization groups, cultural and performing arts groups, museums, and other corporate-driven clients in the southeast United States. Dorough currently lives and works in Peachtree Corners, Georgia, a suburb of Atlanta.