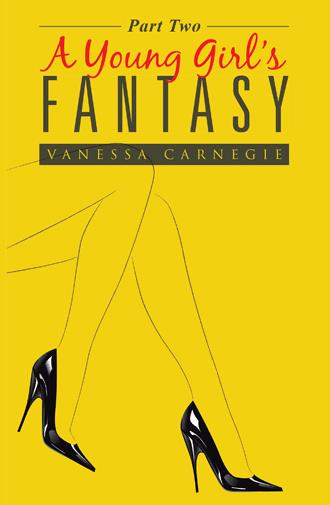 I stopped at the nearest hotel. I needed to get myself together, I needed to take a shower and get cleaned up and plan my next move. I needed to count the money to see how much Veronica gave me.

I took a shower and washed my hair. My body was still sore from all the foul shit Chris had done to me. After I came out the shower I added up all the cash she left with me. I counted a little over 50,000.00 dollars. Even though I know she had gotten away with a whole lot more. I was satisfied because she could have killed me or even gotten me killed and she could have left me with nothing.

The more I started to add things up in my head the more paranoid I became. I had just left a home where a double murder had taken place. And one of the victims was my friend. I started to feel bad that I’d just left her there. I left the crime scene with a bag of money in my hand. I didn’t think about how morally wrong I was or the fact that someone may have spotted me.

I came up with a quick plan: I was going to get a couple of outfits, some food, my hygiene needs and keep a little six thousand on me. I was going to western union my sister the rest When I called I could tell she was still upset. Sabrina was good for holding grudges. I basically forgot about why everything got so blown up.

“Sabrina, I really need your help. I need to send you forty three thousand I need you to hold on to that for me until I get things together.”

“Get what together Cristina? What is going on?”

“ Long story, I just need you to accept the money and Ill explain things later.’

“Ok sure she said”

“Got to go, love you sis sorry for everything, I said as I hung up.”

Later that evening when I got back from getting some of my needs, the news did more than just surprise me; it scared the shit out me. Not only was the double homicide the first thing on, Veronica’s and my picture were on the screen. They said neighbors spotted us running from the crime scene a little after they heard gunshots. They also said they had two men already in police custody.

“Oh my god,” I kept saying to myself. I got to do something. I stopped by the corner store and bought some red hair dye. I made it back just in time to watch the late night news. They were saying how they already had caught up to Veronica and she was caught with millions of dollars on her.

Truth was, they had caught up to the right person. She was behind the murder’s she helped set it up, not me. But what scared me most is that I know she didn’t like me and she could blame the whole thing on me. Now the police were looking for me and I had nothing to do with any of this shit. Veronica had handed me a bag of money and me not having a dollar to my name, I took it. Something told me she had something up her sleeve.

I went to the bathroom and chopped my hair off, I gave myself a short bob which I dreaded but I knew it would grow back fast and I dyed it bright red. I then packed my bags and I left in the middle of the night to the Greyhound bus station. I purchased a one-way ticket to Seattle, Washington.

I sat at the stop with layers of clothing and a hoodie. I was definitely trying to hide my appearance. When I got to the ticket clerk I was scared because she studied the shit out of my I.D. I also noticed the guards watching me very closely. I didn’t know what to do. A part of me wanted to run out of the station but the other part of me was thinking that I was being extra paranoid. I knew I needed to stay and get on the bus to Seattle and lay low for a while. I needed to gather my thoughts find a good lawyer to get me out of this bullshit.

It was finally time to get on the bus after an hour in a half long wait. When the bus took off I felt ten times better.

A day later, the bus arrived in Seattle. When I got off the bus I got inside a cab.

“Where are you headed?” as the driver in his Indian accent.

“Can you take me to a Hotel please?”

“Sure no problem, “said the cab driver as he kept driving.

As soon as the cab driver pulled up to the hotel I saw police everywhere.

“Put your hands up,” yelled out the officers.

I instantly threw my hands in the air; my heart was beating so fast it felt like it was about to jump out of my chest. An officer than came and slapped hand cuffs on me on site.

Chrissie Brown is no stranger to challenges. Born and raised in San Francisco, her father was murdered at the hands of his best friends and her mother suffered a subsequent breakdown and addiction to drugs. Now finally back with her mother after years apart, Chrissie is a spoiled and beautiful seventeen-year-old who is gifted at manipulating people to get what she wants in life.

As high school graduation looms, Chrissie keeps herself busy by imagining herself escaping her older sister’s bossy clutches, fantasizing about being with her crush, and making it big in Hollywood. When her already stagnant love life suddenly turns sour, Chrissie answers the door when opportunity knocks and heads out on her own to start over. But as her façade of pretending to be someone she is not causes her life to take a turn for the worse, Chrissie is forced down a wayward and dark path where she must look within to find a way out.

In this urban tale, a teenager embarks on a shadowy coming-of-age journey that leads her away from a spoiled existence and into the unknown where she must battle to survive the unforeseen.

Vanessa Carnegie was born and raised in Oakland, California. When she is not writing, the mother of twin boys works as a licensed cosmetologist in San Leandro, California. A Young Girl’s Fantasy is her first novel.