Whispered on the Desert Sands 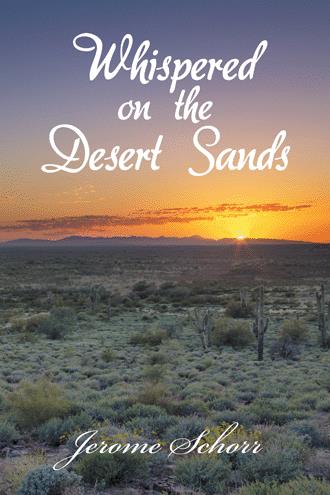 Once on the bus, he sat back in his seat and reflected on his accomplishments. He felt as if he had a full scope of the homeless scene. All that was left for him to do was to transform his experiences onto paper. It wouldn’t take him long once he sat down to type it all out.

The bus was fifteen minutes into its route when a passenger flagged it and it stopped to let him on. Andy didn’t notice him at first because he had halfway closed his eyes. He was exhausted after his experience.

Then a white Toyota Corolla cut in front of the bus to make a last second right hand turn. The bus driver in an evasive move slammed on his brakes causing it to momentarily fishtail. He soon was able to regain control and continued on his route.

When the bus jerked, it caused Andy to almost fly out of his seat. Just as he was about to go airborne, a man reached out and pulled him down.

A bit shaken by his ordeal, Andy turned to his seatmate and said, “Thanks. If you hadn’t of grabbed me when you did, I might have gone through that...” In those brief seconds, he noticed that the guy who pulled him back was wearing bunny slippers. No. No way. He thought to himself.

Pat didn’t say anything. He just sat back in his seat and nodded his head like he understood.

Andy had a thousand questions he wanted to ask, but he didn’t know where to begin or even if he should. But then again, this chance may not come again, so he’d better take it while he’s got it. “My name’s Andy, what’s yours?” He asked putting out the palm of his hand in the gesture of friendship.

Patches (Andy preferred this name over Pat because to him it suited him better, no pun intended) just stared at him as if he knew him, but couldn’t place him. Then he reached out and shook his hand.

Feeling a little misplaced, Andy didn’t know how to proceed without his cooperation, and so he didn’t say anything more. He just turned away and looked out the window. The whole time he’s thinking I can’t let this the opportunity slip away, but what can I do.

“You can try talking to me, son” the man sitting beside him said.

Uh! Andy thought. How can he know what I’m thinking? I didn’t say anything.

Again, Patches interrupted Andy’s thought processes by saying, “Your eyes are telling me what’s on your mind.”

Andy turned to him and said, “That’s amazing. What are you, telepathic?”

“No. Not really. But for reasons I don’t understand, I can read you pretty easily.”

“That’s quite a gift you’ve got. You could make a lot of money from it if you wanted to.”

“I suppose I could, but then it wouldn’t be much of a gift if I used it for my own personal gain now would it?”

“How long have you had it” inquired Andy?

“Oh, I guess most of my life. One day, I just woke up and I could sense what people were thinking. I can’t do it with everyone, just people who are troubled with something too large for him or her to handle alone. Like you, for instance.”

“What do you mean” Andy asked? “I don’t have any problems to speak of.”

“You can lie to yourself if you want to, but don’t lie to me.”

“You’re wrong about him. You know that, don’t you?”

“About who?” Andy asked.

“The problems you have are not his. Nor is he to blame for them. They are the result of decisions you made, not him.”

“Whom are we talking about, my father?”

Assuming they were talking about the same person, Andy continued, “But he abandoned us.”

For a few minutes, neither spoke until Andy spoke up by saying, “I suppose that’s possible.”

Patches looked out the window to see where he was. Then for reasons Andy never understood, started talking about school when he said, “School opens doors. Why are you standing on the outside when you have the key to unlock the doors and go in?”

“Because I don’t have any money” Andy replied in a questionable tone?

“Look in to Financial Aid Programs or maybe getting a Grant. These are the keys that will unlock your future.”

Who is this guy? Andy wondered. Is he an angel or something because he sure talks funny and knows things he shouldn’t?

Patches reached up and pulled the chord to signal he wanted to get off at the next stop. As the bus approached the bus stop, he stood up and said one last thing to Andy, “I am who I am.” Then, he got off and walked off into the night.

Andy is not ready to face his demons. Abandoned by his father when he was young, Andy is now dealing with the consequences of being an angry twenty-one-year-old man who just got into trouble with the law. To stay out of jail, he must now write a twenty-page essay on the plight of the homeless in Las Vegas.

While researching his essay, Andy meets Patches, a homeless man who wears bunny slippers in lieu of shoes. As he writes, he begins to immerse himself into the homeless culture, and in so doing, develops a friendship with Patches, who teaches him not to be too quick to judge a man until all the facts are in. His essay opens not only his eyes but also his heart to the homeless community. The valuable lessons he learns ultimately lead him to discover the insight, healing, and closure he needs as life comes full circle and the truth is unveiled.

Whispered on the Desert Sands shares the poignant tale of a young man’s life-changing journey as he searches for reconciliation for past hurts through the wisdom of a homeless man.

Jerome Schorr was born in Fort Wayne, Indiana, and earned a bachelor’s degree in business administration from Wayland Baptist University. He retired from the United States Air Force in 1995 and has four children. Jerome currently lives in Culpeper, Virginia.