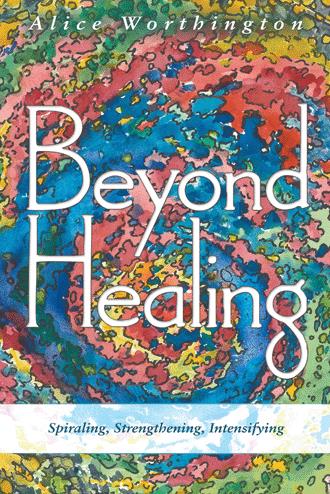 Sexual assault on college and university campuses has reached epidemic proportions, with more than 20 percent of college women claiming that they have been victimized during their college years.

The 2016 presidential campaign was full of demeaning and hurtful comments by Donald Trump about a variety of outsider groups, including minority groups, the disabled, immigrants, and women. In terms of his attitudes toward women, he described some of his most offensive comments as “locker room talk,” just words. But a large number of women have come forward to accuse him of more than words, including actions that meet the definition of sexual assault. The consequence of locker room talk can cause lasting harm to the recipients, especially if they have also been recipients of the associated actions constituting sexual assault.

A rise in anxiety and depression documented by those in the mental health industry during the election campaign supports the pervasiveness and lasting nature of the harm done by this behavior, which is often just dismissed by those who have not experienced it themselves. Past victims are particularly vulnerable to these aftereffects.

As for me, I remembered no dreams for several months that summer, as the power of my defenses allowed me to suppress them until I was strong enough to deal with what might emerge from my unconscious. Finally, I had what can only be termed an anxiety dream. I recorded it and later presented it to my dream group. It was a breakthrough dream—which seems to be related to the two dreams presented earlier but also to the current environment.

I’m in a large campuslike setting. My mother and perhaps my daughter are also there. They do not look like my mother or daughter. I am being forced to take an antipsychotic medicine against my will. I don’t believe I should be taking this medicine. I am being held in a cottage. The psychiatrist who is my doctor seems to be evil, and I don’t trust him. I do not recognize him. There are records in the database that contain an incorrect diagnosis. I finally succeed in obtaining the records and fold up all the pages and put them in my pocket.

My mother is searching the grounds and buildings and finally finds me. My father is also looking for me. There are copies of my false diagnosis on the computer, and one of my parents finds the copies and destroys them. The psychiatrist is racing against my parents to try to keep me in the “hospital.” My parents succeed in destroying all the copies of my false diagnosis, and I get out of the cottage. We start to try to escape the grounds together. I sense freedom and wake up.

I go back to sleep.

A large, cream-colored, antique sedan with black doors arrives at our luxurious country house, located on what seems to be thousands of acres of rolling grounds. From inside the house, I see the car arriving and know that the doctor has come to get me. I stop what I’m doing and try to hide. He comes into the house and is talking with my parents. I wake up.

My Own Interpretation of the Dream

With the understanding that a building or house is a symbol of the self, I interpret the cottage in which I am a prisoner to be my small self or ego, where I am trapped and a prisoner. The cottage is part of a hospital, a place for healing, but also a place for the sick. I am being forced by one of my animus figures, the doctor who is holding me prisoner, to take medicine against my will. As I don’t recognize him, he has arisen from my deep unconscious. He is an abuser, my evil rapist, and he is “treating” me against my will. But his abusive treatment is incorrect, as his diagnosis is incorrect. I resist his treatment but keep a copy of my record as proof of his incorrect diagnosis. I feel a lack of control and completely helpless in the face of this oppressive, dominant man.

My mother and perhaps my daughter are at the hospital. They are the anima parts of me, but because I don’t recognize them, they have also come from my deep or collective unconscious. My parents who are not recognizable are both heroes in the dream and represent male and female archetypes. One of them, I suspect the mother, destroys all copies of the report with the false diagnosis. In real life, my mother was in denial about the psychic damage the rapist did to me and told me to forget it. She was a world-class denier. It was her most effective coping mechanism. To destroy the record was to deny that the rape had occurred. In the dream, she is protecting all of us in her dysfunctional way.

My daughter vanishes from the dream. She too arose from my deep unconscious. She is not in denial but is healthy and returns to reality. Her brief role in the dream is to represent that part of myself before my rape at nine, as well as my future healthy self. She is a symbol of health and hope.

The large sedan is both cream, symbolizing light and life, and black, symbolizing suffering and death. Which will I choose? The sedan arrives at an altogether different house, which represents my larger or true self. Clearly, I have grown. In this house, which is beautiful, spacious, and surrounded by lovely grounds, I am able to “know” or learn from God. I am frightened by the fact that I might be taken away and returned to the hospital by the evil doctor. I hide.

The dream taught me that I’m struggling and need to discover how to free myself from what is holding me prisoner. Fear is usually the culprit, and I need to be my own hero.

Alice Worthington is a pen name. She divides her time between New England and Florida, where she lives with her husband, whom she married in 2014.