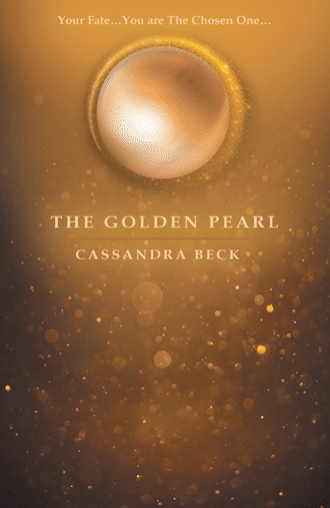 “No!”
My eyes burn hot with tears, and my swear-soaked dress clings with sweat to my chest. My muscles ache, and all I want is to rip the arms—those of the man holding me back—out of their sockets.
“Please, Dad, no!” I sob.
He stands between my boyfriend and me.
The anger growing within him increases from a slow rolling simmer to a full raging boil. His eyebrows are tightly knitted, his face is red and stern, and his stance is as rigid as the tower on the east end of the palace.
“I’ve given you more freedom than most princesses will ever have! Why is it you’ve tried to dishonor our family?!” he yells, spit flying from his mouth.
“We haven’t done anything,” I plead, pulling against the arms restraining me.
“Now that’s where you’re entirely wrong,” my father says. He glares dangerously at the boy kneeling across from me. “I’ve warned this young man to keep his distance, and he deliberately disobeyed me. What do you have to say for yourself?!”
His dark hair falls slightly in his piercing blue eyes as he looks up at my father. “Your Majesty, I’m in love with your daughter. Is that such a crime?”
“Is that such a crime?” my father mocks. “It is when you’ve killed hundreds because of a tantrum based on not getting your way.”
The boy looks down, ashamed.
“It was an accident!” I sob. The portal wall spins rhythmically, kind of like a heartbeat, but not in any way beating as fast as my own.
“It doesn't matter,” my father snaps. “I should have trusted my first initial instinct. I should not have allowed a mixed blood to obtain a munera. It’s too much power for someone who doesn’t know what to do with it.” He looks down at my boyfriend in disgust.
We were planning to run away together, but somehow it didn’t work out.
“And you, my dear.” He turns towards me with hurt and rage in his eyes. “I have been too easy on you. You will both be punished, but because you are my daughter, I will allow you another chance. As for you, my boy, you will spend the rest of your life with only a memory of this love. You will never see my daughter’s face again.”
“No! No! Please, no!” I sob.
“Dear, you won’t remember a thing. You will have a fresh start,” my dad insists almost sympathetically.
I yank harder and harder. all I want is to be in the arms of the man I love. The idea of not knowing him shatters my heart, and I just want to scream and end this all.
My best friend, with a look of disgust on his face, steps in next to my father.
“You know what needs to be done,” says my father.
He nods, and I feel the betrayal sink in. He’s a Distorter, and though he promised he’d never use his gift on me, like Judas, he stands before me.
I watch as several more soldiers come in behind my love, trying to restrain him. I scream his name over and over again, my throat turning raw. Sweat and tears fall down my face. My head and chest hurt so badly it’s as if someone pushed me off a cliff and I landed on the rocks below.
I feel the memories leave my head, and my mouth falls silent. Why was I screaming? My body aches, and I watch blankly ahead as my friend moves away from me. What just happened? The boy kneeling in front of me is still screaming, echoing my last fading scream. He is very handsome...Why is he screaming the name Lilyryn? Is that my name? All of a sudden it looks as though he doesn’t recognize me. He is hoisted up by two of the men who steer around me toward the odd moving wall...Why is it moving? I watch as he looks back at me once more. He has beautiful eyes. I gasp as they push him through.
“Come along dear,” says my father.

Princess Arianna Garcia believes something is missing from her life. But there is only one problem: she has no idea what it is. Her father has always controlled her life on the planet of Margaritan. But as she prepares to turn seventeen, Arianna knows that very soon, she will finally acquire the power to control her own world.

During a special birthday ceremony, Arianna is chosen to bear the galaxy’s life source—a golden pearl. Unfortunately she is also declared to be a Sorceress, clearly not a desirable gift in the kingdom. After all, the last time a sorcerer was called, he was eradicated to another planet for committing murder. Despite Arianna’s rank in society, she too is banished to Earth. But when she meets Max, the man she is destined to be with forever, Arianna soon learns that someone is searching for the pearl she bears. Now it is up to her to formulate a plan to save herself, Max, and the future of the universe, before it is too late.

The Golden Pearl shares the tale of a teenage princess as she embarks on a thrilling adventure on Earth that tests her limits, special gifts, and the power of everlasting love.

Cassandra Beck is a young author who recently graduated from high school. She lives in the small town of Bonnyville, Alberta, where she enjoys painting, literature, hiking, and hanging out with family and friends. Cassandra is currently writing the sequel to her debut novel, The Golden Pearl.