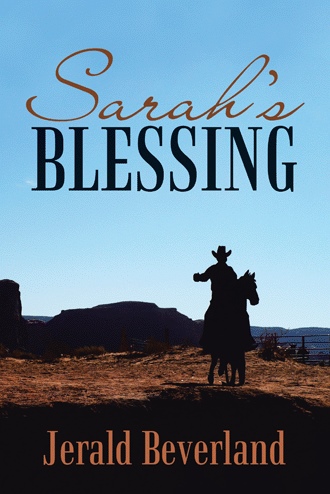 By the first week in October of 1875 The McCrumb’s house was finished. John and Jeremiah had recovered from their bullet wounds. The gold hunting in the hidden valley’s pond was near completion. Bright had moved in with the McCrumb sisters in their new home. Sarah’s health was deteriorating; she was weak and tired most of the time.

When Sarah saw the new house she gave John a big hug and thanked him for his love and devotion. Sarah’s attitude had never altered. She was just as loving, just as grateful and just as thankful for her family, her life and her steadfast faith in God as she ever was. Sarah had sustained that pioneer spirit, her devoted love for family and her Scottish heritage of strength that had helped to reinforce her family through many past difficult times. Her strength and faith of life and God is what will give her the strength to face death. Her legacy will be witnessed for generations to come. She will have passed her gift of courage, love, and strength not only to her children but to everyone who ever knew her.

It was on a Sunday, October the 17th in 1875 at four thirty-eight in the afternoon when Sarah Amy McCrumb peacefully passed away in her new house in Denver Colorado. Her beloved John was holding her hands. Her beautiful daughters and handsome sons (as she referred to them) were by her bedside. Jeremiah, Jake, Jock and the cowpokes were all there showing their devoted love for Sarah McCrumb. Sarah had asked that there be no tears after her death, because where she was going there were no tears. Bright was tightly holding hands with Sarah’s daughter’s Lucy and Amy.

The small Denver congregation of the church of Christ had held their Sunday morning worship service that day in the home of Sarah and John McCrumb. They stayed until dark. The Denver city leaders paid their respects. The hospital staff was there out of love for Sarah and John.

No one could ever explain just how or why there were five noble looking Kiowa Native American Braves that had shown up on that particular day at the McCrumb house. They had brought gifts of sorrow and gifts of happiness on that day to the McCrumb family. Their reverence for Sarah the few moments they paid their respects was emotionally humbling and with deep sincerity.

When the Kiowa Indians left the McCrumb’s yard that day all of the other guests stood in absolute wonderment as these magnificent noble braves finished their tribute to the white skin lady that they had admired. Their leader “Two Elks” stopped and turned facing John, he placed his right hand over his heart then extended his arm towards John. John understood this gesture of true brotherhood and friendship.

Sarah had asked John to do two things for her after she was gone. The first was to go to the hidden canyon immediately and finish what he had started. By doing that he would have less time to mourn her passing. The second thing she had asked John to do was get in touch with his brother James back in Pennsylvania, and bring James and his wife Hazel out west to be part of the McCrumb clan in this wonderful new frontier. Sarah’s spirit would forever guide the lives of her beloved family as long as they had the breath of life.

Losing Sarah had a crushing effect on John and his family. If it hadn’t been for Bright Amy would have withdrawn into a silent shell of despair within a couple of days after Sarah had died. Lucy would find a quiet place of sanctuary and cry for her momma until her eyes were swollen. Henry was always nearby trying to offer comfort to Lucy, even if it was in his usual awkward way. He didn’t want to offend her by appearing to be overcrowding her personal space. He didn’t know exactly what to do, except just be there for her.

Jerald and Jacky would go into the hidden valley to work on Jock’s house. Often they would find a quiet place to mourn the loss of their momma. John could see the despair that his children were experiencing. John was in deep anguish himself, but he knew that he had to be strong for his children. Every night his world seemed to collapse just a little more. His solemn promise to Sarah that he would always be there for their children after her passing was always in his thoughts. John and Sarah had prayed together that her strength and faith in death would be John’s faith and strength in life. John could see Amy’s despair even with Bright trying to comfort her. Seeing Lucy constantly fighting back tears he knew that he had to do something to bring Sarah’s strength and spirit back into his family. Six days after Sarah had passed John had Bright and the sisters fix a picnic lunch. John, Bright and his family had a planned outing like the one they had after hearing of Sarah’s troubling health news from the Denver doctors. During this families quiet time they talked together. They cried together. They prayed together. They were strengthened together. When the family meeting was over Sarah’s spirit was once again in charge and the McCrumb family was once again united in their faith in God with renewed strength. The anticipated long journey to the mystical Lost River Valley in the Idaho Territory could once again become the family’s main focus and now with a new determination of strength and purpose.

In the 1800s, the great and uncharted American West promised a glimmer of hope to poor folks east of the Mississippi River in need of new adventure and new life. Wagon trains traveled the renowned Oregon and Mormon Trails, their paths often paved with the graves of courageous men and women who dreamt of gold and the promise of prosperity.

John McCrumb takes his family on one such dangerous trek, in including his beloved wife, Sarah, their two beautiful daughters, Lucy and Amy, and their two adventurous sons, Jerald and Jacky. A ragtag group of extras tags along on their journey, including some cowpokes from Tennessee, a blind girl, and a giant mountain man, each answering the call for an alluring life out west. Despite Sarah’s deteriorating health, John presses on toward their goal.

They must survive a buffalo stampede, an angry grizzly, and even kidnapping by Ute Indians before reaching their final destination. The Wild West is a beautiful, untamed place, but Sarah’s unshaking faith in God leads them ever closer to their goal. Even tragedy will not stop these pioneers, inspired by the American dream of freedom and greatness.

Jerald Beverland grew up in the Rocky Mountains of Idaho during the Great Depression and experienced the horrors of World War II as a child. He has been mayor and a councilperson in his current city of Oldsmar, Florida, for over two decades. At eighty-one years of age, he witnessed the sunset days of two great eras: the Wild West and the Old South