My Wife’s Odyssey Through Illness 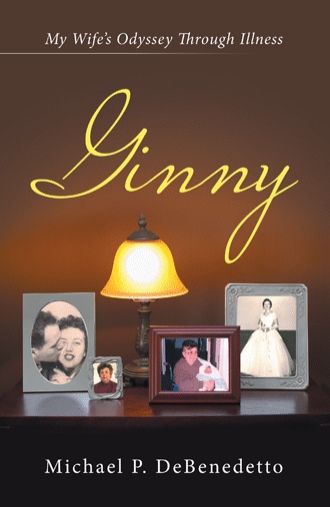 When I maried Ginny in 1955 I was sure she was my wife for life and I know she felt the same that I was her husband for life. We were never bored with each other and talking and laughing every day was a hoot. One time in the middle of the sex act she said you got bony knees. We laughed so much and so long it took a few hours to get backin the grove. She was a hell of a dancer and I really did have 2 left feet. She talked me into taking dancing lessions. We did pretty well, we did get a trophy. As time went by she had a problem here and a problem there. Thenit would be a problem here a problem there. Then it would be, I have a headache or an upset stomach. High heels became a problem and I was happy whenshe finally stopped wearing them. I was her foot massager and after she went to flats I didn't think I had to massage her feet anymore. No such luck because she was now use to me and the foot massages.

As one irritating illness after another became routine you could see her slowly becoming worried and slightly depressed but she still had her Irish sense of humor and for awhile it was truly a blessing. As the illnese became more serious my words of encourement fell on deaf ears. She tried to make me feel better because she new she hurt my feelings. She said remember when your boss told you three times over a six month period your raise was coming through and you said to him Ok. You went and got a job at another company and he was angry. I said yea and he tried to talk me out of it. She said that's the way I feel, words don't help me anymore. You get a terrible sinking feeling when you have nothing to say that will help her.

I would try try to ease her anxiety by going on many trips to the Caribbean, Italy, the U.K., Ireland, Alaska, the Canadien Maratimes and a special trip to California. We took trips around New England, Florida, Georgia etc. On the trip to the U.K. she was pulled out of line and stripped searched. Why you say; she had lost a lot of weight and she was wearing her old winter coat and it was hanging on her so they thought she had something under her coat. We laughed about it for years.

If you or spouse is having problems I hope you will read my bookand maybe it will ease your pain as you watch your spouse suffer and slowly deteriorate right before your eyes.

Author Michael P. DeBenedetto and his wife, Ginny, were married August 27, 1955, in Somerville, Massachusetts. They promised to love and care for each other in sickness and in health. But for Michael, that vow would challenge him and their marriage.

In Ginny, her husband Mike narrates the story of his life with Ginny and offers insight into the responsibility of caring for someone who is challenged with a variety of health issues. From their dating years, to marriage, to having children, and more, this memoir shares how the husband and wife lived life while dealing with Ginny’s medical problems that included everything from thyroid problems, depression, a hysterectomy, radical mastectomy, malignant brain tumor, and others. Ginny lost her battle in 1997.

Now in his late eighties, Mike reflects on their life together and how he depended on God’s grace. He melds stories and pieces of family history to paint a picture of Ginny and the challenges she endured.

Michael P. DeBenedetto joined the Army and was sworn in at age sixteen and served in Korea. He worked in the electronic industry until 1980 when he opened his own business. Mike retired in 1992. He enjoys sailing, woodcarving, pyrography, and oil painting.