Eternal Allies in the Epoch of Time 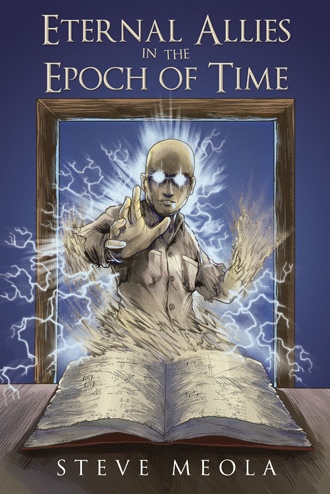 “What am I looking at?” she asked me while squeezing my arm slightly. Just wait is all I said in return. The blur of colors had rearranged themselves into shapes and now the shapes were becoming familiar to her. “The room is changing” she said aloud. Then a figure of a person began moving toward the opposite side of the archway. “There’s someone in the house with us” Marie said loudly. The blurry figure began to sharpen and in seconds it became clear to Marie what was happening. She stared at the figure on the other side of the archway and she squeezed my arm tightly now and pulled me closer to her. “Oh my-gosh” she said as she looked at me and then again at the elderly man in the archway. “That’s you” she continued. “You’re and old man!”
Just then Doug senior spoke directly to Marie. “It’s good to see you again Marie” Marie looked at me and then at the older Doug. “I still don’t understand what’s happening” she said in a somewhat fearful voice. “I can’t explain to you every single detail but what I can say is that I did create this time machine and I did use it”. Then he paused a moment and corrected himself. “We used it together and we were very successful at it I might add” He continued. “That is until that day when you didn’t come back and we could not return to our time as planned”. “Was this the day of the accident?” Marie asked. “Yes it was, and as my younger self has told you I have been trapped here on this time line for many years missing you and blaming myself for your death. I should have been more careful and added more protective measures and fail safes, but in my haste to change the past I ended up losing you.” He continued with his head down. “We discovered early on that any changes to the past, no matter how small or insignificant they may appear could not be cosmically tolerated. In a nut shell my dear Marie we caused a paradox. We medaled in things we had no knowledge of and it took your life and imprisoned me in a place that was filled with tortures of quilt.
There has not been a day sense then that I have not relived the accident. I was the one who pulled you from the car and I was the one who held you in my arms as you took your last breath. The ambulance came and they were able to revive you but you slipped into a coma and were in the hospital for a long time before passing away” He looked up at Marie with tears in his eyes. “I was there when you died the second time as well.” Marie stepped closer to the archway and said “But I didn’t die, I’m right here.” Both Doug senior and I said in unison “It hasn’t happen yet!” “But you just said it happened already and you were there when I died and twice I might add.” She said even more confused.

Doug Lupo dreams of constructing a machine that would allow him to communicate with people living many years in the past. Working on his time viewer has long since become an obsession, consuming him in every possible way and alienating him from his family, his friends, and his one true love, Marie.

Time passes, and Doug gives up his project and grows old, living a lonely life, while Marie, he learns, is killed in a tragic accident. But he soon decides to restart his project in hopes of seeing Marie once more—and finds he’s created much more than he bargained for. Even if it takes the rest of his life, he will piece together a plan that will allow him to prevent Marie’s death. But in order to succeed, he must enlist the cooperation of the only person he knows who can help make this possible. He must join forces with his younger self.

In this science fiction novel, a man seeking to undo the death of his lifelong love and correct his mistakes invents a machine that allows him to change the course of his life’s history.

Steve Meola is eldest of three brothers born to hardworking middle-class parents in New Jersey. A graduate from Nutley High School, he is now a senior property manager by day and a storyteller by night. He currently lives in Bloomingdale, New Jersey.