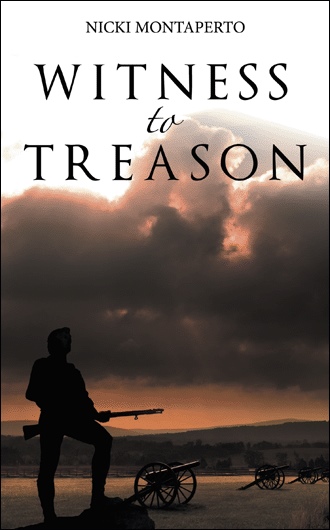 In the woods just beyond the Taylor farm, brisk winter winds whipped at Jeremy’s back, flattening his breeches against his long young legs. Hard, steady strokes of his ax deepened the cut in the tree he was felling. Suddenly, the echoes of his ax became mixed with the sound of pounding hoofs.

Matt slammed his own front door open, disappeared inside, then reappeared with Lydia, his wife, behind him..

“My father. You’ve heard something about him?” Dr. Henry Taylor, had joined Washington’s army to care for the wounded. It was more than six months since his last letter had reached home.

Lydia put an arm around his shoulders as they hurried. “Yes, son, pray that it’s good.”

For the first time, Jeremy noticed a letter clutched in Matt’s hand.

But Lucy Taylor was already on the way down.

Silently, Matt handed the letter to her.

As Lucy broke the wax seal and spread the page, Jeremy ran to her side.

“We regret to inform you of the death of your husband, Dr. Henry Taylor,” it started.

His eyes blurred with a rush of tears. Jeremy could not read on. He suddenly wanted to run and never stop, as though by running, he could escape the words and make them not true.

His mother’s voice stopped him. “Oh my God, this is not possible.”

Jeremy grabbed the page from her hand and read the rest.

The letter stated Jeremy’s father had been shot coming back to the American camp from the British camp across the river. No one knew why he had crossed to the enemy’s camp site, but upon returning, he had failed to answer the guard’s command to identify himself and so “...had been shot and killed. In accordance with the circumstances, his name is charged and recorded as having died a traitor to his country.”

Wildly, he looked at his mother, his sisters, Matt, Lydia. Their faces were just a blur.

“Jeremy!” His mother’s voice followed him as he bolted out the door.

Blindly, he ran to the tree he had been chopping and grabbed the ax. Swinging it high over his head, he slammed it into the tree. And then, he could not stop. The words of the letter ran round and round in his head and he swung again and again. His shoulders ached. Perspiration soaked his hair and ran into his eyes until he could not see. But still he could not stop.

Suddenly, a loud crack split the air. Jeremy looked up, momentarily confused. Then, coming to his senses, he jumped back. For a moment, the tall, bare branches wavered crazily then with a great gush of wind, it slammed to the ground, just missing him by inches.

Jeremy threw himself upon it, weeping for the father he would never see again.

Moments later, his sorrow spent, he felt a touch on his arm. Kneeling over him, his mother whispered, “Are you ready to come back into the house, Jeremy?” He could only nod.

Back in the house, read the letter again. The picture of his father rowing across the river took shape in his mind and with it, a question began to stir.

Why was his father crossing back from the enemy side? Could he really have been spying for the British? Bringing them information? Horrified, he pushed the thought away.

His father was a patriot. Though killing other men went against his conscience, he had joined the army as a doctor to do his part in winning the colonists’ freedom from the king.

He wanted to ask his mother the question tormenting him, but the words would not come.

Sitting down to dinner, his mother said a simple prayer. “Thank you for this food, Lord, and help us to bear our sorrow.”

His eyes met his mother’s directly. The words almost choked him. “Father? Spying? He would never, ever…”

His mother shook her head slowly. “I know, son. It’s a horrible mistake. Someday, the truth will be known.”

Jeremy’s eyes dropped to his plate. Someday! How could he settle for that? The question was plaguing him now. Maybe for his mother, it was enough to wait for someday. But for him, his father’s innocence had to be proved. But not someday. Now! With supper over, the Holts returned to their own cottage and the Taylors went to bed.

In his room, Jeremy laid waiting till all were asleep. He could hear his mother pacing back and forth in her room. He listened to her steps long into the chilly night until she settled down. Noiselessly, he slipped from his bed and dressed. On a blank page in his lesson book, he scribbled a hurried good-bye, picked up his rifle, a blanket and a few clothes, then moved silently down the stairs.

Filling a jug with water, he slid the kitchen door bolt slowly aside. He looked around the large kitchen, shadowy with moonlight shining through the windows; a lump came into his throat. This was his favorite room. Leaving it brought back all kinds of memories. The best were the times when he would help his father make his sick calls. Afterwards, they would sit at the big round table, drinking hot chocolate, talking about the people they had treated together that day.

In the stillness, Jeremy could almost feel his father’s presence. Suddenly, a sob caught in his throat. How he loved his father. It was a mistake. His father was no spy. He would find a way to prove his innocence.

In the smokehouse Jeremy packed cheese, smoked fish and bread into a leather sack. He needed a fire for warmth, so a strike-a-light went into the bag too.

Packed, Jeremy set his feet on the road to Valley Forge, the camp where his father had died.

It has been almost a year since Jeremy Taylor’s father joined Washington’s army as a doctor to tend the wounded. When the horrifying news arrives home that Dr. Taylor has been killed and labeled a traitor, fourteen-year-old Jeremy leaves his mother and sisters a hastily scrawled farewell, and steals away to Valley Forge to prove his father’s innocence and protect the family farm from possible confiscation.

While on the road, Jeremy encounters a friend who is avenging his parents’ death by the British. The boys decide to travel together but separate at the camp where Jeremy meets the guard who shot his father. After he survives an early skirmish, Jeremy volunteers to steal enemy supplies. But when they are ambushed and several Continentals are killed, an injured Jeremy is imprisoned. After accidentally discovering the spy who shot his father in the prison camp, Jeremy makes a daring escape with another prisoner—only to realize that no one is willing to accept his father’s innocence. Now as he is forced into a course of dangerous actions with lasting effects, Jeremy cannot help but wonder if he will ever achieve his goal.

Witness to Treason shares a coming-of-age tale of perseverance and courage as a son embarks on a perilous journey to clear his father’s name during the American Revolution.

Nicki Montaperto has been writing stories since she was seven, and sold her first story just before her fifth child was born. She is a freelance writer, author of three other books, as well as many stories and articles, and has taught classes in fiction and non-fiction. She developed a company called “Wordwrights,” through which she offered business and technical writing services, as well as business and executive writing seminars for major corporations. Nicki has five grown children. Born in Brooklyn, New York, Nicki now lives with her husband, Richard, in Old Bridge, New Jersey, where she is working on a sequel to Witness to Treason.