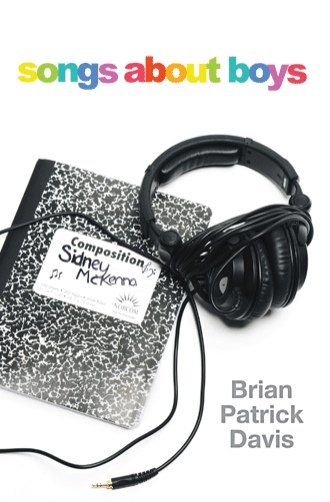 Sizz queued up the track and left the room while I came up with some melodies. I needed to feel the mood before I could conjure the words. It was a smooth, slow-to-mid-tempo rollercoaster of synths. It sounded like something out of a dream, like the future and retro balled into one perfect sonic composition. I closed my eyes, swallowed and let my body loosen up as the music blared through the headphones. Within the first few measures, I was letting soft, lyricless vocals slip from my lips into the microphone. My head was nodding, my hips swaying unintentionally to the sounds. Like always, my soul had been moved and lost a battle to the track. I’d been inebriated by the music.

The track came to an end and it was like I was back to reality. I opened my eyes and heard Sizz over the intercom, his voice slightly distorted by the quality of the receiver. “That sounds good. I’m gonna run that back so you can get some lyrics goin’ on it.”

I nodded and willfully slumped down onto the floor before pulling the pen and pad sitting on a music stand, my headphones filed with the melodies I’d just created and already forgotten. As the measures played back, I was becoming familiar with them all over again. Then the words began to flow…

I stood, looking down at the lyrics I’d written, afraid of what would come out when I recorded them. Sizz was leaning back in his chair, looking diligently over his iPhone when I lifted my lips into the microphone and spoke. “I’m ready.”

Sizz nodded, queued the track again and I began to record.

Once I got into the groove, I sang the hook once right through. Then, I started and stopped— stacking vocals, choosing the best phrases, adding backgrounds, making changes, directing Sizz on what I wanted to do, where I wanted to go next.

As I got to the first verse, I had completely forgotten that Sizz was just beyond the glass, sitting in the control room, watching my every movement, listening to my vocal plea.

It seemed like I had completely zoned out, and before I knew it, I heard Sizz’s voice over the intercom again, jerking me back to reality. “Yoooo… Come on out.”

I snapped out of it, looking up at him through the huge glass window, trying to catch him through the dimness of the room and the haze of the zone. I pulled the headphones from my ears, hanging them on the mic stand before me, just before pushing the heavy door of the vocal booth open and reentering the control room. I stood next to Sizz as he sat in front of the board and large Mac monitor screens, filled with digital manifestations of my vocal stacks and lyrics.

“Listen to this shit, Sid…”

He pressed the space bar and our song bled through the speakers, flooding the room. I nodded my head and swayed while Sizz placed his hands together, leaned forward in his chair and pushed the tips of his fingers to his forehead, eyes closed.

I couldn’t believe it. I’d recorded myself before on my laptop, just playing around in GarageBand to get some ideas out and recorded vocal ideas with lyrics in my voice memos, but I’d never heard myself so hi-fi before. I had never heard my voice so clearly. I was impressed.

When the song came to an end, Sizz opened his eyes, released his hands, looked over to me and grinned. “Yo, Sid. This is beautiful, right? What were you thinking about when you wrote this? You been in this kinda pain before?”

I shrugged, stepped back and looked down. “No,” I replied shyly. I was lying.

“This is incredible. I mean, how you just went in there and knocked it out like that. It was like, you were completely zoned out— you forgot who I was. Shit, forgot who you were. You were really somebody else in there.”

He stood, towering over me. Magnificent and terrifying.

“I guess, I dun’ know, I kinda lose myself sometimes. I’ve never heard any track of yours sound like that before. It was really different from what I expect from you.”

“Yeah. And I didn’t expect that from you either,” he said softly.

I looked at him. I felt his body inch closer to mine. I trembled a little.

But before I could say anything more, he lifted his hand, placing his fingers on my chin, tilting my face upward. I was quiet. Quiet, but quickened. I felt all the blood rush to my brown cheeks, blushing them pink and red. He got even closer.

“I never seen nothing like that before.” He dropped his hand from my chin.

I was still silent, blinking through all my flushing. Even if I’d had a response, I would have soon been silenced by his thick-lipped mouth pressing against mine, his hands finding the small of back and pulling my body into his. I tensed and released all at the same time, melting into him, giving in to his kiss.

Just as I acquiesced, a heard a voice from the other side of the room.

“Just as I suspected!”

I could feel my stomach in my throat. My eyes widened.

Sizz quickly released me and we both looked over to see a smirking Dominique, leaning against the frame of the doorway, pointing towards us, snickering.

“Sizz, you ain’t fooling nobody. I knew you were gonna be playing more than some tracks.”

Twenty-four-year-old Sidney McKenna is an aspiring songwriter and hopeless romantic with an appetite for independence. Thanks to his successful parents and a family friend, Sidney has the means to pursue his dream of becoming a force in the competitive, straight, and male-dominated music industry that pumps through the heart of Atlanta, Georgia.

Although everyone believes in Sidney’s talent and supports his eagerness to continue his journey in such an uncertain industry, he begins to second guess himself when faced with the hip-hop community’s open opposition of the gay lifestyle. As Sidney attempts to prove himself to his peers, he is also challenged with the scrutiny that accompanies life in the public eye as well as an unexpected romance with the power to forever change the course of his life and career. Now it is up to Sidney to navigate through a world filled with highs and lows, taboos, and jealousy in order to attain what he has always wanted.

In this urban tale, an aspiring songwriter sets out on a quest to find self-sufficiency, success, and love while pulling back the curtain to expose Atlanta’s exciting, but fickle music industry.

Brian Patrick Davis is a full-time artist and admitted nerd with over ten years of experience as a journalist and creative force in the music industry. His writing is inspired by his desire to be a voice for anyone misrepresented by current portrayals in media. Davis lives in Atlanta, Georgia, where he innovates with his team, the creative collective Etcetera Production Group.