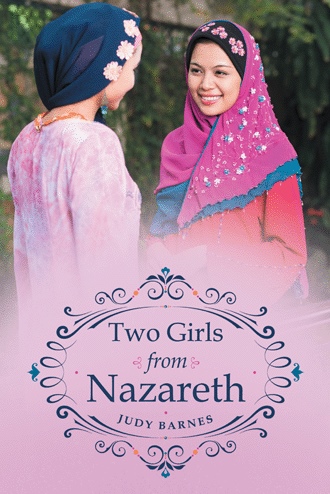 A long time ago in a faraway land, two little girls were born to different families. These girls were like sisters. They played with each other and continued to be best friends into their teens. Both of the girls were named Mary and grew up hoping to be the mother of the long-awaited Messiah, although it seemed unlikely. He was to be born in Bethlehem, and neither of the girls had ever even visited the small village not far from Jerusalem. They had never even visited Jerusalem. They were both of the right lineage, however, and so were any number of Marys throughout Israel. They had heard that the Prophets of ancient times had said he would be a Nazarene. They both lived in Nazareth, but then so did many other girls named Mary.

Long ago in a faraway land, two little girls are born to different families in the town of Nazareth. As Mary and Mary Elizabeth grow up, they become best friends who both hope to be the virgin mother of the long-awaited Messiah.

Mary Elizabeth has a natural exuberance for life. Mary, on the other hand, is reserved, quiet, and obedient. As the two girls mature into teenagers, each contemplates whether she is the “Chosen One” to bring the Christ Child into the world. Before Mary Elizabeth marries John, the baker’s son, she has a vivid dream that seems to foretell of the Messiah’s birth in a manger. Mary, who has just become betrothed to Joseph, the carpenter’s son, believes it is her best friend who will be Jesus’s mother. But as Mary Elizabeth continues to be plagued by seemingly prophetic dreams, it is not until she is visited by the Lord that she finally receives the answer she needs.

Two Girls from Nazareth shares a fictionalized adaptation of what might have happened between two teenage girls contemplating which one of them is the “Chosen One” who will birth the Christ Child.

Judy Barnes grew up an “Air Force Brat.” As a child, she loved reading comic books, western tales, and mysteries. As an adult, she enjoys reading the Bible and filling in the gaps with fictionalized stories. Judy resides in Mesa, Arizona. Two Girls from Nazareth is her first book.