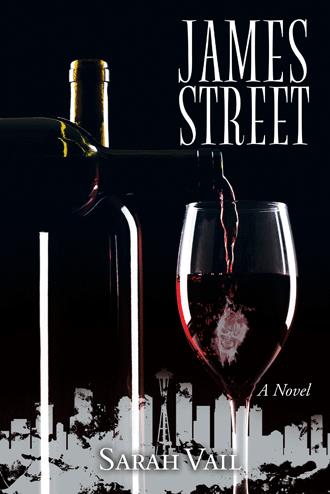 The first time he killed was an accident. Now it was such a rush he couldn’t stop. He had entertained the thought of killing before. He and lily Johansson had been married only a couple of months when a tiny thought niggled at the edge of his consciousness. The idea grew and exploded until thoughts of killing her consumed his every waking moment. He even dreamed about killing her at night while he slept.

Lily was all sweetness and light until they were married. Then she turned into a shrew that would put Shakespeare’s Katharine to shame. Demanding, angry, abusing him continuously with her vile criticism. No matter what he did, it was always wrong. He hated her. Then, that night four years ago as he watched her studying the evening newspaper, he wondered how a woman as beautiful as she could be so ugly inside.

He had just settled into his comfortable chair and started to relax from a grueling day at work. She demanded that he get her a glass of wine. He didn’t dare complain. He didn’t want to start anything with her.

Begrudgingly, but silent, he went to get it for her. He reached into the cupboard for a glass, and he knocked over a small prescription bottle. After pouring her glass of wine, he started to set the bottle upright. Lily had been too lazy to tighten the top, and when the bottle slipped through his fingers, the lid came off. He’d been horrified. Lily would go ballistic and shred him to pieces with her vicious great white shark mouth.

He remembered the hot little pop in his brain and the blinding fury that rushed over him, turbulent and boiling, then sudden quiet calm an instant later as he watched the shower of tiny white pills bouncing, clicking, and clattering against the Formica countertop and the floor. One minute he was mercilessly oppressed. The next he saw his freedom.

He should’ve dumped the glass of chardonnay when three pills from the prescription bottle splashed into the pale yellow liquid. He didn’t. Besides, Lily would’ve ripped him a new one for wasting good wine. By the time he’d finished collecting the little white tablets from the kitchen floor, the ones that had plopped into the glass had dissolved. Colorless. Odorless. Tasteless. Toxic as hell.

Within hours, Lily Johansson had died of ventricular fibrillation. He would’ve been happy just to be free of her, but the woman had left him a million-dollar insurance policy as a bonus.

Tonight, he sat in the restaurant booth upholstered in plush cranberry velvet at the Skyline Grille. Watching the entry and waiting like a lion in the tall brown grass of the Serengeti. Out of the corner of his eye, he could see the evening lights of Seattle flicker and dance on the undulating waters of Puget Sound. He toyed with the cap from the amber bottle of Lily Johansson’s magic pills. When he was sure no one in the restaurant was looking, he took out four tablets. The Skyline Grille was Amber Brown’s favorite night spot. Intimate, elegant. High atop the Edison Bank Tower, above the noise and confusion of the city. The crisp, white linen tablecloth reflected the pinkish glow from incandescent electric candles. Outside the window, towering skyscrapers glittered in the moonlight. Against a background of sorrowful strains of violin, gentle piano notes tinkled a melody. The Skyline Grille was indeed a place for lovers.

He glanced down at the face of the gold-and-stainless Tag Hauer he’d bought with his insurance windfall. Amber was, predictably, ten minutes late. He poured the expensive pinot gris into her wineglass. With a brush of his thumb against his palm, he deposited four tablets into the wine and watched the tiny pills melt into the alcohol.

Within minutes he saw Amber weaving her way toward the booth where he sat. What a fabulous woman she was! In her sleek pin-striped business suit, she looked younger than her thirty years. Her magnificent, shapely legs were smooth and tan beneath expensive silky hosiery.

Other men in the restaurant stopped mid-sentence and gaped, wide-eyed, at her as she bustled past their tables. Amber was gloriously sexy.

“Am I late? I’m sorry, darling.” Her throaty voice settled on his ears like a dove. She slid into the booth next to him, leaned forward, and pecked his cheek. All his senses suddenly came alive as he breathed in the luscious scent of her perfume.

He wanted to kiss her, but his rage bubbled up; he caged it behind a teeth-gritted smile. She didn’t notice. They never did. Before he handed her the potion, he swirled the liquid around in the wineglass, stirring the toxic mix.

“It’s no problem, darling. I’d wait forever. I ordered wine for us; a nice pinot gris, your favorite. Is that okay?”

“You are the sweetest man on earth.” She kissed his cheek again and took hold of his arm, squeezing it against her. He closed his eyes and felt his hands involuntarily clench into fists. Violent lust. Violent anger. Both barely contained. When he opened his eyes again, he was amazed how much her profile reminded him of Lily and …

Lily and her glorious money. Soon, he would have control, and the bank account would be full again. Amber lifted the wineglass to her lips and sipped. 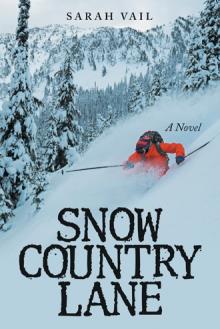 After four years of hard work, deputy district attorney Tim McAndrews claims the title of his office’s top prosecutor. He’s young, handsome, and smart, and his life is ticking along at a satisfying pace until he sees a woman dancing down the last few steps of the James Street parking garage. Tim realizes his perfect life is actually missing something: love.

He’s surprised by his sudden and overwhelming attraction to the beautiful Daniela St. Clair—wealthy heiress and philanthropist. Love on the brain, he returns to his office to find his best friends from the old neighborhood, Kathy and Scott. They have grim news: two young women have died as a result of a toxic mix of antidepressants and alcohol.

Kathy, with the Medical Examiner’s Office, and Scott, a Seattle detective, suspect foul play, and they need Tim’s help to prove it. With thoughts of Daniela still whirling around his head, Tim works with his old friends, but the case leads them all down a dark path. They follow the evidence where it leads, methodically putting together a jigsaw puzzle of pure evil, as Tim pursues new love and soon realizes he’s not the only one interested in Daniela.

Sarah Vail decided to pursue her lifelong dream of writing suspense fiction after a forty-year career in private industry. She lives on a small farm in Oregon with her champion purebred Arabian horses.