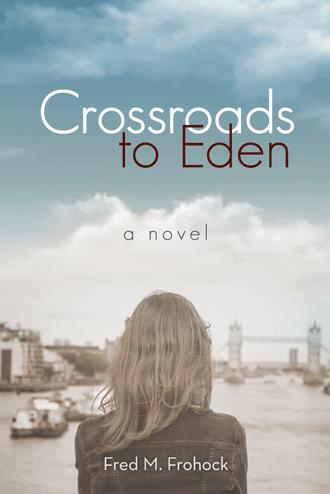 The thought she heard Paul Lorca express comes into her head with a rush: You could say that we have flawed sight. We cannot see the supernatural, even when it is presented to us directly. Instead we see presentations from another world as ordinary objects, trees, say, or lamp poles. The real question, even for believers, is whether there is a lens that will allow us to see the extraordinary when it is in our line of vision, in front of our faces.

Stacey keeps walking, through the square and on to Piccadilly, where she joins a group waiting for a bus. When the number 9 bus arrives, she boards and makes her way to the top deck, where she finds a seat at the front. The bus slowly, with the required stops and sometimes a startling speed between stops, makes its way down Piccadilly past Green Park and around Hyde Park Corner to Knightsbridge and the drive along the side of Hyde Park on Kensington Road. She tries not to think of the twin brothers, artists and con artists both, in her opinion, instead concentrating on familiar landmarks.

There is the statue of Sir Albert on the right, recently gilded over, she notes. She looks for but can’t see a piece of the Serpentine, the lake in Hyde Park she visited so often in the dead of winter during the year she lived in London as a student. When the bus enters Kensington High Street, she sees with real affection the Marks & Spencer department store, ranked ahead of the excesses of Harrods in her esteem scale. At the stop in front of the Odeon cinema, just across from the south entrance to Holland Park, she gets off the bus.

The park is still open, but from the hours posted near the entrance, there are only fifteen minutes until closing time. Only a few lights at points along the way illuminate the pedestrian walk. The playing field on the left, used mainly for impromptu games of soccer during the day, is even darker. She walks along a path near the fence separating the field from the main walkway and then finds an opening and goes out onto the field. The sky is a heavy dark gray, no stars yet except for a few she can see low in the eastern sky. She looks north across the field to the open-air theatre, now dark, without a performance on this evening. A family, or so it seems, a couple and two small children, stroll south toward High Street on the pedestrian walk. The night sky softens the silhouettes of the trees in the park, the green leaves now a kind of lush foliage moving in the evening breeze. She thinks of the film Blow Up, the Antonioni classic of appearances and realities in another London park. The memory of the photographed murder in the movie makes her smile at the sheer artistry of the work in using film within film.

Near the empty tennis courts on her left, Stacey sees two men running away from her, toward the far side of the south courts and, she supposes, the gate located on the west side of the park. Closing is imminent, she thinks. Maybe so, though she can remember no gates to close the park at the Kensington High Street entrance. She returns to the pedestrian walk toward High Street. Just then she hears a male voice call her name, “Stacey,” in a kind of movie singsong.

She turns around. The voice seems to come from the playing field, but she can see no one. Then again, “Stacey,” only this time in a mocking falsetto. Fuck this, she thinks and turns back to the walk.

“Wait” comes from behind her in a normal voice, but she doesn’t stop this time. Instead she increases her pace and in less than a minute is at the entrance and out on High Street. A taxi, with the top lights signaling an on-duty vehicle, appears on her right. She flags it, and as she gets in, she tells the driver to take her to the hotel where she is staying. She thinks again of what she realized a few minutes earlier. The voice sounded like that of the twins.

Paul Lorca, an American professor of cultural anthropology, is living in London during a sabbatical. One evening, while walking through crowded Leicester Square, he and his thirteen-year-old daughter, Sandra, lose each other. After a frantic search, he finds her. But during the course of the next several weeks, he comes to believe that it is not his daughter he has found, but someone or something else.

What if it were possible to clone a beloved deceased family member and an historical figure from 2000 years ago? A privately-funded underground medical research team in New York City works to clone a messiah with DNA extracted from the Shroud of Turin. Stacey Manning, a brilliant young biochemist, is invited to join the team. She accepts because she wants to clone her sister, recently killed in a tragic auto accident.

In Miami, terrorists are targeting Cuban-Americans. A group forms to oppose this threat, but what are the consequences for the lawyer who volunteers to undertake the role of avenger?

Crossroads to Eden is a fast-paced ensemble novel of extraordinary characters and their journeys into the unexplored regions of alien possession, reproductive cloning guided by the miracles of contemporary science, and efforts to cope with domestic terrorism.