PROPONENTS, OPPONENTS, COMPONENTS IN HIS CONQUEST TO EXPAND THE KINGDOM 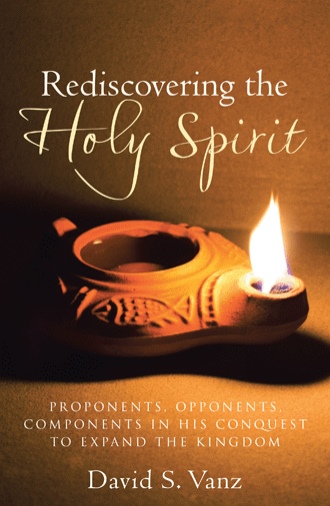 God certainly has the power to do whatever He wants, and whenever He wants. A key reality we humans must learn from scriptural history is that we are very unlikely to predict His specific actions and we definitely cannot expect our wishes or desires to be honored on demand. This is in direct opposition to many teachers and preachers who would claim otherwise. Then again, if you began reading hoping to experience a miraculous change in your relationship with God, it is up to you to open your mind and heart to God’s nurture. It is perfectly acceptable to learn a little bit here and a little bit there so long as the information is scriptural. At the heart of this discussion is the spiritual realm; Christians are servants in that realm. Although being a child in God’s spiritual family and an eventual heir (Gal. 4:1), we are now children without adequate preparation to experience what awaits us. Even as children, Christians have special privileges, even rights, in this spiritual Kingdom. Hebrews 4:16 says that believers should have confidence and boldness when approaching God in this spiritual realm. The writer used a Greek word, PARRESIA, which means the right of a ‘free man’ to speak. In the physical realm at that time period, many Christians were slaves. Some were slaves because they had been captured during war and some because they were indentured to a wealthy master. Slaves were humans; they always had observations, opinions, and feelings. However, they were expected to speak those opinions only when given permission by their master. Using this physical example, the writer reminds his readers of their status in the spiritual realm. Acceptance of Jesus’ evidence as being the Son of God and the invitation to be their savior, a believer’s spiritual life changed dramatically. They were catapulted above the rights of a free man to the status of a family member; a priest of the most powerful master in the universe – Creator God. Because of their status, Christians have the right to approach God the father at any time and speak freely with him – God desires this. Within Judaism, only the high priest approached the understood dwelling place of God (the temple) and only once per year. After Jesus’ sacrifice, this changed dramatically. Sin was removed and the dividing curtain was torn top to bottom. When a sinner accepts Jesus as his or her savior, they are cleansed – all the old sins are washed away and the person begins a new life with immeasurable status. This new status also provides very close communion with God – the Holy Spirit lives within them and provides direct guidance for those who will open themselves to Him. It is helpful to remember that at the time New Testament writings were created, most of the people in this part of the world had been made subservient to the Roman government. The Romans supported polytheism, meaning the conquered people could usually continue to worship their own gods, so long as the Roman god (the emperor) was considered the highest, most important god. To consider another god as higher was an act of treason, punishable by immediate death. This was a challenge that believers in Jehovah, Jesus, and the Holy Spirit needed to endure. It was a war on two levels, primarily spiritual, but played out in both spiritual and physical arenas.

As we explore the Holy Spirit’s activities in expanding the Kingdom, Luke’s writings in Acts is our narrator or our news reporter. Theophilus needed information about the events and actions he was observing. We need information so we can better understand and decide how we allow the actions we experience to affect our own lives. After a description of the setting in which these events occurred, it is helpful to consider the descriptive words used and then the Spirit’s actions using three types of people for this conquest activity: Proponents, Opponents, and Components. These are precisely what we understand these words indicate. Although culturally treasonous, Proponents are those whose actions sought to dramatically expand the workings of God in the world; Opponents are those whose actions work against furthering the work of God in the world; Components are those whose actions indicate they are learning to be servants of God by following the Spirit's guidance to serve Jesus as best they know how – each contributor was allowed to proceed at their own capability.

After decades teaching biblical concepts, author David S. Vanz believes many people have an incomplete understanding of the Holy Spirit’s activities in their lives today. In Rediscovering the Holy Spirit, he encourages Christians to set aside unbiblical opinions and rediscover the Holy Spirit, deepen their relationship with God, and allow him to guide their individual lives.

Vanz discusses how rediscovering the Holy Spirt requires prayer and a close look at the information within the scriptures. He examines the book of Acts as an example of the power and tools available to serve God’s purposes in the past; he believes this knowledge supplies a framework to understand ways the Holy Spirit is working today.

Sharing both personal and biblical observations, Vanz attempts to remove many of the false teachings and realize the accurate message. Rediscovering the Holy Spirit communicates that one can grow closer to Jesus and the work of the Holy Spirit through scripture, worship, ministry, evangelism, and loving one another.

David S. Vanz earned a bachelor’s and a master’s degree in Bible studies. He also received a degree from the Sunset School of Preaching. Vanz has participated in several foreign and domestic mission activities. Visit him online at www.rediscoveringthespirit.com.