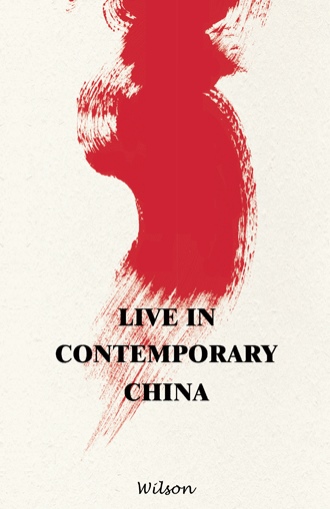 Facing the New Media Outburst: Holding the Bottom Line in the Virtual World Before elaborating on this topic, I’ve gone through some hot news between the end of 2015 and the beginning of 2016:

Sticker War Between Netizens Across the Strait on Facebook;

A Woman from Shanghai Dumped Her Boyfriend Because His New Year’s Eve Dinner Sucked;

So, what can you see in those headlines? Almost half of them are about the virtual world! It’s not hard to see, the real world and the virtual world overlap increasingly with the recent outburst of new media bridging the two worlds in the last one or two years. Even the traditional media such as the People’s Daily and the Xinhua News Agency launched smartphone apps to jump on the bandwagon. New media like Today’s Headlines and Wechat verified accounts, designed for the mobile Internet, are becoming a major force in news reading.

Lack of ethical standards, classification capacity and readability, the current new media is being manipulated by news writers who suck at their work! And don’t let me grumble about the Tencent News.

How to deal with this dramatic change is the main topic we’re going to explore in the book, and let’s start with the changes the new media has brought into our lives.

First, the new media eliminates the lag time that plagues traditional media like magazines, newspapers, TV shows, for example Network News Broadcast from CCTV1 and even the web portals. Our habit of getting news actively and regularly has turned into receiving endless push messages from various apps on smartphones and tablets passively every day.

And meanwhile, information is totally free. Although we’ve already been used to free information as early as in the Internet era, the information flood brought by various media is pouring over us on an ongoing, 24/7, basis. Take the popular “Wechat’s Moments” as an example. Users can share and get access to accepted Wechat friends’ information — old friends traveling abroad, someone being a best man, or someone working late during the holidays.

Ever since Moments has served as a channel to spread all kinds of information, official accounts of major media have sprung up overnight, let alone various self-media. According to statistics, the number of Wechat verified accounts reached over ten million, with 15 thousand more popping up every day.

Another change caused by the new output is the lack of expertise, meaning that all the information is squeezed into the same channel without any classification making it hard for readers to distinguish the accuracy of the contents. We used to watch Network News Broadcast on CCTV1, access local news on the local evening or morning paper, and get business news from financial website or related magazines, and the accuracy and reliability of the news were guaranteed. However, nowadays, the same event information may come from authorities like the Xinhua News Agency or from those opinion leaders on Weibo.

And at last, we became both the spreaders and producers of the content by forwarding our comments on Moments or Weibo. We can even register for a Wechat verified account to create our own contents.

Having access to a massive amount of free information, we, as users, are surely thrilled by the change. On the other side, our precious time is being taken up by said information, making in-depth reading harder, as information has been cut into pieces by the new media.

Just as the printing press transferred oral knowledge into a written form, the long-term effect of the new media on society and individuals is yet to come. The famous media theorist Neil Postman once pointed out in his book Amusing Ourselves to Death that these media put forward powerful implications to define the reality. And he believes that as for human society, forms of media are quite important in shaping the whole cultural identity by favoring certain contents, which is the idea we’ll extensively ramble on in this chapter.

We can do nothing to reverse this trend, but we can hold our bottom line in front of changes brought by the new media. And, considering that our virtual moral quality is being shaped by what we say on social media, we’d better learn how to behave ourselves in the virtual world.

In a word, we should know how to “behave” in the era of the new media, and it’s not easy.

Cherish your time: your attention is worth more than anything

Our reading habit is experiencing a huge change with the development of smartphones and mobile Internet, as can be seen in the 12th China National Reading Survey 2014 released by the Chinese Academy of Press and Publication.

Chinese people read 4.56 books, 65.03 newspapers, 6.07 magazines and 3.22 e-books on average in 2014. The reading volume of e-books and magazines both saw an increase, while the amount of traditional newspapers and paper books decreased, compared to figures from 2013.

The report showed that, on average, a Chinese adult reads on Wechat twice a day for more than 40 minutes. Among all the mobile phone readers, more than 60 percent (66.4%) read via the popular app Wechat.

Reading through social media has been promoting reading in China, but the contents are often fragmented and shallow.

According to the survey, Chinese people read 4.56 books per person in 2014, a figure that trails far behind those of major developed countries. For example, the average Americans read 7 books per year, the average Japanese read 8, and the average South Korean read 11.

Based on the survey, shallow reading via mobile phones has become the primary information source, while the traditional reading style is decreasing.

This result forecasts that e-reading will become increasingly popular in the coming years compared to traditional reading, with more and more people being tempted by digital reading and choosing to spend their time on mobile devices like smartphones.

Three years ago, it would have been hard to think that reading had something to do with temptations. However, it is happening now. The minute we are aware of why we need to read, we will consider how to employ our time.

We are now in an era of information explosion, which means that we assist to a rapid increase in the amount of published information or data, and to the effects of this abundance. Technologies have facilitated our access to information. We can switch from one file to another, and even from one medium to another medium by simply swiping a screen. In no time, we can click on our favorite movies, music, and TV shows on the Internet, and enjoy the information that is presented by the new media.

This book explores what it’s like living in contemporary China with extended essays on how the country has changed over the years. The author Wilson, a successful businessman in China, starts off by exploring the country’s technological shifts.

It focuses on how to succeed in China, sharing why we must pay attention to the right information from reputable sources, why we must take a relative balance between demands and supply during economic development through supply-side structural reform, why we should review our personal situation to achieve a better life, and why investing time and effort on developing deep friendship is so worthwhile.

Move beyond the superficial by focusing on self-cultivation, family governance, entrepreneurship, and national development. It starts with the lessons in Live in Contemporary China.