Stories of Faith Where Gray Is Not an Option 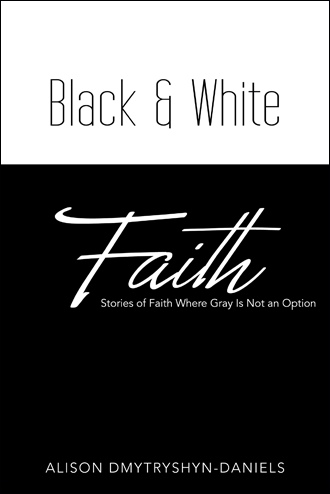 The Road to Health

We sat in a meeting with a Canadian guest speaker who had just returned from a mission’s trip deep in the heart of Africa. He recounted story after story of miracles. Miracles ranging from emotional healings to limbs growing out to the dead being raised. After a few weeks of being there, the Canadian asked the African pastor whom he was staying with why these kinds of miracles happened in Africa on a daily basis, but they don’t happen in North America. The pastor calmly answered, "Oh, that’s simple. You don’t believe the bible." The Canadian missionary was flabbergasted. He told of how he stood there in disbelief that the African would dare have the audacity to say such a thing. But after moments of silence, he realized that the man was right. "They profess to know God, but in works deny Him..." (Titus 1:16.)

When I heard this story I had only been a Christian a short while. But in that small window of salvation time my heart knew that this man was right. Raised in a strict religion that’s sole focus was teaching the Word but allowing no room or even allowance of belief in Holy Spirit or His involvement in our modern world, I knew what he talked about. Knowing the verses inside out, but not comprehending their power.

From that time forward I vowed to my God that I would believe His Word cover to cover, word for word. It would be black and white. I vowed that I would not distort the truth to fit my circumstances or make excuses when prayers weren’t answered according to the promises in the Word. If my life didn’t work out the way that the gospel promises, then I would search out the reasons why. I would not rest until I moved in the miracles spoken of in Acts. I would not relent from seeking my God's face and His will for my life until I lived out and surpassed all other believers that I had heard about and read about who were moving in gifts of the Spirit. Romans says, "God is not a respecter of persons." That tells me that what He will do for one, He will do for all. We are only to ask. And if it doesn’t come, then the problem is mine, not His. He promises. I just have to take it.

The supernatural world is often shrouded in mystery—and we here on the earth are left riddled with questions. Does God speak to us? Are demons real? Can sickness be the result of my own actions, behaviors, and beliefs? And is heaven real, can people actually see into this otherworldly realm?

In Black & White Faith, author Alison Dmytryshyn-Daniels steps out into the mystery and shares the intimate details about how God has touched every part of her world. From being healed of chronic illness to being witness to supernatural movements—even watching her father meet Jesus in the tunnel of death and then watching him ascend to heavenly glory after passing on from this life—Alison reveals how God cares about every detail of our lives. But even more, Alison’s journey shows us how God is there to walk with us through it all.

Now is the time to believe what you read in the Bible instead of dwelling in the gray area of human interpretation and “reading what you believe.” Black & White Faith will help you understand this truth with purpose, and with it the totally real and fully alive God will move supernaturally in your life too.

Alison Dmytryshyn-Daniels has a passion to introduce others to the real Jesus and show them the tangible effects of belief in a real God. Nature and creation are two of Alison’s favorite things, and the God of creation has given her one of her most cherished dreams—to live on the ocean and be surrounded by forests and wildlife. Alison lives with her husband and two beautiful daughters on the eastern shores of Nova Scotia.