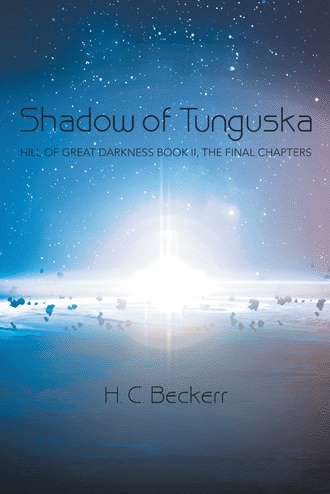 Simone stood silently on the ridge overlooking the site with clenched fists and a hot stare down at the carnage. Sergey stood next to her keeping an eye on the Ugandan and anxiously awaiting her next move. On the other hand, Martin was already half-way down to the floor of hell.

"And you say that my father never saw this...this place?"

"Nyet, up to couple days ago no-one outside my family had ever discovered it."

Letting out a huff of disdain, Simone started down the ridge. Sergey walked side by side with her, his eyes remaining either on the ground before him or on her...looking nowhere else. He'd seen enough of this place over the years

"Holy cow!" Martin yelled at the top of his lungs. "Hey Sergey, get a load of this!"

"He wants me to see something." Sergey grunted as he lifted his eyes to the surrounding chaos...He froze in place, unable to move.

"What is it Sergey?" Simone asked as she gently grabbed his arm.

His eyes, wide open with fear as he muttered something in his native tongue. While Simone was unsure of its meaning, she could tell by the intonation he was cursing. In fact, he was cursing a lot.

Before them lay the canoes with the human carnage, along with an immense skeleton of a monstrous animal (Simone reasoned it to be a dinosaur of some kind) lying on its belly. In the midst of all this madness, there sat a small submarine vessel that appeared to be melting or melding into the skeleton and the ground.

Martin ran up to the two and, taking photos, he spoke excitedly, "This sub seemed fine yesterday...well if you call any of this fine...and if having a rib poking through you is fine...but look...that sucker is melting!" Then a thought ushered its way into his mind and he froze in place. Martin looked back at the sub then back to Simone... "It's not radioactive is it? I mean, we checked it yesterday…"

She swung her backpack around and down to the ground (once again amazing Martin at her strength) and pulled out a small Geiger counter. Simone turned it on and swept the area, first towards the sub and skeleton, next to the canoes around them, she announced "No. There is no abnormal radioactivity present. We seem to be safe."

A small muffled chuckle emerged from Sergey, "Dah, safe." He sat down on the ground and stared straight ahead at the sub, now less than a hundred feet away. "You two go do what you must." He breathed in a deep breath through his nostrils and said, "I will wait. I will watch from here." Then almost as if on cue from an invisible Daniel Blackstone he looked right at Martin and added, "Touch nothing. Just look and take pictures."

Martin and Simone headed the rest of the way down the ridge and soon stood next to what remained of the Dart. Sergey was watching them and surveying the hellish scene from his position slightly above them. The first thing he noticed was that the petrified remains of the people he had always seen...they were gone. He reached far back in his memory and realized that never in his recollection of this place had such drastic changes taken place overnight. Sure, the sub came out of nowhere, but even then he did not know of the exact moment of its arrival.

As he continued to scan the area, he thought to himself this truly must be gateway to hell itself....

Almost as if from a far distance he heard his name being called out, snapping him out of the self-absorbed memories and pictures of days gone by in this place.

"How long has this submarine been here?"

"Two or three years." he answered without looking in their direction then said, "I am going to other side of ridge and wait" In his heart he was saying; I cannot bear this thing any longer. With no further words he arose and walked over the top of the ridge.

"Told ya." Martin said as he took a long stick and poked it at the 'melted' part of the sub before them.

She turned from the older man to gaze at Martin. "This submarine was lost while I was onboard Magellan... just a few months ago." Then as she looked at the ground around the Dart she added solemnly, "It seems that my father has been right all along..."

"Yeah, that reminds me...what is all this about your dad? He was here in this area studying the explosion...I get that, but...why all this secrecy and your sadness about it? I mean, if it had been a study for his Doctorate..." Martin, lost in his pursuit of a question simply blurted out "What's going on here?"

Simone knelt down next to Martin as he continued poking and prodding, "Listen to me, Marteen," He stopped what he was doing and looked over to her. She continued, "This place..." pausing briefly to glance around and then shrugging her shoulders restarted, "We as a people, maybe...maybe we are not meant to understand these things. At least, this is what my father thought. He believed that a black hole had entered Earth's atmosphere and exploded as matter and anti-matter collided."

"That's not so radical, people have said..."

Martin stopped as Simone reached over and touched his arm. "He also believed black holes to be gateways into the spiritual darkness. And; he considered them to be what Jesus called the 'outer darkness'." Suddenly Simone grew quiet with her eyes staring past him as they locked onto something. If he didn't know better he'd have sworn Simone had entered into battle mode. That's when he heard a very low, very ominous, growl. Better make that two growls.

Shadow of Tunguska: Hill of Great Darkness Book II presents the final chapters of a saga that weaves together the tale of the surviving crew members of the space craft Magellan as they wake up in a top-secret lunar base station. On Earth, tensions mount as the nation’s masses face a worldwide economic takeover. Meanwhile, a small contingent of American explorers braving the Siberian wilderness make a startling discovery at the site of the 1908 impact of an errant black hole.

H. C. Beckerr has crafted this conclusion to an epic sci-fi thriller that spans two millennia and two galaxies. He artfully draws together an ensemble of intriguing characters, a panorama of places, and a confluence of events and forces that will collide with energies like those unleashed when the famous 1908 Tunguska Event leveled the Siberian landscape upon detonation.

Shadow of Tunguska: Hill of Great Darkness has the power to enthrall, thrill and chill its readers. If you are curious about the intersections of the lives of people of faith with the mysteries of the universe, then Shadow of Tunguska will tell you a tale worthy of your attention!

H. C. Beckerr brings to the art of storytelling his years of experience teaching the Christian faith along with his deep admiration for the best traditions of classic science fiction. He currently resides in the St. Louis, MO area of the United States.