Cooking for a Beautiful Woman

The Tastes and Tales of a Wonderful Life 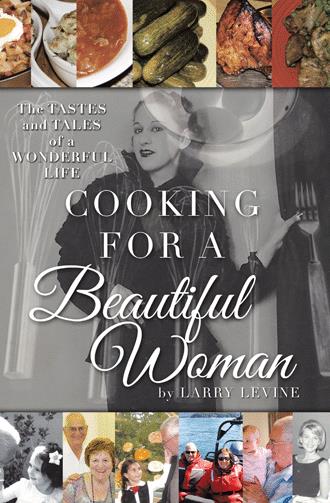 From the streets and playgrounds of Brooklyn, New York, to the Sunset Strip and the Las Vegas Strip, and at countless stops along the way, the women of Cooking for a Beautiful Woman honed the tastes and wrote the tales of the wonderful life I have known.

They were singers and secretaries, classmates and teachers, actresses and attorneys, mothers, daughters, granddaughters, friends, lovers and mentors. Together and separately, they wove a tapestry of smiles and tears and inspired the warm, funny, tender, and sweet stories that fill these pages. Some achieved fame and celebrity, and you will recognize them. Others you will meet for the first time. But all were memorable women, strong and independent women, intelligent women.

There was my mother, who was a big-band singer in the 1930s; an aunt, whose miraculous survival made headlines around the world; a teacher, who left China two weeks before the Communist takeover in 1949; and the daughter of an immigrant family from Mexico, who became my first girlfriend after our family moved to Los Angeles from Brooklyn. There was the love affair that was supposed to last a lifetime but didn’t, and the one that continues to grow after fifty years. There was Maria Callas, my first opera obsession; Judy Garland, the most electric entertainer I’ve ever seen; and Peggy Fleming, the figure-skating champion, who captivated me the first time I saw her skate and later grew to heroic dimensions beyond the world of skating.

They were singers and secretaries, classmates and teachers, actresses and attorneys, mothers, daughters, granddaughters, friends, lovers, and mentors. They were strong, intelligent, independent and witty. Together and separately they wove a tapestry of smiles and tears and inspired the warm, funny, tender, and sweet stories that fill the pages of Cooking for a Beautiful Woman – part memoir, part cookbook.

Larry Levine, editor and publisher of the online food magazine TabletalkatLarrys.com, is a home cook who has created more than thirty thousand meals in his lifetime. In Cooking for a Beautiful Woman he tells nostalgic and true tales about the women he has known and offers delectable recipes including traditional Jewish and Romanian dishes, memorable meals culled from the menus of restaurants on the Sunset Strip and Las Vegas Strip, and dishes from a broad variety of cultures. There are recipes for “Jewish penicillin” (also known as chicken soup), Romanian eggplant salad, barbeque ribs, eggs creole, Irish stew, baked spaghetti with garden sauce, biscuit tortoni, and scores of others.

Cooking for a Beautiful Woman shares The Tastes and Tales of a Wonderful Life, fascinating stories and tasty recipes that offer a glimpse into a man’s lifetime and the special women who touched his heart.

Larry Levine is a renowned political consultant and former news reporter and editor. He is a lifelong fan of baseball, food, opera, and the musical comedy stage. Larry, who estimates he has prepared more than thirty thousand meals for friends and family, is an avid golfer. He and his wife, Jennifer, live in Los Angeles, California. He is editor and publisher of the online food magazine, Table Talk at Larry’s; visit https://www.tabletalkatlarrys.com.