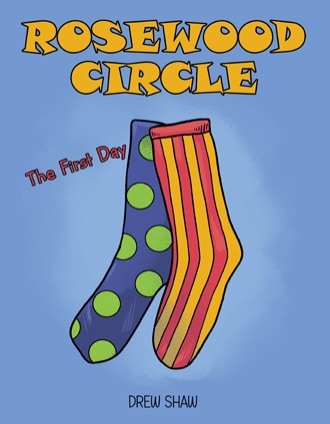 It was a maze, and at every turn a new and scary face. Like a submarine periscope, he scanned the room and found his assigned seat located in the center group of desks. The chatty students stopped their conversations and stared. What felt like a hundred pairs of hungry lion eyes followed him. David let out a quiet sigh of relief as he slid into his seat. When he glanced up, the prowling eyes that tracked him quickly turned away - but David caught broken pieces of whispered sentences that sounded like "...the new kid" and "...he's so quiet." David shook off the awkwardness by organizing his desk. Pencil in the holder, notebook in the center, and bag hanging on the back of the chair. Not long after, two students scampered toward David's group. "Hey, you must be new kid! That's Cynthia." The blond boy exclaimed, pointing to the athletic-looking girl. "And that's Tommy," Cynthia replied matter-of-factly. "What's your name?" "David,"he replied "Hey, everybody, the new kid's name is David!" Tommy shouted across the room. The almost-full class erupted in laughter as David shrunk to the size of a mouse in his seat.

Everyone has anxieties about new experiences like the first day at a new school. Familiar people and things are suddenly not there, and you may wonder if you’ll ever have another friend.

David Spencer, a third grader, moves to a new neighborhood with his family. The mystery of the first day of school and the chance to make new friends gives him anxiety. Will he make new friends? Will anyone play with him at recess? What should he wear? Despite receiving advice from his parents and even his older brother, David realizes that he must navigate the tricky terrain of a new school and new classmates all by himself.

Come along with this curiously superstitious, yet well-rounded, eight-year-old to find out if he succeeds and what lessons he learns along the way.

Drew Shaw grew up listening to and learning from gifted storytellers in his family, school, and church. Drew has a fascination with the nuances of verbal communication and how reading aloud makes stories come alive. The lessons he learned from storytellers and his experiences as a teacher, instructional leader, and consultant afford him a unique perspective to address relevant subject matter for children and adults.

In addition to writing, Drew is the co-founder of Acumen Learning Innovations, LLC, an education consulting company that offers innovative solutions to common challenges for schools and organizations.