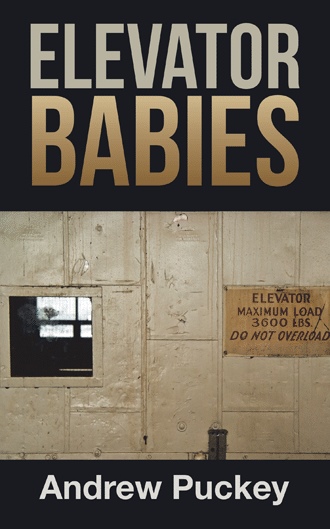 Before the internet, when moms sent kids out to play and they didn’t come home until dinnertime, one boy embarks on a unique coming-of-age journey filled with lessons as he embraces the joys and struggles of growing up during a time when adventures were plentiful and the freedom to explore was a way of life in every neighborhood.

As his path leads him into the midst of a legendary rock war with his cousins, a quick draw lesson from a sharpshooter, a lucky break on the basketball court, and a showdown with an unredeemable bully, the narrator triumphs at facing his fears, learns what a true friend really is, and comes to understand that, in reality, life sometimes means failure. Through the innocence of youth, all that accompanies adolescence, and the humor that inevitably arises from growing pains, the narrator soon realizes that a life filled with adventure, mistakes, and even disappointment is a life well lived.

Elevator Babies compassionately captures a young man’s journey through childhood and towards adulthood as he embraces the escapades and travails that come with a simpler time in America.

Andrew Puckey is an English teacher and adjunct professor of literature and writing in Central New York. He currently teaches at Whitesboro High School, where he has been working for more than a decade. When not teaching, he enjoys spending time in the Adirondacks with his wife and two children, and their dogs Jake and Ginger.