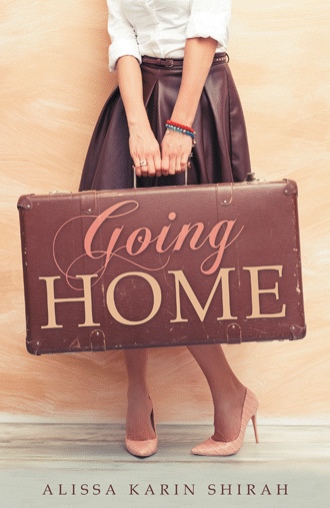 I never thought I would find myself riding on a Greyhound bus.  Until three days ago, the only form of public transportation I had ever taken was First Class on a jet.  Daddy made sure that we always had the best of everything. My sister and I each had our choice of brand new cars on our sixteenth birthdays.  Of course, the ever-practical Mary chose a fuel-efficient vehicle.  Even though it was over six years ago, I can still hear her now with her holier than thou attitude.  “I need a car that will get me back and forth to downtown without using a lot of gas.  I want to be able to help Daddy in the office whenever he needs me.”  So, she chose a hybrid.  But not me.  No way.  I needed a car that would make other people take notice as I drove by.  So, I asked for a cherry-red Hummer H3.    Mary rolled her eyes, which absolutely confirmed my selection.  It was the most beautiful gas-guzzler I had ever seen.

My father’s name is Lucas Anderson.  He is the strong and silent type, accustomed to getting his way, and rarely encountering opposition.  He is a workaholic who thinks that quality time can be replaced by a credit card.  That used to bother me a lot until I learned to take advantage of the system.  Either he never noticed or never cared.

Lucas Anderson is one of Dallas’ most sought-after lawyers.  His specialty?  He represents fathers in child custody battles.  I have lived most of my life wondering how in the world he could enjoy ripping children from their mothers. And when my parents split, guess who got custody.  These issues have plagued me for most of my nineteen years.  But now I think I am finally starting to understand.

Mile 42…I was wrong…4you were right…44…I don’t even deserve to be called your daughter.  The mile markers never stop torpedoing towards me.  As I stare out the bus window, I don’t even notice the miles of farmland. All I can do is rehearse in my mind the confrontation that I will be facing in a mere 500 miles.  45…46.  I can barely keep my eyes open…

Eighteen-year-old Cynthia Anderson wants nothing more than to live her dream of becoming a cosmetologist and rid herself of her perfect big sister, Mary, her daddy’s obvious favorite. Thank goodness for her best friend, Jessica, and her gorgeous crush, Brian Parker—the only two people distracting her from all her troubles. But as high school graduation finally arrives, Cynthia has no idea that her challenges have just begun.

Cynthia’s workaholic father wants her to follow in his footsteps and become a lawyer. But she wants to own her own salon with Jessica. After she finally summons the courage to stand up to him—just as her mother did before she abandoned the family years earlier—Cynthia sets out on a rebellious quest of wild abandonment where she transforms into a rule-breaker determined to find freedom from all her worries. But as she travels down a difficult road lined with bad choices and consequences, Cynthia must decide whether to continue down the path of destruction or turn and head for home.

In this inspirational young adult novel, a teenager embarks on a journey of self-discovery where she learns about the power of unconditional love and forgiveness.

Alissa Karin Shirah is a teacher who spent thirty-five years living within the hustle and bustle of Dallas until she and her husband packed up their three children and moved to the Rio Grande Valley. Her writing is inspired by her students and friends, her closeness with the Bible, her life experiences, and her vivid imagination. Going Home is her first book.