Free from Fear, Full of Power 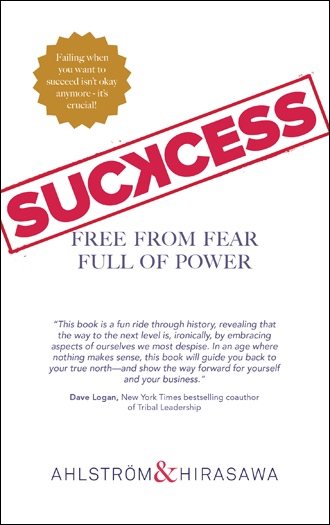 You could have cut through the air with a knife that day. The atmosphere in the room was antagonistic, to say the least. Although the man who was the center of attention—Akio Toyoda, CEO of Toyota—had brought his closest allies, he appeared nothing less than fair game. He was the youngest man ever to occupy this position, and crouching in his chair he resembled a child who against his will had been given the leading role in the school play. He sat at the podium, waiting for his chance to give his view on what had happened.

After some technical issues with the microphone, Mr. Toyoda’s lips started moving, but instead of the trembling voice of a man whose competence and judgment had been called into question, the sound of flashing cameras dominated the room. It seemed that the ruthless dynamics of the play taking place were far more powerful than Akio Toyoda.

A witch hunt had taken place in the months leading up to this day, with fingers pointed, accusations made, and blame assigned. Everyone’s attention had been directed toward the huge organization led by Mr. Toyoda. In the not-so-distant past, someone had committed a sin, and now everyone wanted to hunt down the sinner. The blame game had been going on for quite some time and was getting out of control. The public wanted to see heads roll, and lawyers, politicians, and all kinds of experts were digging in the dirt. Were the accusations true, and if they were, what would the consequences be? Was Mr. Toyoda to blame for what had happened, and if he wasn’t, who should be held responsible?

All over the world people were deeply upset, and no wonder. Six months earlier, a family had found itself racing to death in a car with a sticky gas pedal and malfunctioning brakes. That car, now a pile of scrap metal, had been manufactured under Mr. Toyoda’s supervision. He had not been the one who assembled the car in the factory. He had not been the head of the plant, nor had he designed the car model or the brakes or the gas pedals, but he was the CEO of the Toyota Motor Company, famous worldwide for delivering safe cars. And now Toyota owners all over the globe reported that they were experiencing the same problems that had led to the fatal accident. People were shocked by news reports about the crashes. The most gripping testimony had been a desperate phone call from the father at the wheel of one of the speeding cars. All that was left of him now were his last words, printed in the newspapers:

By now, many assumed that the accident would be the end of the car company so admired up until then. Indeed, this congressional hearing was the culmination of a long, exhausting process. At last the cameras stopped flashing. It was Mr. Toyoda’s time to speak, and he was reaching the most important part of his testimony, the part about guilt, blame, and sin. No one knew what to expect. Here was the head of close to half a million employees, a source of great national pride. How would he defend himself? People held their breaths. Mr. Toyoda, a descendant of the founder of the company, leaned forward so that his lips almost brushed the microphone before him.

And that was it; the blame game was over. The story so far had been a messy one, but this was the end of it. For anyone looking to find the true sinner, Mr. Toyoda now made himself readily available. He mentioned no one else and said, “I am deeply sorry for any accidents that Toyota drivers have experienced, [and] I will do everything in my power to ensure that such a tragedy never happens again.”

Please note that he did not deny the severity of the tragedy he was responsible for and that he never expected anyone else to share responsibility with him. The blame was all on him. Everyone could lay eyes on the sinner now; he was sitting there before a vast audience—white shirt, nice tie, a proper suit—and that’s when a miracle happened. Right in front of everyone’s eyes, Mr. Toyoda the Sinner disappeared.

HOW DO YOU REACH TRUE SUCCESS? By understanding fear of failure. You accept it and embrace it. When you do, inhibitions are removed and you become free to create the life you want.

We are oftentimes encouraged to transform from a negative state to a positive one using more force. This book convincingly shows how a more profound transformation is achieved by including all aspects of ourselves, even the bad ones, and how perceived opposites such as winner/loser, skeptic/believer, are in fact interconnected in a way that is fundamental to our potential to grow and feel well. As a consequence, this book illustrates how any person can master the art of accessing what is sometimes referred to as ‘flow’, ‘stroke of luck’, or ‘being in the zone’, at will.

Joakim Ahlström is an internationally recognized expert and pioneer in the field of leadership and personal development. His ability to harness human potential and inspire high performance has contributed to the success of global companies such as Coca-Cola, Volvo, Ericsson, and IKEA.

David Hirasawa is a practical thought leader who works with management, strategy, and leadership development at an international company. He has a background in political theory and philosophy, and his ability to bring stories to life has made him a highly appreciated author within the popular literature genre.