Jesus and the Mysterious Gospel of the Kingdom

Can You See the Bird’s Nest in My Mustard Tree? 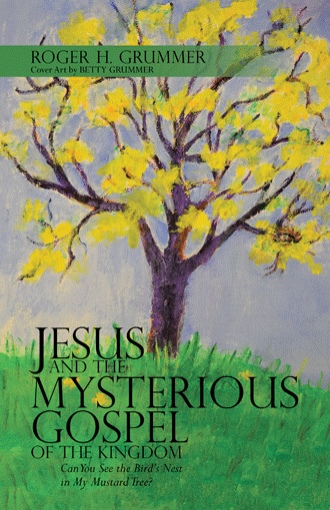 It may seem strange that the gospel or good news that Jesus proclaimed did not sound like the gospel that is proclaimed in Christian churches today. Today the gospel message that is proclaimed tells us the good news of a promised Messiah who has come, a personal savior who has come in the person of Jesus to save us from the eternal consequences of their sins? He had not yet died. He had not yet risen from the dead. He did not continually proclaim that he was the Messiah. Yes, he did make this known (John 4:25, 26), but he also told his disciples not to broadcast his messianic identity openly (Matthew 16:15-20).

Jesus is called the Son of God which simply meant that God was born as all human sons are born. Theologians know this process as the incarnation. Jesus was actually God who loved us so much that he came to earth born as a human being to free people not from tyrannical and evil earthly governments, but from the eternal consequences of having offended God with our sinfulness. The good news is that Jesus, the Son of God, perfectly expressed the Divine love to all people of every time and place through his life, suffering and death on a cross and then demonstrated the truth of it all through his resurrection to life again. Jesus did all of this for us so that we could live with God as his loved children now in this life and even after we die. The bible pretty much summarizes this good news in these words, "God so love the world, that he gave his only Son, that whoever believes in him should not perish but have eternal life. For God did not send his Son into the world to condemn the world, but in order that the world might be saved through him (John 3:16,17)." 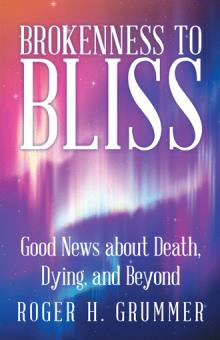 Jesus and the Mysterious Gospel of the Kingdom offers a contextual approach to understanding what Jesus meant by the gospel of the kingdom and how it will help believers discover fresh insights into what Jesus actually proclaimed during his time on the earth. With a knowledgeable, pastoral presentation, author and pastor Dr. Roger H. Grummer explains how it is not always easy for us to grasp what Jesus meant when he spoke about the gospel of his kingdom—in fact, Jesus himself had to explain it to his own disciples. Since we live in a different time and culture than the people of Jesus’s day, modern-day Christians can benefit from some clarification about the fuller meaning of his stories and teachings.

Knowing how your own understanding of the gospel of the kingdom compares to Jesus’s proclamations will help you to more easily see how the savior wants you to enhance your faith. And with this enhanced understanding and faith, all Christians can enjoy stronger and more intimate relationships with Christ.

Roger H. Grummer is a pastor emeritus and has served congregations in North Carolina, Louisiana, and Texas. Following his undergraduate studies at Doane College and St. John’s College, Dr. Grummer received his seminary degree from Concordia Theology Seminary and his master of arts in psychology and counseling from Nicholls State University; he earned his doctorate from the Lutheran School of Theology at Chicago. Dr. Grummer also served as an adjunct professor and hospice chaplain, and he and his artist wife, Betty, live in Colleyville, Texas.