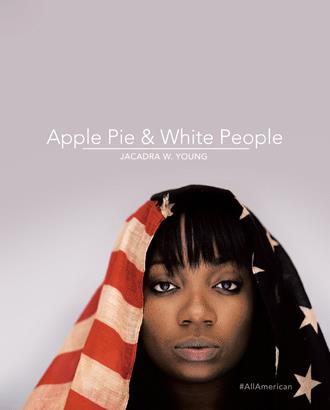 Thank you to everyone who participated in this series. I truly appreciate you for believing in me. Surreal is the only way I know how to describe watching your vision come to life. On July 19th 2014, when I took this first photo for this, I had no idea where it would lead, yet here we are.

A special thank you to the four most important people in my life, Micah, Miles, Nylah Boo and Zoë Boe, I love you guys more than you know. I thank God for you every day. To my parental units and FAMILY, thank you for all of the babysitting and chicken dinners you provided while I was working on this project. To my Foot Print family, Lynette, Tracy, Mystique, Kim, Renee, Naku, Zenia and Christina….Titos and Woodford all around. Vickey thank you for believing in me when I was too stupid to believe in myself, I guess having a big head doesn’t make me smart. Karletta, love you girl, and too anyone else I may have missed thank you thank you thank you, love you much and smoochies.

What’s the first thing that comes to mind when you hear the phrase “All American”? Would you use that phrase to describe yourself, why or why not? These were the questions I posed to a dear friend while sitting at my kitchen table. She paused briefly, chuckled and said, “I don’t know, apple pie and White people”.  We both erupted in laughter because I immediately understood where she was coming from and then it hit me, “that’s what I’ll call my book”.

When I was growing up, white women, who didn’t look like me, my mother, my sister or anyone I saw around me, were the standard of beauty by which all other women were measured. Chet, the tall and handsome, blonde haired, blue eyed All –American football player always got the girl. Her name was Brittany, and her long straight hair and fair skin complimented his lettermen jacket and convertible. Brittany and Chet were America. Pretty, fun-loving, and most definitely white.  While I understood that I was an American, I was no Brittany, and thus, would have never used that title to describe myself. I am African-American (since “black” is apparently outdated), my eyes are brown, my hair is curly and brown, and I have curves where Brittany did not.  From a very early age, I was repeatedly reminded that while I may be pretty, my nose was too large and that my hair would always look better straightened. Aside from my looks, I was also taught that though equality was promised by law there were certain things my white peers could get away with, that I could not. “You have to be twice as good, to get half as much”, was reinforced by my mother on a constant basis. She grew up in the Civil Rights Era of the 60’s, went to college in the Black Power 70’s and raised me through the sometimes color-stuck and turbulent 80’s. Again while I understood I was an American, the phrase “All-American” didn’t apply to me.

If the title is jarring to you, thank you, mission accomplished.  If you’re are reading this though, I applaud you for making it beyond the cover. Moving forward, this is not an apology. If the title upsets you, read something else. What follows are the true statements and feelings of Americans. American from every walk of life, background and ethnicity. The views expressed in this book are representative of individuals and do not embody the voice of any one race or gender. Furthermore, this is not an attempt to bridge any divide.  No one has asked me to bridge anything and I do not endeavor to. I am genuinely suspicious of anyone claiming to, of their own volition, bridge any divides they themselves did not create.

What this is, is a book of portraits, where the majority of the people I photographed, took the time to answer the same questions I posed to my friend at my kitchen table. This project has been a journey and the most refreshing part is that while some people shared my view, a good number did not. The answers here are honest (or at least I hope so) and reflective of the Americans that make up our great nation. Our country’s history is far from rosy and while we have definitely made progress, we still have so much further to go. Further to form a “more perfect Union”.

Watching my daughter play one hot evening in July, she did something that gave me a sinking feeling of failure as a parent. She placed a towel on her head and professed to me that she was beautiful because she had long blonde hair. Now at the time she had just turned 4, her birthday is right around the 4th of July. I sat there stunned for a minute, she was only 4 and already had misconceptions of what real beauty was. Wasn’t it enough that her father and I told her how beautiful was on a regular basis. Where had I gone wrong? Given her birthday was right around the 4th, I thought to myself, let me see what comes back when I search All-American, and so it was I fell down a rabbit hole (Google) and began the search. The first images of were, you guessed it, White people.  For pages and pages, I flipped through Google and did not see a single image that looked like me, my beautiful daughters, my son or my husband.  With this book of portraits and perspectives, I hope to change the image, shift the paradigm and redefine what All American looks like.

What’s the first thing that comes to mind when you hear the phrase “all-American”? In Apple Pie and White People, author and photographer Jacadra Young shares a collection of her photographs showcasing Americans from every walk of life, background, and ethnicity.

While capturing people in some of their most candid moments, Young posed the questions: What’s the first thing that comes to mind when you hear the phrase “all-American”? Would you use that phrase to describe yourself? Why or why not? Many of the subjects responded, and Young has included the responses—honest and reflective—with the portraits.

Offering an evocative photographic glimpse into this great nation, Apple Pie and White People communicates the theme that the world belongs to all Americans, not just white people.

Jacadra W. Young is a wife, a mother, and a photographer. She is a daughter, auntie, friend, cousin, and prayer partner. She is a shoulder, sounding board, and counselor. And certainly not least, Jacadra is an American.