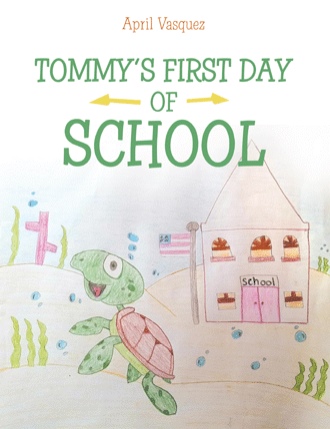 “Hey! Watch where you’re going,” shouted Spike. “I’m sorry, it was an accident. I didn’t see you standing there,” cried Tommy. Spike pushed Tommy and walked away. Tommy felt embarrassed and noticed that everyone was looking. For the rest of the day Tommy felt terrified of Spike and avoided him all day It seemed to Tommy that Spike was everywhere he went.

Tommy the sea turtle is so excited for his first day of school. He swims super fast all the way to Seaside Elementary, ready to learn and make friends. But instead of the warm reception he expected, Tommy meets Spike the shark—and Spike is not nice. In fact, Spike is a bully, and he likes picking on people smaller than him, especially Tommy.

Spike’s mean behavior makes Tommy not want to go to school anymore. He doesn’t want to talk to his mom about it, but he feels so sad inside. At lunch, Spike calls him bad names and makes fun of him. On the playground, it’s no better, and Tommy just wants to cry until one day, when something amazing happens.

Someone speaks up for little Tommy. Actually, a bunch of his fellow sea creatures speak up for him and tell Spike to leave him alone. Tommy has one friend and then another and another, and Spike doesn’t bother him anymore. No longer alone or afraid, Tommy learns that life is tough, but with great friends and family, you can get through anything.

April Vasquez is a pre-kindergarten teacher in San Antonio, Texas. She graduated from Angelo State University with a bachelor’s degree in Interdisciplinary Studies in Early Childhood Education. She enjoys being in the classroom with today’s youth, educating them and preparing them for life’s great adventures and challenges.