Sometimes in This Life 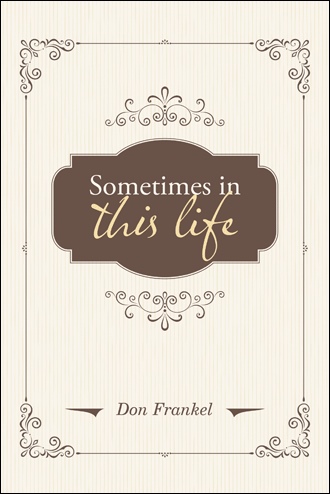 ‘He could see the Slovaks, three of them coming their heads bobbing up and down from the many depressions and little hills that marked the empty field they were crossing. They were coming. Coming to maybe find some intelligence in the saddle bags that the officers held, maybe. They were coming for probably what they knew officers had in their saddle bags and pockets. Stripping the dead of whatever they had was a practice that both sides engaged in. He could not begrudge them that. He’d done it himself, as everyone had. But they would find him alive. It was too late to up and run. They would see him. Then and shoot him down like a dog. They were coming for him.

As he laid the 1898 Mauser across the now dead horse’s hind quarters, he inhaled slowly. He knew in action you had to have the earth firmly beneath you. You had to have balance. He adjusted the sight to what he guessed was 120 meters. He knew at this distance the bullet would drop slightly. He also knew when you hunted birds that if you shot the leader of the flock, the one out in front, the rest of them would scatter.

There were three of them in this flock. He guessed two enlisted men following what must be a Sargent. The two enlisted men were carrying rifles held at high port. The Sargent leading the way out in front with only a pistol in his hand. He aimed for the last man. The last bird in the flock. He aimed slightly above the man’s head and then took that extra split second to make sure everything was lined up. Then he let the air out of his lungs and then he squeezed the trigger, letting the powerful rifle with its big bullet, let loose with everything it had.

The bullet hit the man right below the center of his neck. Henrich could see the blood shooting out behind the man as he flew back ward. The force of the rifle and its big bullet lifted him off the ground and sent him back and out of his line of vision.

Henrich worked the bolt quickly and chambered the next round and then watched as the other two men came on. They hadn’t heard the shot, same as no one here had heard the first shots. And, like the birds in the flock who didn’t notice that you’d shot the last one, they came on. And, faster now, as they were nearing their prize. Money, as officers were known to carry that. Fine saddles and boots and God knows just about anything officers might have. So on, they came. They must have figured everyone was dead or dying and no threat.

Henrich reset the sight to 100 yards. He knew at this distance that there would be no drop in the trajectory of the next round. He aimed at the second man running a few meters behind the Sargent. He could see the man was no longer carrying his rifle at high port but with his right hand in the middle, as if it were a bag. The man saw no immediate need to use it and no reason to be on alert.

Henrich aimed at the middle of this man’s chest. Then he took that extra split second to make sure everything was lined up and then he squeezed the trigger. The bullet caught the man dead solid in his chest and dropped him backwards as if he’d run into some invisible barrier and down he went.

Henrich wasn’t sure if the Sargent had heard the shot or the man go down or he just sensed something but the Sargent stopped and looked to his rear. But he was too late. Henrich had chambered another round, aimed carefully, taken that extra split second and fired the next shot before the Sargent could figure out what was happening. The bullet caught the Sargent so dead solid perfect that it didn’t knock him one way or the other. Henrich thought it must have hit him so dead center that it passed right through him, dragging his life right out of him. The man had enough time to look back at his two dead comrades maybe realize what happened before he just dropped face down, into the earth, dead.

Henrich could feel the Colonel staring at him. Maybe in disbelief. He wasn’t sure, but he got back to removing the Colonel from under the horse. There was no sense staying around waiting for anyone else. He chambered out the remaining bullets and then used the Mauser as a fulcrum and he didn’t have to worry about hurting the horse. The Colonel pushed as best he could and together they got him out. By then they could hear a whole platoon of soldiers all on horseback pounding towards them from their rear. They made a lot of noise. But before they got near them the Colonel now freed from the horse and in relief from being freed and just being alive, whispered to him.

Henrich nodded. So he wasn’t going to tell that his orderly was very proficient with a rifle, their Mauser no less. Because he was grateful or because he didn’t want to lose a good orderly? Perhaps both.’

It’s 1919 and Henrich Danek Stendal is leaving his native Hungary behind. Having survived World War I, he’s heading for America and New York City with his family in tow. His memories of the Great War resound in his mind, as does another deeply buried memory. There is no turning back.

It is also 1979 in New York City and Daniel Henry Stone is a wild, young man who never backs away from a fight. He’s worked as a cook and a bartender most of his young life, but now he’s landed a gem of a job as a renting agent in a large, thirty-two building complex. But that’s just the tip of the iceberg. This building complex just might go co-op, and he could cash in on the deal of a lifetime.

Their lives, although sixty years apart, will intersect in both action and thought, through the women they meet, the fortunes they seek, and the battles they wage. The mystery of their connection is both endearing and timeless.

Don Frankel is a New York City writer whose many short stories and articles paint a loving portrait of the people and the City of New York.