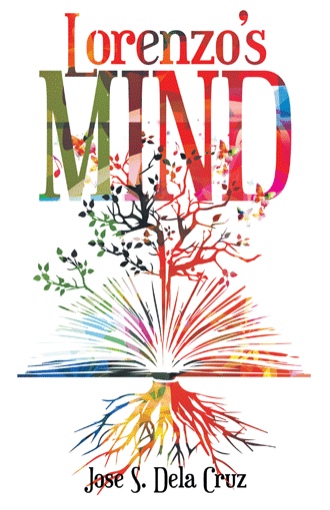 “Lorenzo’s Mind” is the story of a 62-year old trial lawyer, who was experiencing nightmares almost every night for two straight weeks. At his wife’s urging and concerned that he might be having a brain disorder, he had himself examined by a neurologist for neurological disorder. The results were negative and he was relieved that he did not have a brain disorder. Shortly afterwards, he decided to see a psychotherapist to find out whether he might be suffering from some type of mental illness, which could have been the reason for his nightmare. After several sessions of talk-therapy with a clinical psychologist who specialize in nightmare and similar mental disorders, he found out that the most likely cause of his nightmare was the severe stress he was having while litigating a major car accident case. The car accident had killed his client’s husband, a 46-year old medical doctor, and left his client paralyzed. They have three children: ages 11, 8, and 5.The two weeks of nightmare he experienced had literally coincided with the last two weeks of the three-week trial. Lorenzo eventually won the case and his nightmare stopped.

Lorenzo’s nightmare became a wake-up call for him. Thinking that he only has about 20 years remaining if he is lucky enough to reach 80, Lorenzo decided he should take a new approach to life and begin slowing down. A deeply intense lawyer—a perfectionist who worries about his cases all the time, Lorenzo was a ticking time-bomb during the entire time he was litigating the car accident case. So as soon as he won the case, he decided to slow down and begin enjoying his remaining years.

Lorenzo began playing golf again with his buddies. At the spur of the moment one day, he decided to take a vacation to Europe with his wife. During the trip, he began thinking about how significant the mind is. It dawned on him that the mind is indeed the very essence of man’s existence. But for our mind, we cannot know what is going on. Not only is our mind the mechanism that makes us conscious; it also gives us the capacity to have our human emotions and feelings. Because of the mind, we are either sad or happy. We are either depressed or we enjoy life depending on our state of mind.

During the two-week vacation in Europe, Lorenzo realized the growth of human consciousness as man evolved over the past several thousand years. It dawned on him that, although our mind emanates from our physical brain and gives us consciousness, we do not really know (at least, not yet) whether the mind is purely a physical phenomenon, or whether it is something that lies outside the dimensions of space and time, the four dimensions that our senses could perceive.

As Lorenzo unwinds his law practice and begins to appreciate and enjoy life, he realized that the life of man on earth is always swinging between happiness and sadness. The world can indeed be terribly depressing for many of us. For example, most of us have close friends and relatives who go through life suffering from incurable diseases, such as cancer, brain disease, and so forth. Others suffer from poverty and other misfortunes in life. As each one of us go through life, some of us ask ourselves: what really is the meaning of life here on earth? What really is the purpose of man here on earth? And as always, we find that we cannot answer these fundamental philosophical questions because we are like fish in a glass bowl. The only experience we are aware of is confined to the glass bowl in which we live.

Lorenzo is a sixty-two-year-old personal injury attorney who fears he is losing his mind. Plagued by recurring nightmares, he embarks on a journey of self-discovery to understand why. When he learns he is suffering the effects of litigating a major case, Lorenzo fears he is having a mental breakdown, decides to shun his perfectionism and take a new, more relaxed approach to life.

After Lorenzo spontaneously decides to fulfill a lifelong dream and vacation in Europe with his wife, he begins exploring the significance of the essence of man’s existence: the mind. As he searches for answers to his psychological dilemma, he helps others along the way while contemplating man’s purpose, explores the irony of significant historical events, and reflects on the power of the human mind to change the world. But it is only after he returns home that Lorenzo realizes that his nightmares may have been a blessing in disguise as he slowly unveils the secret to happiness.

In this poignant story, a brilliant attorney who fears he is losing his mind sets out on a personal mission to answer his complex questions and transform his life from unfulfilling to rewarding.