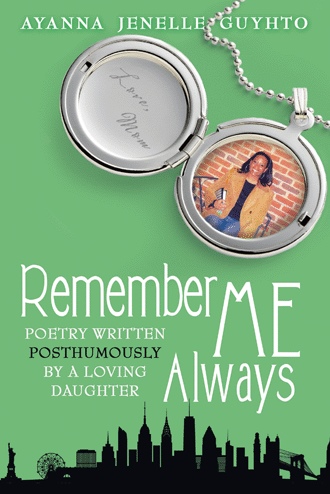 The questions may be many––but the answers are few.

Some are hard to find; same are right in front of you

what’s the difference between a lie and the truth?

Tell too many lies and you’ll end up confused.

it’s when your lips play a game of Russian Roulette

And your words yield results that you know you’ll regret

then you wonder where in the world came this debt...

let me break it down so that you get it more clearly:

and how battles of race should be fought from within...

you claim that skin color should be used never to judge

so ask yourself why you chose cafe au’lait over fudge.

and whether your hair is kinky or straight

Bantu or Silky – natural or fake

ask yourself to whom you’re trying to relate

because the knottier the dread does not a conscious man make

and speaking of declarations of con-scious-nessssss

while you conjure up ways to get me out of my dress....

and here i thought that you were impressssssed

by the truth I’d professed

but your eyes seem to ressssst on the swell of my breastsss...

but guess what? they’re right there staring at you...

cut someone off on the highway – and call yourself kind

it’s the Snooze on your clock when you’re already late...

it’s trying to be tough, when you’re fighting back tears

it’s telling the LIE when the TRUTH is what you meant.

it lives and breathes beneath words and sound

it’s on Mainstream FM and that stuff underground

it’s on movie screens and in your dreams

in clouds of smoke from natural “greens”

it’s in your paycheck, your credit, and your job application––

it’s the gossip, the rumors, and false accusations

it’s your conscience, your daydreams,

and the hate in your eyes.

it’s seeing the crime, but turning your head

unless Channel 5 News is offering some bread...

it’s that ugly feeling in the middle of your gut,

when you tell a lie, by keeping your mouth shut.

tell it or smell it––hear it and fear it

the lie will cut deep whenever you’re near it.

i could go on and on, but my ink’s running dry.

for this world’s overcrowded with beautiful lies.

We think they hurt most when told to someone else

but the BIGGEST LIES, we tell to ourselves.

And by the way, in case you haven’t guessed.

There’s no way to cheat on this

Remember ME Always is a poetry collection that permits a peek inside the window of Ayanna Guyhto’s world of words. Yana’s life experiences worked to inspire her and inform. Her writing presents a fervent, vivacious view of life. Sometimes sympathetic—other times, amusing—she offers something for everyone via her many flavors of prose.

During her life, Yana wrote with sheer excitement, attempting to inspire and motivate. Her words aim to uplift and give hope. She possessed the ability to connect with people, so Remember ME Always portrays that connection and her love for life, people, and animals. Daily, she nurtured her capacity to find love all around her and inspire that love in others, as well.

Her poems bridge the mind of a child through to adulthood. These compiled works introduce the early writings of a seven-year-old through to the discoveries of a young woman. Her poems are sprinkled with perception, free of inhibition, and offer delight and pleasure. Remember ME Always takes readers on a journey—a journey to revisit again and again.

Ayanna Guyhto saturated herself with the many God-given talents bestowed her. Each gift had equal distribution of her labor.  She slighted none.  Ayanna took pride in perfection of her singing, art, playing her instruments and her writing abilities.

This poetry anthology, Remember ME Always, exhibits her adeptness at writing. The compilation of her work introduces you to early writings in addition to those she published at the age of seven and into adulthood. Later, she wrote articles for different online websites: Yahoo!, Associated Content, Examiner.com, and others.