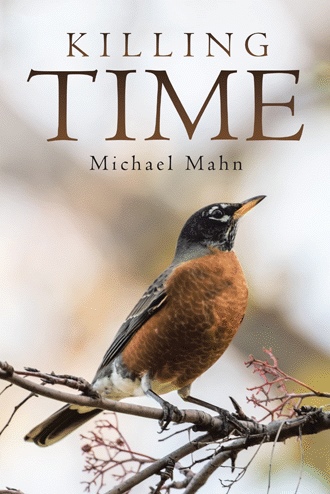 Chapter 1
“They needed killing, Detective, and you can kiss my bloody ass if you think I’m going to say I’m sorry they’re dead,” O’Grady said, the sweat dripping from his face onto the plain steel table in the center of the moldy-smelling room, with a hint of an Irish brogue giving an undertone to his statement. He wiped his brow and pushed back his thick, but close cropped, dark, wavy, red-tinted hair, which was matted after a week in the City without a decent bath or shower, except for the brief visit to Marie’s apartment above O’Malley’s Pub on Burgundy Street in the French Quarter, when Henry joined her in a hot-tub, which wasn’t hot since the power had failed, yet was substantially warmed by Marie’s physical energy.

That was two days ago, in the aftermath of Hurricane Katrina’s visit. Now, Henry Xavier O’Grady, known to his friends as Irish Henry, was sitting across the table from Quintus Travillere, Homicide Detective for the New Orleans Police Department. Travillere didn’t look much better, though his accommodations were substantially more refined than O’Grady’s.

The NOPD had taken over the Hyatt Regency, with a well-supplied wine cellar, and stock of whiskey in the hotel lounge, deep reserves of meat and dry goods, ample clothing, and generators that kept the power working until yesterday, when the fuel supply ran out. When the whiskey ran out, the NOPD would move elsewhere.

“Listen, O’Grady, I’m not going to take any of your shit. Just answer my damn questions. We’ve got three people dead and you were reported at the scene when they died.”
“Says who?”
“Says, among others, the Kid.”
“And who else?”
“The hotel clerk.” Travillere stepped back, awaiting the next question, and then got mad.
“Dammit, O’Grady, I’m the one asking questions around here.”
“Maybe so, Quint, but have you identified the deceased?" he paused, staring into Travillere's eyes. "Hell, I know the answer. You don't know who they are because they weren't carrying normal ID, which tells us they were indeed professionals. Right?"

Travillere nodded.
"Yeh, as I thought. And they weren't from these parts, were they?" Again, silence from the Detective, which itself was an answer.
"Exactly," O'Grady answered his own question. "That was obvious from the way they were dressed. Do you agree? If not, tell me why, please?"

Travillere avoided his stare and was making scribbles on his notepad. O'Grady continued the monologue.
"Of course they were not local. They were a hit squad, if you ask me, which you haven't asked, but I saved you a question. A pack of damnable assassins, they were, and, as all the saints in heaven would tell ye, Quint, they were hunting the Kid or me. Now, my dear and honorable investigator, please tell me why?”
“I don’t know why. That’s why you’re here. You killed them.”
“And you know damn well that it was self-defense. It was an ambush, Quint. Damn lucky I had my Glock.”

“Is it registered?”
“Is that why I’m here, Quint? Checking friggin' handgun registrations? You’re wasting my damn time. I demand some answers. Who in the hell were those people? Find out who they are, where they’re from, and you’ll be on the trail to learning who sent them, and a whole lot more. Can ye do that, might I ask?”

Irish Henry leaned back in his chair at the headquarters building and stared intently at Travillere. His deep green eyes burned into the detective’s French vanilla eyes. Quint tried to keep a poker face without expression, and to avoid flinching from the intensity of the look. Henry paused and then grinned. Travillere knew his performance was being watched. He had to turn up the heat.

“The Kid is spilling the beans, O’Grady.”
“Bull shit. The Kid was inside the damn lobby of the hotel when the gunfire started, and a good thing he was, Quint, or he’d be dead. If he’s spilling beans, it’s all gas.”
“The Kid is sitting in the next room, talking to Sergeant Farnsworth. The Kid has fingered you, Henry. You’re going down. You’d better give me something, or else we’re going to get an indictment.”

“Quintus,” Henry said, leaning forward, and, in a soft voice, whispered, “Listen to me closely, now. I know you’ve got your boys behind the glass, watching and listening. I know you lads are under a lot of pressure. Hell, you’ve got scores of dead bodies all over this friggin’ flooded city, and lots of ‘em show signs of foul play. I saw four floating in the damn canal before walking over here. Now, why would it be that these three are that friggin’ important?”

Henry noticed that Travillere flinched, just a slight tremor that flickered from the corner of his eye, like a squint, as if he were suddenly squirming. He shot a glance towards the one-way mirror, behind which nervously stood Chief Lanny Landrieu, who was listening to every word. These were not just any dead bodies. The squint confirmed to O’Grady what he had suspected. This was important to the Chief. Why? he wondered.

In the aftermath of Hurricane Katrina in New Orleans, anarchy and chaos rule. Dozens of foul-play situations are reported as corpses are discovered in empty houses and buildings. Scores are being settled. A former assistant district attorney, Henry Xavier O’Grady, known to his friends as Irish Henry, is in the midst of it.

Henry encounters Martin “the Kid” Montague, a writer and a witness to the JFK assassination. The Kid has feared for his life since that event. Henry and the Kid each have their own enemies, a direct result of how well they do their jobs. Some of these enemies are the same, namely the local mob, but others are jealous co-workers. The pair’s troubled histories catch up with them in the Big Easy and lead to a denouement that offers insight to the tragic event in Dallas.

With touches of international intrigue and romance, this mystery novel offers an alternative theory to the lingering question of the JFK assassination.

Michael Mahn is an attorney who has a military background and a keen interest in one of America’s lingering mysteries: the JFK assassination.