A Little Gleam of Time

by Timothy A. Sexton 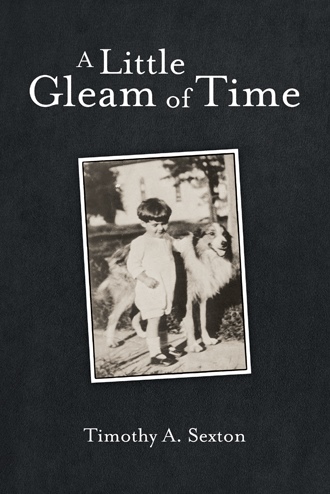 Late afternoon October 21st, in Ames, the broken cloud cover would only allow the temperature to struggle into the 60’s. Joe was in the stands at the football game between Iowa State and the University of Missouri. The Iowa State Cyclones never mounted much of an offence, losing 13 to 39, and the disappointed crowd started leaving Williams Stadium before last snap, even though it was homecoming. Joe and Marilane shuffled in the stream of disgruntled fans down through one of the exits. They then headed past Lake LaVerne, no doubt grousing about State’s poor play. Just past the lake, the couple was half way up the steps of the Union when Joe heard someone yelling his name. Turning around, he could see that it was a fraternity brother. He had been frantically looking for Joe in the mob leaving the game.
“Someone has been trying to call you on the phone all day” his friend shouted from the bottom of the steps. Like the phone call late at night or the sober tone of a family member on the line, the implied urgency of the utterance gave Joe that uneasy feeling in the pit of his stomach. Hurrying the two blocks back to the fraternity house, he learned the calls had been coming from Sumner. Nervously dialing home he got his mother, Inez. Her voice was subdued and quivering. His father had died.
Early that morning George had gone to his office. His rheumatism had subsided and he had just recently started back practicing full time. His small office was only half a block away from the family home, a gentle walk for a man who in the course of the last several months had gained weight. His humble office was just large enough for his desk and room for his vet supplies. George was already seated at his desk, possibly working on his books, when Oscar Bethel arrived. Like Doc Devine, George had a driver, and Oscar, besides driving, also probably proved to be helpful when it came time to manhandle a horse or a cow. The two men briefly greeted that morning and Oscar appeared ready to go. George pushed back from the desk and took a few strides toward the door. He hadn’t even cleared the doorway when he turned back toward his desk. In a short gasping statement he told Oscar he wasn’t feeling well and wanted to sit for a minute, collapsing on the floor as the last word left his lips. Oscar rushed to his side grabbing him under his arms and pulled him up to his chair. Oscar had managed to maneuver George into the chair, but when he released him George slouched forward dead. George Sexton was only 57 years old.

Tucked away in the nation’s heartland, a boy was born the very summer the United States would enter the First World War. His name was Joe Sexton, and his life would bear witness to the dramatic and monumental changes and events that marked the twentieth century—the First World War, the Great Depression, and the Second World War. While all of these events would profoundly affect the course of the United States, for Joe Sexton and his family, they would also mark the end of an era.
A Little Gleam of Time offers a window into the life of native son Joe Sexton and the changes and eventual fate of a small Midwestern town—Sumner, Iowa. As much a story of growth, expansion, change, and the inevitable decline of both the town and the surrounding family farms, A Little Gleam of Time follows Joe Sexton’s journey from youth, veterinary school, and a young love interrupted by war to the fifties, raising a family, and living life in small-town America.
Joe’s road wouldn’t be the scenic route of youthful imagination. Rather, it would be a pedestrian path—one that a son instinctively vows never to take. But beyond the grand events taking place on the globe, Joe, Mary Elaine, and their nine children represent the triumphs and failures, gains and losses, and loves and despair of a bygone but evocative era of American history.

Timothy A. Sexton is a professionally trained dentist and practiced for years in the town of his birth, Sumner, Iowa. Tim is the son of Joe Sexton, and he has always been interested in history and genealogy. Today Tim lives with his wife on a farm outside Sumner.