Bonded with an Alien Female 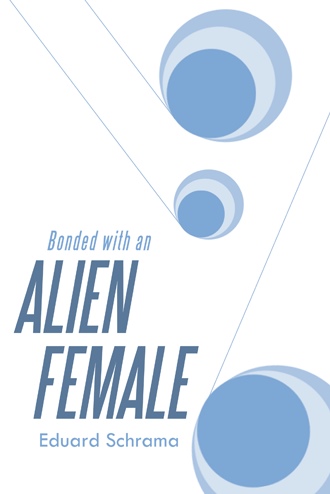 An encounter at a flea market in Holland, the country of my birth, drastically changed my future. I immigrated to America at age 24, and at age 70 decided to make this the last visit to Holland. I've always found these markets interesting and spend the afternoon resisting the urge to carry useless items home. As the stalls emptied, an old man remained with his place still fully loaded with items. Strangely, I had the urge to ask why he had not left. "I have an item that has tremendous value for the right person, and I think you may be the one," he said. He produced an old computer monitor and convinced me to have him demonstrate its powers. The monitor produced shocking images from my past, and he urged me to take it home to America. "Guard it well, it's a valuable instrument, he said. His demonstration made enough of an impression to promise him I would care for it. Upon my return home, I forgot the strange episode until the old man knocked on my door, accompanied by a stunning looking female. "We're here to explain the mission you'll be part of."In passing, he mentioned that they were from another world. "Don't be shocked. We have observed you since birth," the man said. Casually, the female mentioned she'd be living with me as my partner in this endeavor. They cloned me, giving me a younger exterior, and fused my brain with the females. I became an instant savant. We travelled to major universities in Europe and visited defense facilities in the Far East. We completed the assignment they had, and I settled with my partner on Long Island enjoying the fruits of our successful completion of a mind blowing episode.

When a seventy-year-old man named Eddie visits the country of his birth, the Netherlands, nearly fifty years after he has moved to the United States, he has an odd encounter in a flea market. An elderly fellow persuades him to buy an old computer monitor, one that produces shocking images from his past. He does so—and unknowingly and drastically changes his life.

Eddie takes the old monitor home with him to America, only to be surprised when the man from the flea market arrives on his doorstep with a woman. They are from another dimension and have been observing him since birth. Now they need Eddie’s help in order to prevent the destruction of the earth. The beings ask him to join their mission, and in order to make it easier for him, they clone him, giving him a younger body to house his consciousness and bonding him with the woman, whom he now knows as Jane. Their goal: to serve as the technical team that will delay and ultimately curtail global weapons development progress.

In this science fiction novel, a man works with two aliens to inhibit nuclear proliferation on earth and save humanity from itself.

Eduard Schrama wrote his autobiography in 2016 at the request of his two sons. He took essay-writing courses during that time and continued the writing challenge, resulting in this, his first novel. He currently lives in Southhampton, New York.