Guardians of the Shard 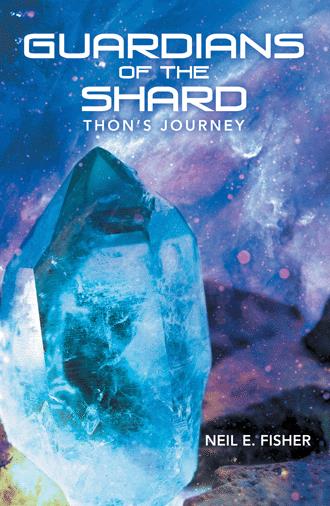 The library was situated on the fourth level of the Temple. It was nestled within the mountain itself. Its many shelves were carved into the walls of the mountain passages themselves. It contained more libro-comps, note-comps, and vid-comps then he had ever seen in his life. Even stranger, it contained actual hand written scrolls and printed page tomes, some even dated from his lifetime. The mine cell school had said they had all but disappeared from use. But, here they were!

As he entered the huge entrance hall, Kax surprisingly appeared as if from thin air to startle him.

“Hello, young sir! Such a pleasure to see you here! I didn’t expect you to have left the infirmary so soon. Quite a fortunate development!”

“Yeah, I guess I’m either a quick healer or the crystals worked their magic.”

“If I had to hazard a guess, I believe it’s a bit of both.” smiled Kax.

“How may I serve you? Are you looking for something for one of your classes? For entertainment?”

“I’m actually wondering if you have anything on blue crystals. As you know, I’m the only student dumb enough to pick one.”

“Nonsense, my lad. Pure nonsense. You’re just…unique, that’s all. A blue crystal user hasn’t been seen since my youth. They just aren’t that common in our times. But, in the past…”

“In the past? What does that mean? What happened to them? Were they all jokes like I am?” Thon interjected.

“Jokes?! Hardly! They were among some of the most notable Guardians once upon a time.”

“Notable as failures, I’m guessing… Or maybe comedians. I’m good at making people laugh at me…”

“Here, let me show you! Follow me to the shelves of classic stories.” Kax motioned.

The two of them went through the great hall into a smaller tunnel off to the right. The sides of the tunnel got narrow very quickly. Thon had to follow behind Kax as he could no longer stand by his side. The white crystal lights above the passageway also became dimmer.

“I should have those crystals replaced soon, I imagine…” muttered Kax.

After about ten minutes of walking, they finally came to the end of tunnel. It was a dead end and the two of them were surrounded on three sides with shelves containing scrolls and printed tomes.

“And here we are! These shelves contain stories of some of the earliest members of our order. Many of them date to before the planet-wide Empire. I reckon that you may even find tales of the Crystal Sailors of the Southern Isles. No doubt your father told you of their heroics.”

“Not so much. He did mention that his favorite skip-racer team was called the Crystal Sailors, though.”

“No matter. You can learn about the TRUE Crystal Sailors here in these volumes. I must leave you now and attend to my other duties. One of the student aides should be around in about two hours until dusk when all of us must retire for our night’s rest. Until then, enjoy!”

“Thanks, Kax! I really appreciate it!”

As Kax walked away, Thon scanned the shelves for answers. There was a ton of stuff on the shelves, tightly packed, too. He even noticed that a few of the titles were written in dialects or languages he wasn’t familiar with. Some of the ones he could decipher included: “The First Guardians,” “The Chronicles of the Convocations,” and “Heroes of the Prism Wars.” All of them sounded like they were worth looking at. He just hoped that he could find something more about blue crystals or Guardians that used them or, rather, used them successfully.

“The Chronicles of the Convocations” was the first tome he opened. It looked like a record of meetings that took place every so many years among all the planet’s Guardians. It was filled with seemingly endless tables that listed the year, the meeting or “convocation” title, the location, the participants, and the matters discussed. There was also a couple of appendixes in the back of it. They listed a catalog of simple items like Temple building materials, food, and livestock. Nothing too exciting. They reminded Thon of the grocery lists Mata used to load onto his note-comp when she wanted him to pick up some stuff. He found lists of Templemen, students (“Wow! The class sizes were huge back then”), and the birth and death dates of certain Seers. It looked like each Temple had not only more than three Templemen back then, but also more than one Seer. Then, he came to something really interesting!

At the very end of the tome, there was a list of crystals. Not only that, they showed that certain crystals were handed down to different users through the years. The tables were organized by color. He saw lists for orange, red, green, violet, black, and even white and yellow crystals. “Don’t they just use white and yellow ones for machines now?” Thon thought. “Also, don’t the crystals run out of power after using them for awhile? That’s what happens to the white and yellow crystals all the time.” He frantically flipped through the pages in this section, looking for the table of blue crystals. “It has to be here SOMEWHERE!”

Sardentia. It’s a planet where the chief source of energy resides in the crystals which lie deep beneath its surface. Most crystals are used for everything from lighting one’s home to powering a hover car’s engine. However, there are certain crystals, when handled by gifted individuals, that unlock a wide variety of spectacular abilities. These gifted people are called the Guardians of the Shard. The color of one’s crystal determines which powers may be harnessed. Dedicated to protecting not only their fellow citizens but their planet as well, their numbers are now dwindling.

The temples that train future Guardians become emptier with each passing year. Thon is one such young Guardian. Unlike many, he comes from the mining class. In a group consisting of a powerful princepol’s son, a wealthy merchant’s child, and an intuitive energy user, he proves unremarkable. Even the crystal he chooses inspires ridicule. Though he displays abilities unseen in many generations, his place at the temple remains in constant peril.

But the greatest heroes often arise from the most unlikely places. Against the backdrop of increasing political greed and alien influence, the challenges of being a temple outcast, and the rising threat of an ancient and forgotten evil, Thon must make a desperate choice. Does he become a hero to his people or does he surrender to the challenges thrown his way? Will he bring doom or salvation? Find out as Thon begins his epic journey.

Neil E. Fisher is an aspiring writer and educator who lives and works in Frederick, Maryland. He’s been creating new worlds and characters since he was ten years old. His comic book work can be found in Tales from the Comics Experience, Great Zombies in History, and Aliens among Us. This is his first novel. Fisher currently lives in Frederick, Maryland.