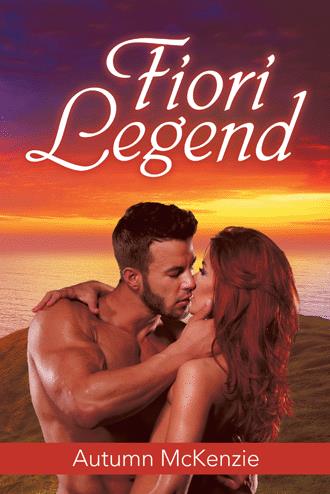 Lying on the beach as the morning began to dawn after a luscious feast of fruit and each other during the night, Miko decided to take in the refreshing morning waters of the Mediterranean. Looking down at Skye as she lay sleeping in his arms, he carefully slipped his arm out from under her head and headed towards the water. As the coolness enveloped his body, he closed his eyes as thoughts of their lovemaking made him burn with desire, once again. His intuition had told him she had never been with a man before and he made no demands, but waited patiently until she was ready. Finally, looking deeply into her eyes, he saw the trust she was willing to give him and the unmistakable desire she felt and reached out to draw her near until their lips and bodies had come together in fiery ecstasy. As their passion mounted, he slowly and gently penetrated the soft folds of her innocence and feeling the resistance of her virginity, was hesitant to continue until he felt her body arch and take him completely. Hearing her initial gasp of pain soon turn into moans of pleasure, the fluidness of their rhythm was unlike anything he had ever experienced with another woman. Shaking his head, bringing his thoughts back to the present, he knew he was completely and hopelessly under her spell since the minute he looked into those fathomless emerald green eyes, and meant to make her his. The desire to possess her as imperative as breathing in and out. Waking, just as he emerged from the water, Skye’s eyes drank in his broad, muscular shoulders and tanned body glistening in the sun and knew in her heart that one touch from him again would send her into the ecstasy she had experienced again and again during the night, a night of heightened pleasure and passion she had only dreamt of in her most intimate moments. The thought of his lips on hers filled her with desire once again, awakening emotions she had never experienced before and probably never would again after she returned to Ireland. Thinking back to the way he had gently caressed her body during the night, clearly making his desires known, she knew it had taken all his restraint to hold back, sensing she had never been with a man. Knowing that he was prepared to wait until she was ready to give herself to him made her surrender even sweeter. Looking at him now, she knew she wanted him more than anything else and as he knelt down on the blanket she reached for him, slowly and deliberately running her hands over his powerful, wet, lean body, until she felt him shudder with desire. Then, moving closer to him, she offered herself freely, hungry for his touch and the searing rapture she felt when he was inside her. As he eased himself down by her side and gazed into her eyes, Miko was utterly spellbound by her beauty, and as he slowly trailed the back of his fingers down her cheek, he knew he didn’t want to use her like some cheap whore from the streets to prove his masculinity, but covet her as some rare jewel meant to be treasured. Somehow, and it was a complete mystery to him, she had become someone very special. Everything, in fact, that he had been missing for a long time and there was no way he was going to let her walk out of his life now. Holding her gaze, he slowly let his hand slide down her stomach and over the curve of her slim, rounded hip while cupping one breast lightly with his other hand, lightly caressing the nipple which immediately hardened at his touch. As he slowly bent to close his lips around it and suckle hungrily, she moaned and cried out softly, arching her back, eager for him to claim her, once again. Slipping his hands under her hips, he rose up on his knees and spread her legs apart, then quickly lowered himself onto her, thrusting himself deep into her welcoming moistness. Clutching his shoulders, she moaned in ecstasy as he filled her undisguised desire for him and when he bent to kiss her, she returned his kiss with such intensity, he groaned from the sheer burn of passion she ignited within him. If anyone had happened upon the scene, they would have been mesmerized by the two glistening bodies moving in perfect undulating harmony as the glimmering beams of the morning sunrise embraced their bodies with a golden luminescence giving them the appearance of bronze statues come to life. When all their passion had been spent and they lay sated and cradled in each other's arms, the nagging thoughts Skye had successfully pushed to the back of her mind all night seemed to thrust their way into the present until she could no longer ignore them. There was so much she wanted to tell him, but what kind of woman would he think her if she did? Did she want to take that chance?

Miko Fiori is a powerful and handsome Greek mercenary following in his father’s footsteps. Gifted with a muscular body that is impossible for women to ignore, Miko has certainly had his share of women. Yet lust and desire are all he has given of himself – until the day a beautiful, green eyed vixen walked into his life and changed everything.

Skye Avalon, daughter of a high-ranking Irish member of the IRA, can arouse passion in a man with just one look. But as of yet, she is as untouched as newly fallen snow. When she is captivated by Miko at a charity ball, her friend, Tess, discloses his secret profession and makes Skye swear not to tell anyone. But Skye is not the only one who was bewitched that day. As they become embroiled in a torrid romance, Miko and Skye must attempt to survive seemingly insurmountable odds as their passionate journey leads them from the beautiful, languid Greek Islands to the turbulent unrest in Ireland where mercenaries clash in a battle with the IRA, a confrontation fueled by men’s lust for power and the need to settle an old score.

Fiori Legend is a sizzling romance with a twist of wicked betrayal, danger and deceit, as a ruthless rogue mercenary finds unexpected love, but must battle Ireland’s powerful IRA to survive and keep it.

Autumn McKenzie is an Ohio native who has traveled extensively and particularly enjoyed living in Germany with her husband and son for several years during her husband’s career in the Air Force. Her favorite things to do, when she is not writing, are reading, crocheting and enjoying long talks with her son who lives out of state. Autumn lives with her husband and Chuck the goldfish in a small California town where she is currently working on a new book.