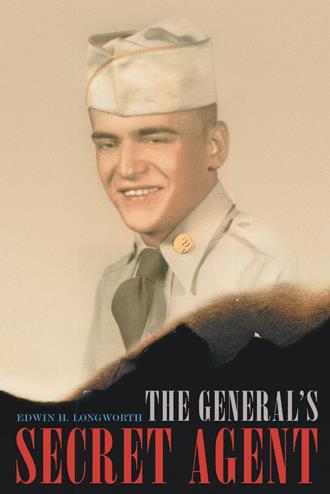 I pointed my gun at his chest and fired. He staggered back but did not fall. As he began to raise his pistol, I fired again. He staggered again but still didn't go down. I saw him point his gun at me and fire just as I pulled my trigger twice in desperation.

I felt the bullet hit me in my left chest. It felt like a big man had hit me very hard. I was knocked off my feet, and the next thing I knew, I was on the pavement, looking up at the sky. I lay there for a few seconds, trying to get my bearings. I knew I had been shot, but there was no pain. I was just numb. I wondered if the man were going to finish me off. I wondered why he was not the one on the ground. I had shot him first, twice actually, and I was the one who was down. The only thing I could think of was to hope that he was out of bullets or that his gun would misfire.

Seventeen-year-old Edwin enlisted in the military to avoid going to prison, never expecting his decision to lead him on the deadly adventure of his life. Trained to be the best, he soon adheres to little more than Wild West rules: kill or be killed. While dodging bullets--and catching a few--he makes enemies but serves his country with bravery and honor.

The General's Secret Agent is a thrilling narrative that exposes the inner workings of the military. Filled with intrigue, it is a work of fiction, although much of it is based on the author's own experiences. It would be foolhardy to admit to murder or spying on the government, and yet, these things happen within the bounds of so-called fiction. Can you separate truth from story in this twisted tale of military intelligence?

Edwin H. Longworth was forced into military service at a very young age, but it turned out to be the best thing that ever happened to him. Growing up, he had no adult supervision, so he lived like an outlaw, taking what he wanted. Thanks to the military--and several lucky breaks--he has succeeded and now writes his first book.