A Collection of Quirky Rhyming Tales 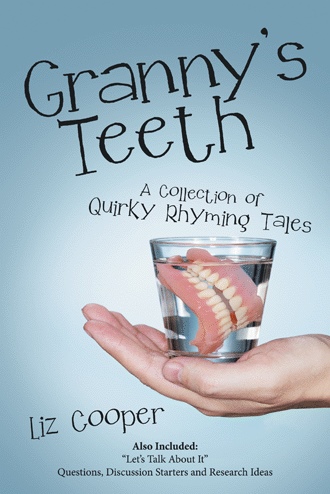 François and the Tide

François Riflemeyer carefully planned
to build a fortress in the sand
with a moat and tower and drawbridge and tunnels,
using shovels and pails and molds and funnels,
hauling buckets of water from the salty ocean,
mixing sandy cement with a stirring motion.
There were roads and ramps and tunnels inside
that he dug and patted and molded with pride.


The towers got taller as the beach grew smaller.

"Aha," said he and laughed at the sea, François
"I’ll hide in my castle where you can’t stop me.
So there!"

François Riflemeyer didn’t understand
that a fortress only built of sand,
will sink and melt and fall and tumble
when the tide comes in with a whoosh and a rumble.
As the water came near, he showed no fear.
He held up his hands, and he tried to shout,
but the waves kept sliding in and out.
He bailed and splashed and kicked and scolded
as the castle flattened, shrank, and folded.

It made no sound as it sank to the ground.

"Aha," said the sea and laughed with glee, skip line
"I took your castle, and you couldn’t stop me.
So there!"

François Riflemeyer stubbornly planned
to dig a hole deep in the sand
using spoons and scoops and a dog named Digger,
who brought four of his friends who were even bigger.
Sand flew through the air in a big sand pile,
and this went on for quite a while.
It measured two feet deep and three feet round.
The roar of the waves was the only sound.

The hole got deeper as the pile grew steeper.
"Aha," said he and laughed at the sea,
"I dug a deep hole, and you couldn’t stop me.
So there!"

François Riflemeyer began to understand
that a three-foot hole dug in the sand
will fill with water when the tide comes in,
and churning around, it will start to spin.
He held up his hands, and he tried to shout,
but the waves kept sliding in and out.
He bailed and splashed and kicked and scolded
as the sides of the hole collapsed and folded.
The hole disappeared as if never there.
After all that work, it wasn’t fair!

Okay," said he, and bowed to the sea,
"you’re bigger and stronger and smarter than me.
You win!"

François Riflemeyer turned to walk away,
disgusted and tired after a long, hot day.
Then he tripped over something, and down he fell.
It was a beautiful, shiny, rainbow-colored sea shell.
"François," said the sea with a mighty roar,
"come back tomorrow, and I’ll give you more.

Preview Note from the Author

It’s fun to talk about a story, but often, elementary age children don’t know what to talk about beyond the basic plot and whether or not they liked the story. That’s why there are intriguing kid-friendly questions strategically placed at the end of each tale, with additional “Let’s Talk About It “questions, discussion starters, and research ideas in the back of the book.    The storylines are simple and funny, yet the themes are surprisingly complex, providing lots of opportunities for dialogue.

Whether looking for a lost shoe, staying awake all night listening to a chatty set of dentures, or watching Grandpa’s hair fly away, the young characters in these fifteen quirky tales find surprising solutions to life’s unexpected events. The storylines are simple and funny, yet the themes are surprisingly complex, providing lots of opportunities for the sharing of ideas. It’s fun to talk about a story, but often, it’s hard to know what to talk about beyond the basic plot and details. In order to encourage critical thinking, there are intriguing kid-friendly questions placed strategically at the end of each tale. This gives readers an immediate opportunity to respond to the story, whether they read it independently or with an adult. Additional questions, discussion starters, and research ideas in the “Let’s Talk About it” section of the book provide opportunities for “digging deeper.” Drawing upon her former experience as a teacher and school system reading supervisor, author Liz Cooper knows how to write stories that are charming, thought-provoking, and downright funny!

Liz Cooper has a Master’s Degree in Reading from Towson University. Before retiring, she was the reading supervisor for a public school system in Maryland. She lives in Southern Maryland with her husband and her very clever cat, Daisy.