A Memoir on Living Dreams 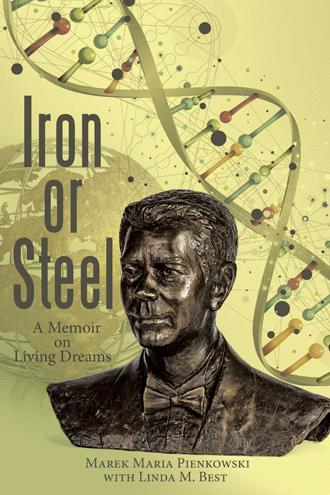 Riding in Poland alongside my business associate, I sensed an image to my right. Turning, I saw a huge VW automobile emblem. It filled my field of vision, racing toward me. A flash of light, silence, darkness. Then, exactly when I don’t know, my eyes opened to the sky. I was lying on a stretcher. I had no recollection of what had occurred though medical technicians’ whispered comments spared me nothing. “Serious accident,” “critical condition,” “liver ready to rupture,” “look at the kidneys,” “surprised he’s alive,” a litany of multiple injuries that was beyond belief. I had been involved in a serious automobile accident—a near-death experience. Its consequences would alter my life, leading to irrevocable damage.

I was a passenger, and the passenger side of the car was flattened like a pancake. Photographs of the vehicle showed horrendous damage. Nobody viewing them could believe that someone sitting where I was could have survived. Though I felt no pain, my injuries were catastrophic. I had four pelvic fractures, multiple internal injuries, and tunnel vision. I tried to stand, but my body felt as though it had forgotten how to move in a coordinated fashion. I collapsed, feeling both dread and anguish.

Over a period of time that I could not measure in any way, I went in and out of consciousness, experiencing a tunneling effect. I seemed to be peering through a cylinder, my field of vision narrowing, any evidence of light fading, and darkness tugging on me. Each time, I thought I’d transitioned to another world, moved on to another dimension, but I came back. The experience destabilized me completely, filling me with terror over the possibility of a life lost too soon. Dark thoughts haunted me—I wanted my wife, my children. I could not leave them, and their presence would support and sustain me.

Memories of events immediately following the collision are remnants, fragmented and hazy impressions. They are nevertheless powerful in capturing the essence of the experience and reinforcing my sense of fear. I recall being taken to the hospital and also seeing a friend from Medical School as I arrived. Was this planned or a coincidence? I do not know. I was in the trauma room, still on a stretcher, now intubated, fed by tube, and further supported by a chest tube and a catheter. Tubes seemed to emerge from my body everywhere, and each brought its own unique discomfort.

More whispering about my condition, the radiologist discussing a sonogram with someone unseen. In and out of consciousness, I grasped only part of the conversation surrounding me. More talk about my kidneys, the fact that I was alive, and discussion about surgery, traction. Somehow, I communicated the word, “No!” I said, “no” to surgery and transfusions because of the threat at that time of Hepatitis C in the blood supply. “I would rather die than get Hep C,” I whispered, fearing its horrendous symptoms and mortality rate. Even in my debilitated state, I then chuckled morbidly at the irony of how, by refusing blood transfusions, it was as if I had become a Jehovah’s Witness. My only care, then, consisted of supportive treatments like stretching bones and saline. To add insult to injury, the situation was further complicated by my allergic reaction to pain medications and opioids. My pain management was restricted to acetaminophen; I could not click on morphine drips.

My existence was surreal, a never-ending period of non-stop torture coming from within me and imposed by my location—the intensive care/trauma room. The secretions from my painful tracheotomy were a constant flow. My back was blue from blood and covered with decubitus ulcers that I myself discovered when I felt moisture beneath me. Antibiotics could not be used, which meant that treatment consisted of peeling away dead tissue without anesthesia. Tunnel vision and ensuing darkness continued. I circled in and out of consciousness. Adding to the ghastly spectacle of my own circumstances was a non-stop series of traumatic events in the room. It consisted of four beds, mine being the second from the right. To my right at one point, I could capture from the very corner of my eye a direct heart massage in progress. I knew what was going on from my ER experiences in Detroit. In another bed lay a young lady with blunt trauma to her head. The medical team was in the process of relieving pressure, and I was sprayed with the blood released as they proceeded. At times, I felt that I was operating outside my body as an observer of everything in the room, including my own condition. I could not refrain from analyzing the circumstances with medical interest, despite their ghoulishness, which helped when I watched both patients expire.

At least a few days passed. I was still in and out of consciousness with limited overall awareness or continuity of thought. Then a moment came when I opened my eyes with a sense of greater clarity than I had to this point. I was in a hospital bed. The room had four beds, all empty except for mine. It was unnaturally quiet. Nothing really hurt; there was no specific pain. My immediate thought was that I was in a different world, that I had passed on. But I pressed myself to concentrate, to dwell on the moment. I wanted to test my body, to learn if I was alive or not. Using great concentration and lifting my head slightly to see my feet, I attempted to wiggle my toes and was overcome with emotion and joy when I saw movement. From within, I cried, “I’m still here!”

Marek Maria Pienkowski was born in Lodz, Poland, on Sept. 8, 1945, with a hereditary title of nobility in the country enduring the tribulations of World War II longer than any other in Europe.

Pienkowski's rebellion against Poland's loss of independence after the war began at age five or six, when he became a founding member, with two friends, of the modestly-named Organization to Liberate Poland. The trio recognized that liberation required secret identities, so the author was Snake and his friends were Fox and Wolf.

His conflicts with the Polish Communist Party escalated to the point where he left Poland rather than accepting an offer of party membership. He eventually made his way to the United States, where he pursued opportunities in Philadelphia, Baltimore, East Lansing, and Detroit before settling in Knoxville, Tennessee.

A noted Polish-American scientist, biomedical entrepreneur, and founder of a network of clinics, Dr. Pienkowski advanced cancer research, genetic engineering, and treatment of immunological disease. He has been a prolific patron of the arts, formally accredited cultural ambassador, and counselor to US governors, representatives, senators, and presidents.

From breaking the suffocating confines of Communist rule to making groundbreaking medical discoveries, achieving great financial success, and acting to bring human cultures together, the author looks back at his extraordinary life in this inspirational memoir.

Marek Maria Pienkowski, M.D., Ph.D., is a noted Polish-American medical researcher, physician, and medical entrepreneur known for groundbreaking scientific discoveries across a broad set of medical specialties. He is also a formally-accredited cultural ambassador for artistic, scientific, and business dialogue between the United States of America and Poland.