The Story of My Suffering

A Collection of Short Stories of Suffering Children 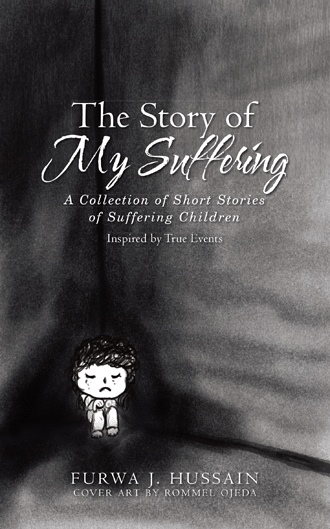 "I was sterilizing the milk bottles. In Pakistan, poor families don’t have the privilege to buy fancy appliances that sterilize the bottles for you. So I boiled them in a pot. The stove was off so I figured the water had cooled. I pulled the bottle out which was still full of hot boiling water and burned my hand. All the hot water spilled on me and my two year old sister, whom I was carrying. I was burned and so was my sister. She started crying and in an attempt to calm her down, I forgot where I was hurting.

She came running and took the baby from me. She gave the baby to my aunt and started to hit me. She was very mad. I don’t know how we started from the kitchen and made our way to the bedroom where I was pinned behind the door. She had somehow gotten her hands on a cricket bat. I think they are worse than baseball bats, they are flatter and bigger, so they cover more surface.

I still remember the heat I felt when that bat made contact with my skin. Hit after hit. I wasn’t crying, just pleading for her to stop. The only words I could manage were, “Meri haddi toth jaye gi!” I am going to break a bone. I don’t know how long this went on, I know by the time she stopped, it was late. She left the room and I crumpled to the floor. I cried myself to sleep that night, right in that corner. What had I done to deserve so much anger and hate? Had I been that terrible of a child? I don’t want to live this miserably.

A few days later, I took several diabetes pills. That was my first attempt, I was only 14…"

"My relationship with my mother was very tempestuous, abusive, neglectful and traumatic. What I do remember is being beaten, with a leather belt that had metal buttons on it, for jumping on the couch, placing my hand over the fire on the stove threatening to burn me because I broke her crystal vase. Choosing men over me, never helping me cope with basic stresses of school or life, not even assisting me with my homework. I remember I despised coming home from school and would hang in the streets as long as I could to avoid going home. There was always an uncertainty when I came home if I would encounter outbursts of anger, rage or avoidance; I never knew what to expect."

"Though, she also sometimes asked me step out the basement late at night to allow an unfamiliar person in to do who knows what for what knows what. I rather not know but I’m sure it wasn’t anything admirable. I remember once not having anywhere to go. So I simply sat in a 24 hour laundromat at 1 am. Watched the hands on the clock turn till I was allowed back in."

One in five adults in the United State suffer from mental illness each year. These illnesses impact the afflicted individuals as wells as the surrounding loved ones. In The Story of My Suffering, author Furwa J. Hussain shares six short stories that focus on different forms of neglect caused by a variety of mental illnesses.

Culled from a number of perspectives and cultures, the stories movingly portray children in difficult and sometimes abusive family situations and give intimate, complex portrayals of both intense suffering and inspiring resilience. These short stories shed light on some of the misery loved ones experience and communicates a message of shared pain, failure, parental negligence, and lack of love.

In The Story of My Suffering, Hussain seeks to provide comfort to those who believe they are the only ones with bad experiences; to provide hope there is light at the end of the tunnel; to convey the message that no matter how tough life gets, no matter how many suicide attempts you make, you can deal with what is happening and get through this; and to help start a conversation to ensure no child suffers in silence.

Furwa immigrated to the US when she was thirteen. Though the love of her culture runs deep she has spent the last couple of years shaping her identity as an American Muslim woman and exploring how the two cultures can compliment each other. Furwa spent the last three years working with teenagers from all cultures in the Bronx. As she helps them navigate the tumultuous teenage years, she has learned from them kindness, resilience and patience. Her experiences and wisdom have also enriched their world: “Ms. J you have inspired me to be stronger and stand up for myself!” a female student quotes.

Furwa doesn’t know what her future path may hold but she hopes to continue find ways to share her love of her culture and guide people in peace and acceptance.