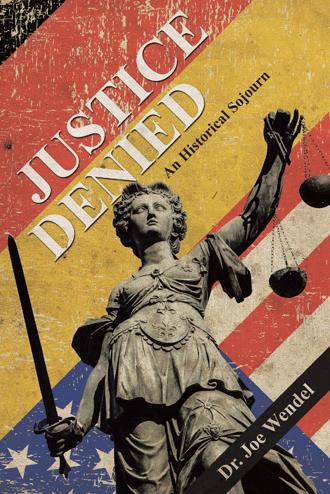 History, real history, is the stuff of mystery, intrigue, murder, greed, seduction, arrogance and deception, romance and tragedy, cowardice and courage, good and evil, cruelty, corruption, hate and love and all our divergent human bearings. ...

Most Americans have heard about the lamentable tragedy caused by the U. S. Government using military force to uproot our entire Japanese population living on the West Coast. More than 100,000 Japanese Americans were incarcerated in ten relocation camps in America's interior during World War II.

Regrettably, what most Americans appear to be totally uninformed about, largely because our mass media and American history textbooks, intentionally or otherwise, overlooked, ignored or just simply killed with deafening silence, is the fact these contemptible, cruel injustices were perpetrated also against many thousands of German Americans, as well as Italians, Hungarians, Bulgarians, Latin-American Germans, German Jews and Jehovah Witnesses. Truth is an absolute and should never be compromised by any establishment.

Thousands of totally innocent German Americans were dragged out of their homes, usually during the darkness of night, without any provocation or slightest cause from the standpoint of our national security. In just one day, the day following Pearl Harbor, over 60,000 Americans of German descent were rounded up, as if German Americans were responsible for Pearl Harbor. Our government ordered the arrest and internment of thousands of German Americans into federal prison camps during World War I and again during World War II, creating fear and anxiety, while engaging in terror against the largest ethnic group in America. These actions caused huge turmoil and a mammoth amount of unprecedented anti-German hysteria.

It is absolutely imperative to emphasize the fact that not even one solitary person arrested, imprisoned and terrorized was ever charged with or found guilty of any war-related crime in these massive round ups of innocent victims. Hundreds of German Americans remained incarcerated as late as 1948, three full years after World War II was officially over. Tragically, all were merely pawns in an ugly political chess game. We must never mistake prejudice for truth, passion for reason, sensationalism for patriotism nor conjecture for documentation. Both life and history can best be understood backwards, but it must continue to be lived forwards. ...

Passage of the Wartime Treatment Study Act will provide some light to these and related questions and begin a long over-due healing process. It is imperative that we understand the causes of these human rights violations, so that they will never be implemented against any other group of people. A truthful and accurate diagnosis always is always essential for an effective remedy.

As the oldest democracy in the world, we claim to be committed to promoting freedom, protecting individual liberty, and pursuing peace. To be of any real substance, these noble principles must be practiced first and foremost on the home front, otherwise it is just so much empty rhetoric. Our actions must always be a reflection of our oratory.

To intensify the suffering of the internees, the U. S. Treasury Department froze all the assets of all internees on March 23, 1943. Hence, the internees lost all their earthly belongings, including their businesses, their homes, their cars and their bank accounts. They were left destitute and incarcerated.

The impact of the German settlers upon our unique American heritage is not only statistically significant, but it has also influenced our American society and our nation in every aspect conceivable.

We as a nation and as individuals go to great length in professing our total commitment to human rights issues. Like charity, human rights and respect begin at home. For a democracy such as ours, it is absolutely imperative to be totally truthful and transparent. Transparency is essential for gaining and maintaining peace on earth.

Presenting a balanced portrayal of history, Wendel discusses the destruction and the unconditional surrender of Germany and details many personal and emotional accounts about the mistreatment, the terror, the mass murder, the starvation blockade, the expulsions of millions of ethnic Germans, and the raping of thousands of German women by the occupying forces.

Justice Denied gives us a wide-ranging history of Germany and German Americans, with a focus on providing insights into the two twentieth-century world wars from the viewpoint of a German American who lived in Austria during World War II. It offers compelling facts, interpretations, and points of view unfamiliar to most Americans, including the personal stories of German Americans sent to interment camps in World War II.

Dr. Joe Wendel is a retired educator. As a teacher, soccer coach, and school administrator, his goal was to inspire his students to attain their potential and realize their loftiest dreams. His former students and players continue to express their gratitude for his guidance and motivation.

His avocation includes being a musician and band leader. He and his band have entertained at many of the finest establishments, and they were the featured band at the Ameri-Flora Expo, where some five million guests from around the world enjoyed their music. The universal language of music gives expression to the deepest and noblest sentiments of the heart and soul.

Dr. Wendel began producing and hosting radio programs in 1961. He has aired thousands of hours of programs on various stations and interviewed many dignitaries. For two years, he enjoyed being the sportscaster for the Cleveland Stokers, the outdoor professional soccer team. He was in the press box at the Cleveland Stadium, while the great international soccer star Pele displayed his athletic skills. Dr. Wendel was honored with the Freedom Award by the American Nationalities Movement and is the recipient of the prestigious Presidential Lifetime Service Award for his significant contributions and patriotism.

Americans are aware that our entire Japanese population was uprooted and incarcerated during World War II. What most Americans seem to be unaware of is the fact that these cruel injustices were perpetrated also against tens of thousands of German Americans as well as Italians, Hungarians, Bulgarians, Latin American Germans, German Jews, and Jehovah’s Witnesses. Prior to being released, the internees and their guards were forced to sign an oath never to speak or write about their experiences in the camps, with threats of being reincarcerated.

Justice Denied familiarizes the reader with historical facts that have, all too often, been ignored, falsified, or killed with deafening silence. This book provides more light regarding the many human rights violations in the American internment program and the brutality against Germans in Europe at the end of and following the war.

The reader will enjoy four hundred years of German-American history and their monumental contributions to this great nation. The book presents a comprehensive picture of the twentieth century. May justice postponed not become justice denied.