A New Birth of Freedom

The Effect of the Civil War and Reconstruction on Ohio Law 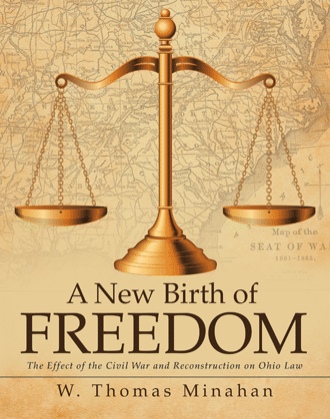 Revival of the Democrats

During the course of the Civil War, The Democratic Party split into two factions, the War Democrats, who supported the Union and Lincoln's policies, and the Peace Democrats, or Copperheads, who opposed the War. After the nominal head of the party, Senator Stephen A. Douglas, died in June, 1861, the War Democrats were without a leader. In the meantime, the Copperheads gained strength. The story of one of their national leaders, Congressman Clement Vallandigham, is discussed supra.

Nationally, the Democrats made gains in the 1862 elections, an increase of 34 members in the House, the legislatures of Indiana and Illinois, the New York governor, and the governor and legislature of New Jersey. Historian James McPherson considered it fortuitous that the elections in Pennsylvania and Ohio were held in odd-numbered years, and that the Republican governors in Indiana and Illinois were elected to four-year terms in 1860, or these offices may have gone to the Democrats that year as well.

Conversely, most of the Democratic gains were in the six lower-North states from New York to Illinois, and the margins in these states were very small, including just 6,000 votes in Ohio. The absence of soldiers at the front could have easily explained away the Democratic gains. In addition, the Republicans retained the governor's mansion in seventeen of the nineteen northern states, as well as sixteen of the state legislatures. Republicans gained five seats in the U.S. Senate and had a 25 vote majority in the House.

The American Civil War (1861-1865), was the most traumatic event in this country’s history. To win the war, the Northern states ceded enormous power to the federal government. However, the paradigm shift in federal-state relations occurred during the Reconstruction Era of 1863 to 1877.

A New Birth of Freedom, by author W. Thomas Minahan, examines that paradigm shift that occurred in Ohio during this time. The beginning chapters explore Ohio’s early political, social, and legal history and how the state grew to become a social microcosm of the entire country by 1860. The later chapters examine the changes to the political, social, and legal climate in the country, and particularly in the Buckeye State, during the 1860s and 1870s.

Offering a comprehensive discussion of the effects of the Civil War and reconstruction on the development of Ohio state law, A New Birth of Freedom provides both historical detail on the antecedents to the law as well as an analysis of how federal and state constitutions evolved through the turn of the nineteenth century. It discusses the central role Ohio and Ohioans played in securing the future of the United States.