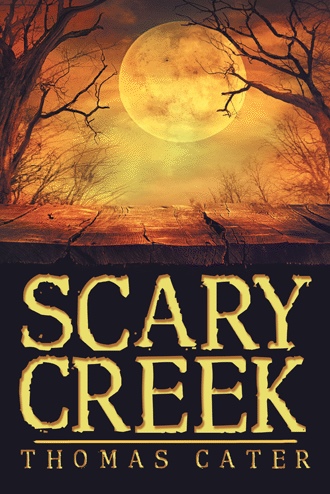 Nearly an hour passed before the shovel finally struck wood. Fortunately, it would not be necessary to remove the coffin from the ground. I planned to stack the baby's coffin on top of Elinore, its mother. Then I began to wonder if that would actually solve the problem. Instead of putting one coffin on the other, I could remove the child’s skeleton, and place the remains inside with her. In death, she would be able to succor the child she had never known. Yes, it made more sense to do it that way.

I removed enough earth from Elinore’s coffin to open it, then climbed out of her grave and pulled the child’s coffin close. They would both be easy to open. The coffins had begun to deteriorate around the brass hinges and the wood parted easily. I opened the small box slowly so as not to disturb the child in its unending sleep. It seemed quite oblivious to my presence, or so I thought.

The ragged remnants of the swaddling cloth were clinging to its tiny bones. There was a smile, a toothless, infantile smile masking its tiny skull. The skeleton, although infinitely smaller than I had imagined, was in a state of total repose. I knew that Elinore would appreciate what I was doing for her. I believed she would leave the house and me alone, once she reunited with her child.

I repositioned the flashlight to illuminate her casket. I took the pick into Elinore’s grave and worked its sharp point into the lock and seal. It split , separating easily the cover from the coffin. The rank odor of putrefaction billowed out. I held my breath and tried to prepare my senses for what lay within. Elinore had been dead for too many years. Depending on how well the mortician had done his job, it was possible the process of decomposition was not complete.

I worked my fingers beneath the lid and pried open the top. I could feel the soft satin that lined the coffin. The odor grew stronger. I raised the top swiftly and stood back. The sickening odor swam passed, its vile poisons invading my nostrils. I turned my face away and held my breath.

The flashlight only partially illuminated the coffin’s interior. I could see one arm, one thin bony arm with the barest suggestion of dry cankerous flesh still clinging to the wrist and hand.

I scrambled out of the hole and grabbed the light. With my feet on firm ground, even this ground, I felt secure. I passed the light slowly over her corpse. Her hair lay in a knotted grey pile beneath her skull. Her scalp had deteriorated and the flesh and vomer had fallen from her cheek and nose revealing the ethmoid, a jagged hole that once covered her nose. What passed for lips had retracted back over her teeth and exposed a grimacing skull. A ragged remnant of scarified epithelial tissue clung to one cheek and covered her remaining bones.

Her eyebrows had grown to an astonishing length and there were closed leathery lids covering her eyes. I focused the beam directly on her eyes and noticed that despite years in the grave they were intact and still sewn tightly shut! It seemed an irreconcilable cruelty to me that even in death, Elinore’s eyes were closed by heavy lids; heavier than any I had ever seen before. They only appeared to be heavier because they had not begun to decompose like the rest of her flesh.

I searched my pocket for the nail clipper that dangled from my key chain. I opened it and tested its cutting edge on a nail. The clipper seemed more than adequate to do the job. I stepped back into Elinore’s grave, kneeled down on the coffin and held my breath. Cautiously, I sniffed the air for lingering traces of decay. The odor, I noticed, was not as offensive as it had been. There was instead a peculiar fragrance of cloves coming from the coffin, a strange refreshing scent amid the mold and mildew.

There was a one inch-long stitch in each eye. I inserted the clipper’s point between the threads binding her eyes and slowly, one by one, cut them, grabbed the loose ends and pulled them through the leathery flesh. Each one came out easily. Her lashes had grown several inches in length. I cut the stitches from the other eye. After I finished, I moved the light over her face. Her eyes remained closed, as if in sleep. I speculated on the remote possibility of her eyes surviving the silent retribution of years in the grave. I focused the light on the lids. They were keenly rotund, as if something existed beneath them.

I closed the clipper and gazed upon her empty skull. With my right hand, I placed two fingers on her lids and pushed them back to reveal her eyes. The glowing orange orbs were incredibly alive. The fiery pupils stared directly into my eyes and sent a bone-chilling fear churning through my mind. Eyes that should have ceased to be were growing bright with a hideous orange light! Before I could climb out of the grave, I heard her scream … that long terrifying scream that silenced everything else in the world. It filled my mind and drove me shrieking out of the grave.

She came howling out of the coffin. It sounded as if she would never be silent again. I staggered back and away from the grave, but she rose up and came after me. I stumbled over the child’s coffin and struck my head against a gravestone.

After years of crawling through ruined temples and wandering Southeast Asian killing fields, photojournalist Charlie Case returns home to find that strange images are invading his dreams and wreaking havoc in his life. The gruesome “death by cats” of an elderly relative provides Charlie with the incentive to re-examine his purpose and newly realized fate.

Under mysterious circumstances, Charlie buys an abandoned coal baron’s mansion in Appalachia. Imagine his surprise when he discovers that the ghosts of the baron and his blind daughter, Elinore, currently occupy the house—but they’re not alone. All variety of evil, screaming things are imprisoned here, making the baron and Elinore the least of Charlie’s problems.

A bloodthirsty wall within the house drinks the blood of its victims to sustain its power, and Charlie does not plan on joining the menagerie of tortured spirits inside the mansion. To cease the horror of the place, he must return Elinore’s missing child and find a way for the spirits to escape. Only then will they find eternal peace; only then will Charlie discover what’s his.

Thomas Cater has been a writer and editor for newspapers and magazines in the United States and Asia. He taught journalism and communications in Beijing and was an editor for the New China News Agency. He also worked at the Hong Kong Standard and for the Union of Catholic Asian News in Hong Kong.