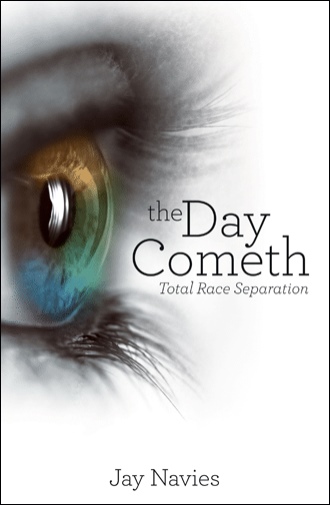 South Africa: The Era of Apartheid

In the dry heat of the day, Kuzemo Kenyapha, a dark-skinned African man, tethers a small goat to a partially divided fenced-in area of sheet metal shacks designating a small village. He becomes alarmed as the rickety row of houses begins to rattle and shake in front of him.

“What is happening?” screams a middle-aged African woman frantically running out of a shack, carrying her young son Zordyn Kenyapha, a half-clothed, dark-skinned small boy.

Other startled Africans rushing from their homes bear witness to white men creating thick clouds of dirt from large oil tankers and big rig trucks with huge drilling equipment as they rumble through the village.

“What are they doing here?” The African woman quickly approaches Kuzemo.

“I don’t know.” He wraps his arms around her and Zordyn. “But whatever it is, it doesn’t look good for us.”

Many Africans depart their residence and follow the vehicles.

“I must go with them.” Kuzemo joins the followers.

They observe an assembly of trucks and a conference of white men standing outside a mobile office trailer.

“This land is rich!” a white man inside the trailer says to another white man as he sprawls a fistful of sparkling diamonds and shimmering gold nuggets across the top of a desk. “And soon we’ll be rich.”

“Okay, but I think you’re overlooking one large obstacle.”

“Oh, yeah? And what could that possibly be?”

“The natives are getting restless.” He points to a window, and they see a gathering crowd of Africans.

“What do they think they’re doing out there?” The white man quickly swipes his valuables into a leather pouch.

“The white man has come to take all that we have!” Kuzemo shouts to a large crowd of Africans standing nearby. “They have divided our families and diluted our bloodline! And we must not allow them to do this to us! This is my son!” He lifts up Zordyn. “We must preserve our race, protect our families, and fight against them!” Those in the crowd pump their fists and loudly applaud.

“I own this land!” The white man frowns as he stares out of the window. “And there’s always a solution for every situation.”

Busloads of white men armed with rifles approach the Africans. They exit the vehicles and begin their merciless assault, slaughtering black people as they desperately run for their lives.

Zordyn and his mother sadly stand in front of Kuzemo Kenyapha’s engraved headstone. The mother kneels down and places a single flower on top of his grave. “I say to you, Zordyn Kenyapha”—she faces her son—“become a great leader like your father, and never turn your back on your African people.”

“Yes, Mama.” He looks into her tearful eyes.

When Zordyn Kenyapha was a child growing up in apartheid era South Africa, white men came and stole his family’s land. His father fought back, and died for his resistance. Zordyn never forgot that day, especially since he promised his mother he would eventually become a powerful leader like his father, never turning his back on his African brothers and sisters.

Zordyn grows into an ambitious man who makes a groundbreaking decision. Hounded by the continued mistreatment of his people, he proposed a self-imposed segregation. The black population will relocate to Mars and build a thriving civilization there. But no man is perfect, and even an honorable leader like Zordyn has his weakness.

This idyllic Martian diaspora causes a spate of increased violence that no one expected, and Zordyn and his followers must now decide if they’ve made the right move. In the past, Zordyn has been hopeless in the fight for racial equality, but the whole world may soon learn a lesson that humans need each other to survive, regardless of skin color or creed.

Jay Navies is an author, actor, and member of SAG. Born in the mid-1960s, he experienced the term “white-flight” in his middle-class neighborhood when it went from all white to all black. He also witnessed first hand the riots in Ferguson, Missouri. He currently lives in St. Louis.