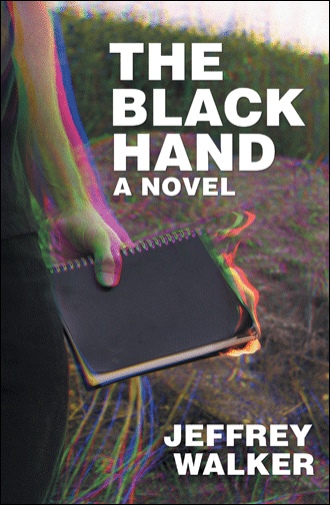 The bright glare of the morning sun ambushed Elliot, waking him almost immediately. A splitting headache pulsed in his brow, and his mouth began to salivate. Vomit was coming. He lunged to his feet and barely got to the side of the boat before pitching yellow chunks into the waves. The vomit looked like pale chum as it bobbed out to sea. Beer cans rolled back and forth across the deck, and he considered drinking one to stave off his hangover until he could get some dope in him. A dozen beers were left over, and Elliot grabbed one from the torn box. He pried his fingernail under the tab then paused.

Something was wrong. Elliot’s eyes shot around the deck in disbelief. He had been awake for about four minutes when he finally realized he was the only one on board.

He tried to speak, but all he could manage was, “Fuck!”

Struggling to cope with the moment, he traced his memories of the previous night as if they could somehow change his present crisis. The last thing he remembered was talking about his story. Had they been arguing about something? He couldn’t remember.

Elliot clamped his head in his palms. His eyes jetted back and forth across the horizon. With each minute that passed, the terror reached in a little deeper. When Elliot vomited the second time, he didn’t manage to make it to the side of the boat.

After frantically searching for the keys, he finally realized he had never taken them out of the ignition. With violently trembling hands, he started the engine and began idling in large, sweeping circles around the general area. Desperation gripped him. He canvassed the water for hours until he had searched long enough to know that if he found anything, it wouldn’t be a person, but a body.

Reality washed over him in frenzied waves of terror. He’d calm himself down for a few minutes then lose control all over again. The worst part was not knowing. Had Leon been swept over by some violent rogue wave? Or had he perhaps drowned while taking a drunken midnight swim? Each scenario he wondered about was just as petrifying as the next, because they all ended up in the same place: a dead body and no witnesses. He briefly considered informing the coast guard, but thought better of it. Yeah, so I met this guy last night. We drove down here drunk and decided to go fishing. When I woke up this morning, he was gone. Oh, and by the way, I don’t know his name, and nobody else was there to see it. In the best possible scenario, Elliot would be hit with a wrongful death suit. And he had written enough law office ad copy to know how bad one of those could fuck him. If you or a loved one let someone fall off your newly inherited boat and drown, you may be entitled to a prison sentence.

After what seemed like an eternity offshore, Elliot solemnly returned the boat to its slip in Newport Beach. The anxious spike of adrenaline had masked his hangover—replacing one terrible feeling with another—and he was going to have to do something about that. He pulled out his iPhone as he walked to his truck and picked from one of only seven people in his contacts. The phone rang twice before a man with a tranquil voice picked it up.

Elliot drove with white knuckles gripping the wheel. He was used to feeling anxious and afraid, but he wasn’t used to feeling like this. It was similar to the emotion that had gripped him when he’d learned Richard had died, but with shock and terror in place of desperate sadness. The last two days of his life seemed more or less like a constant blur of despair and panic. He cringed, picturing Leon’s face on a primetime news segment.

It was only a few miles from Newport to Caswell’s house, but the blocks had a way of stretching out before him.

“You look like shit,” Caswell said as he let Elliot in to his small apartment. “Don’t be bringing any shitty energy in here with you.” He peered skeptically around his Garden Grove apartment complex before closing the door.

“Rough couple days,” Elliot said, plopping down on the couch and cradling his forehead in his palms.

“Well your journey can start right here, Brother. You just need to open your sacral chakra and accept some fucking enlightenment.”

“No,” Elliot said, “what I need is Coachella Valley brown heroin—and lots of it.”

“Well, thankfully for you, I’ve got some of that too, but you seriously need to address your problem at its root.”

“Yeah, well I think the roots of this problem are at the bottom of the ocean somewhere.”

“No hurdle is insurmountable. Take it from an enlightened mind like mine—we can all find bodhi in this life.”

“Do you even listen to yourself?” Elliot asked, beginning to grow exceedingly impatient. “If I could just throw some of your stupid Buddhist jargon around and be fixed, don’t you think I would have done that by now? Now please, Caswell, for the love of God, would you let me borrow some works and take a hit? I’m fucking dying over here.”

“A closed mind is the soul’s worst enemy,” Caswell said condescendingly as he crossed his arms over his chest.

“That’s it!” Elliot roared, standing and going for the door.

“Oh, stop! Just sit,” Caswell insisted in a tone that suggested his sermon was over. “I went to the pharmacy and got some rigs this morning. I’ll sell you a couple grams, and you can get all smacked back if that’s what you really think you need.”

“Jesus. Yes. Thank you,” Elliot said insistently. “Do you treat all your customers like this? It’s a fucking miracle any of them put up with it.”

“I have many pupils,” Caswell assured him as dropped two capped syringes and an eighth of heroin in Elliot’s lap.

Elliot produced a few crumpled bills. He wanted to ask how the dope was measured, but he figured saying anything might elicit an unwanted response from the Zen Master. Heroin dealers were tricky, but Elliot was no rookie. He knew that large-scale heroin deals were done a little differently than the way meth and coke were dealt. Rather than divvying smack up into ounces like other drugs, it was sold in twenty-five-gram increments called pieces. A piece was two grams short of an ounce, making it the drug dealer’s equivalent of a baker’s dozen.

When a piece was broken up for small-scale deals, it was typically sold in grams—or fractions thereof—eighths, or quads. But since the scales were tipped, an eighth of a piece was a quarter of a gram lighter than an eighth of an ounce. If a dealer sold their customer an eighth of piece and advertised it as such, there were no problems. However, if they advertised it as an eighth of an ounce, but only handed over an eighth of a piece, shit could get a little crazy. Elliot happened to be the exact type of addict who would start some shit over a quarter gram of heroin, but today he didn’t even have it in him to ask. He didn’t have the energy to worry about being shorted. Today he would only buy the drugs, put them into his body, and turn off his mind.

The plastic that wrapped the syringes assured Elliot that they were new and unused. That relieved him, because sharing needles was another thing he didn’t have the energy to worry about. He didn’t imagine Caswell to be the type of person to give him a used rig, but it was a mistake to trust anyone in the heroin scene. He unwrapped the 100cc insulin syringe and drew it full of water from a bottle that sat on Caswell’s kitchen counter.

Elliot Turner is in a bit of a rut. He’s spent years wallowing in the depths of an abysmal heroin addiction, and it’s cost him just about everything. He’s alienated himself from his entire family, with the exception of his Uncle Richard, who happens to be his last true friend. Long lost dreams of being a novelist are now mere ghosts to the incessantly self-degrading young junkie.

When Richard dies suddenly in the California desert, Elliot’s last vestige of hope dies with him. Little does Elliot know that the grieving process sets him on a path to forge his greatest accomplishments and face his greatest fears. After crashing his truck while under the influence of prescription narcotics, Elliot lands at an indigent recovery center, where he discovers something that shouldn’t exist.

Bizarre experiences begin to shape his otherwise rudderless existence as Elliot ponders the power of loss and evades the crippling grasp of fear. Full of delusion and mystery, The Black Hand is a strange, touching, and occasionally hilarious story about searching for purpose in a world gone awry.

vJeffrey Walker is a writer from Southern California. He studied English at the University of California, Riverside, where he first began writing creative nonfiction and personal prose for various publications. You can follow him on Twitter @jeffwalkersdead. This is his first novel.