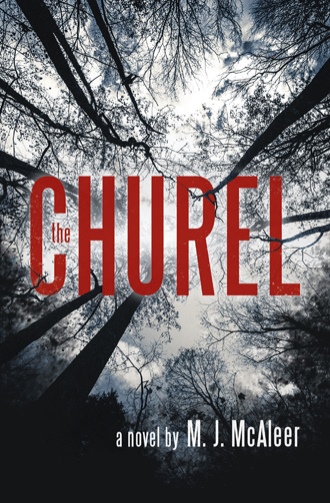 George left for Syracuse early the next morning, and was gone before Sarah had awoken to the old clock radio playing a familiar Whitesnake song. She always found it somewhat disorienting to wake with her husband gone. As if something was missing—perhaps because he was. She lay there for a few minutes, staring at the ceiling, and thinking.

The morning show host talked about the weather change, that the entire week would be in the 70’s. Not a drop of rain to be felt until closer toward the weekend. She listened a while longer before throwing the sheets off of her nude body, placing her bare feet on at a time upon the floor. She walked to the master bathroom to brush her teeth, still nude, and weighed herself—a weekly tradition. She was pleased with the results, glimpsed into the mirror, and beamed accordingly.

She threw on a spring dress, did her hair and make-up, and made the bed. After a few other chores in the bedroom, she was ready for her day. Just before exiting the room, she noticed a strange odor seeming to come from the bathroom, accompanied by a sudden chill which gripped the air, despite the warm spring morning. Her skin broke out in goose pimples, but she wrote it off as nothing more than old plumbing and a drafty house. She would add this to George’s honey-do list when he returned from Syracuse. She shrugged.

Sarah snuck past the kids’ bedrooms, and descended the long curved staircase, wincing with each creak in an honest effort not to wake the children yet. She paused at the bottom of the steps, listening for any indication of them having awoken. Satisfied that she heard nothing and they were still asleep, she continued to the kitchen. She began preparing breakfast for the children, humming quietly to herself. She was lost in her own head, reminiscing of the sex from the night prior. Then it happened.

She removed cereal bowls from the cupboard, and turned around to get spoons out of the drawer on the other side of the kitchen. She froze, and focused on the most horrific thing she had ever seen: a malevolent old woman stood mere inches from Sarah, looking up at her from a height of about four feet. Sarah tried to scream, but nothing came out.

Unable to move, Sarah was forced to stare and regard this thing that stood before her. The woman wore a decrepit-looking burlap cloak, which left one sagging breast fully exposed. Her hair was gray and long—reaching her waist in tangled mess. A black forked tongue, similar to that of a snake’s, flicked in and out of her mouth. Her stench was horrendous—coppery and stagnant—and that of which Sarah had caught briefly upstairs just minutes ago. The smell settled in Sarah’s nostrils, causing her to nearly heave. She wanted to scramble away, to escape this nightmare—for that’s what it surely must have been—but found that she was immobile. She could not move!

The thing’s eyes were as red as blood, it’s pupils were crescent shaped and glowing in the dimness of the room; the only illumination coming from the kitchen window. Its mouth opened abruptly, contorting in an unnatural way, seeming to stretch its long face far beyond its anatomic capabilities. It expelled a nauseatingly loud screaming sound, which allowed Sarah a fleeting glimpse at the teeth inside its mouth, which looked to be sharp points.

Sarah’s eyes were drawn to the old woman’s bare legs. They held it upright at an irregular backward posture—looking similar to a hunchbacked person that had the top part of their torso attached the wrong way. Its feet were backwards, and were finished by long and yellow toenails, which curled downward, scraping against the hardwood floor. She couldn’t stop staring at its feet…backwards!

“GET OUT!” it screamed in that dreadful piercing declaration again—with its mouth wide to the same unnatural black hole. It stared at Sarah, its eyes penetrating deep into her very soul, then its head suddenly flashed side-to-side—as if it were shaking its head ‘no’ a supersonic speed.

This seemed to ignite Sarah’s natural reactions, causing her to regain control of her body. She jumped back impulsively. With nothing behind her but the old cupboards, her head struck them with a tremendous force. Sarah’s world went black, and she felt nothing as her head struck the floor. 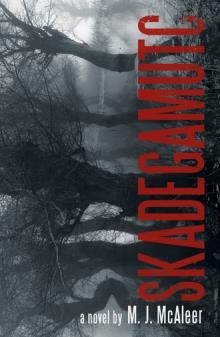 On the edge of the Cynthia Forest,

A Churel, or Chudail, is a menacing female ghost or witch out of South Asian Folkore. She appears as a hideous creature, but has the ability to shape-shift into a beautiful young female. Often, her feet are backwards. A Churel is born when this female dies during childbirth.

The Churel is the story of the young Jameson Family, who purchase a Victorian fixer-upper on a sizable piece of land in New Haven—a charming town located in Central Pennsylvania. Their land, which resides to the edge of the Cynthia Forest, carries a story of its own. Previously, the Village of New Haven, 300-years-ago, a witch was killed during childbirth where their house now stands. Now, she’s awoken, and is hell bent on revenge.

As the family settles into their new home, the stress of the move slowly diminishing, George takes on somewhat of a possession of his own. Things begin happening to the family, which everyone sees but him. All of this saunters toward a terrifying climax which you won’t see coming, and sets the tone for an ending that will stay with you for a very long time.

M.J. McAleer lives in Pittsburgh, Pennsylvania with his wife, and their three children. He enjoys reading, weight-lifting, running, and eclectic travel. At the time of this publication, he’s nearing completion of his second novel.