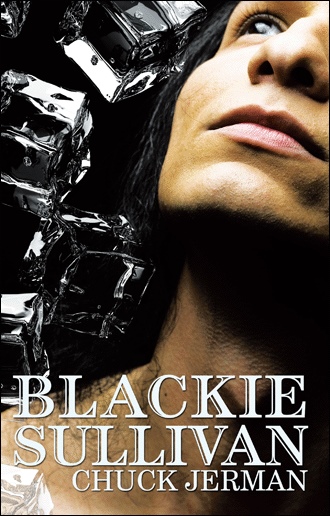 Blackie Sullivan was always running. Anytime anyone saw the young Cayuse man with the tan skin and the shock of black hair, he was mid-stride. His arms and legs pumped in perfect timing with each other. They were like a locomotive had come to life as a young man. The pistons he was graced with could put a steam engine to shame for their timing and precision. He wasn’t running for the joy of it -- though he did enjoy it immensely. He was running because the summer in Washington State could quickly climb above eighty degrees and ice melted pretty quickly in the eighty degree heat.

Blackie worked for the SP&S railroad, loading and unloading the ice. He was responsible for packing the produce cars, which was usually considered the hardest job in the business. The blocks of ice could weigh over a hundred pounds. On some days, Blackie was pretty sure the blocks weighed more than he did. As they were sweating into his back, chilling his spine to the bone, he imagined he could actually feel them getting lighter. The work curved his back and rubbed his shoulders raw. At the end of every day, his knees were swollen and angry, thrumming with the beat of his heart. His lungs burned, and his hips screamed. The work was the kind of thing the people of Washington expected of Native Americans. Not content with just the conquest and plunder of his ancestral home, the white folks who had moved into Cayuse land demanded that Natives do the work they didn’t want to do.

So, Blackie devoted himself to doing his job as best he could. He hoisted the blocks of ice up onto his back, tightened down the leather straps that held it to his back, and set off every morning. Each morning started with the slowest delivery of the day. He had to get his legs stretched out and his limbs warmed up. By the heat of the day, when the sun was literally melting away the profits, he was in his finest form. That’s when the farmers, merchants, and railroad workers would meet at a tavern called the Look-See for an afternoon beer before heading back out to their respective jobs. The bar was a clapboard thing thrown together from the wood of the original wagons and train cars that had brought white conquerors into what came to be known as Washington Territory. The mismatched wood was slathered with globby white paint to keep it from decaying in the windswept town. The gaping holes and splinters did nothing to keep the heat out of the bar, though. The patrons were frequently stomping through ankle-deep dust as they swilled steam beer. Unlike the crisp, clear beer of the well-coiffed and feminized east coasters, the bearded and callused men of Washington drank steam beer from heavy metal steins.

Roger laughed, “Larson would wipe the floor with that savage. He’s the fastest man alive.”

Buddy pursed his lips as if he’d smelled something bad. “He ain’t faster than Blackie,” the farmer responded.

Buddy pointed out at Blackie, struggling in the summer heat. Blackie wiped his forehead with the back of his arm and kept running. “Look at that, man. Savages just ain’t built right for being athletes. That’s why there ain’t no good Indian athletes at the ‘lympics.”

The bartender shouted across the bar to Buddy, “You really think an Indian could beat a white man?”

It is 1904 as a young Cayuse Indian hauls ice to pack into railroad cars—a grueling job no white man would dream of considering. As a savage from the tribe that killed missionary Dr. Marcus Whitman and his wife in 1847, Blackie is unquestionably despised by many of the residents of the ramshackle frontier town of Walla Walla.

Blackie, who prides himself on doing the best job he can, sprints between the icehouse and the railroad cars every day. While facing many indignities, Blackie perseveres through obstacles and somehow manages to find meaning and purpose to his life. But when he realizes that others want to steal the secret gold on his land, Blackie must not only outwit them, but also outrun them while he battles to the death keep what is rightfully his. As he earns a reputation with the locals for being an extremely fast runner, finds romance, and learns who he can trust, Blackie does something no Indian has ever done before.

In this fiction tale inspired by a true story, a young Cayuse Indian sets out on an unforgettable quest to find his place in a world rampant with greed and oppression.

Chuck Jerman earned a bachelor of arts from Eastern Washington University and a masters of divinity from United Seminary in Dayton, Ohio. He pastored several churches in West Virginia prior to his retirement from the West Virginia Conference of the United Methodist Church. Chuck lives in Mount Vernon, Washington, with his wife, Judy, and their golden retriever, Tucker.