Days of Honor and Honesty 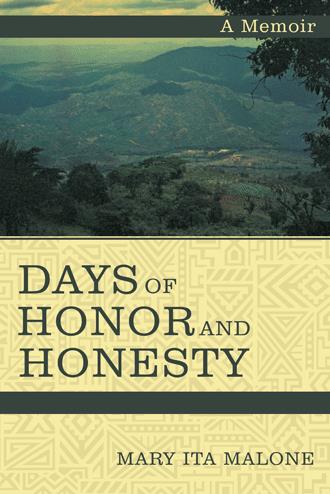 After four decades, I returned to a place that was dear to my heart and where I had spent twelve of the best years of my life. That place, Ortum, lies on the floor of the aptly named Forbidden Valley, amid the Cherangani Hills of northwestern Kenya.

When I left Ortum in 1972, I was a medical doctor and a member of the religious order of the Missionary Sisters of the Holy Rosary (MSHR). I was on my way to the United States to study for a master’s in public health at the prestigious Johns Hopkins School of Public Health in Baltimore, Maryland.

After a dozen somewhat frustrating years of acting as a general doctor for the indigenous people of the Pokot tribe, who had scarce knowledge of and little interest in Western medicine, I had hatched an ambitious plan to organize community-based health services for the area around Ortum and to expand into a neighboring territory that was also isolated and in dire need of primary health services.

I had no inkling that I would never return to implement the program.

In January 2013, about two weeks after my eighty-second birthday, I met up in Kitale, Kenya, with Father Leo Staples, the priest who had founded the missionary church in Ortum in 1952. Although he knew nothing of it, Leo had played a critical role in the trajectory of my life.

At almost eighty-eight, Father Leo was still working in the Rift Valley as an associate to a Kenyan pastor while overseeing the building of his latest project, a home for neglected children challenged with physical disabilities. Our life paths had certainly diverged since we’d soldiered together so many years ago. Like Leo, I had been born in Ireland, but I was now a US citizen living in Florida, content and comfortable in retirement, except for part time volunteering of my services in primary care at a local clinic.

I had stayed in touch with Father Leo after we both moved on from Ortum, he to another remote mission and I to the capital of Nairobi. After I left Kenya, we exchanged occasional letters and got together a few times when we were both visiting Ireland. Yet in 2013, despite our long friendship, it took some persuasion to get him to leave his parish and charity work to escort me back to Ortum.

Riding the newly paved road to Ortum was nothing like being jostled on the deeply rutted one-lane dirt track I vividly remembered. Chokingly dusty in the dry season and a viscous red slop in the wet season, the road had barely clung to a steep mountainside as it descended in a series of hairpin bends three thousand feet to the valley floor.

Before Kenya transitioned from a British colonial government to independence on December 12, 1963, certain remote territories were closed to people who did not have official permission to enter. In those days, to get to Ortum, at the entrance to the district, we had to stop at a police barrier and be checked out—our religious habits served as our IDs—before we could continue down into the Forbidden Valley. In 2013, of course, the barrier and askaris (the Kiswahili word for uniformed guards, police, or soldiers) were long since gone and forgotten.

As I looked out the window of Leo’s Toyota SUV at the mountain peaks I’d often longed to climb, I was transported back to the times when I would find solace and peace in contemplating their beauty after a long, hot, trying day of treating patients at one of the outstations.

As we came into Ortum finally, I was mesmerized by the lights. Rural electrification had arrived in this center a few years earlier, thanks to the influence of a local politician. This was incalculable progress from the days when our old geezer of a generator could only provide a few hours of electricity each evening. If we had to perform surgeries or emergency procedures later in the night, we relied on the light from kerosene-fueled lanterns.

Until I arrived at the convent in Ortum, I was unaware that this was the end of an era for the Holy Rosary Sisters, the familiar name by which we were known. The congregation, which had served there since 1956, was soon to be replaced by one of Kenyan sisters. In a way, we had come full circle. This congregation had been founded by the late Bishop Joseph Houlihan, who had established the Ortum mission in the first place.

Everywhere, we saw evidence of the indigenization of the mission facilities, which had always been our goal. Even the two pastors stationed in Ortum were Kenyans.

The outgoing sisters in the Ortum convent were Nigerian, something I could never have envisioned forty years ago. Nigeria was the Holy Rosary Sisters’ first destination in Africa, and these nuns were proof that those labors had borne fruit. The MSHR still took the word missionary literally, meaning that each sister was sent to work in a different country from her native one, even if she was originally from a country where there was a Holy Rosary presence.

Father Leo and I spent that evening, to the excitement of the resident sisters, watching on television a live soccer match between Nigeria and South Africa. Needless to say, we had had no TV during my tenure there.

The next morning, Father Leo declined a visit to the hospital, so alone I walked down the hill by treading the dusty path I’d once known so well. I felt nervous anticipation and excitement as I approached the entrance. On the way I noticed some familiar sights, but mostly nothing was the same as I remembered.

While growing up in Carlow, Ireland, Mary Ita Malone’s early dream to become a missionary in Africa led her to join a religious order. But as she was about to discover, life has a way of surprising all of us when we least expect it.

After Malone attended medical school in Dublin, she was assigned to Ortum Mission Hospital in West Pokot, Kenya, to bring medical services to the neglected indigenous people. Driven by her desire to provide preventive rather than curative care, Malone eventually earned a master’s degree in public health in America. But when her dreams of returning to Ortum to continue her work were dashed, Malone reveals how she worked through her internal struggles to teach at the medical school in Nairobi and eventually immigrate to the United States to specialize in physical medicine and rehabilitation.

In this fascinating memoir, a missionary nun and physician shares the true story of her tumultuous and exotic journey as she followed her guiding star from a Catholic religious order in Ireland to the far reaches of Africa and finally to America.

Mary Ita Malone was born in Ireland, and later joined the Missionary Sisters of the Holy Rosary Congregation. After studying medicine at University College in Dublin, Dr. Malone provided healthcare to the indigenous people of Kenya. She earned a master’s degree in public health from The Johns Hopkins School of Public Health, was a professor in Nairobi, and managed a private practice in Connecticut. Now retired, Dr. Malone resides in Florida.