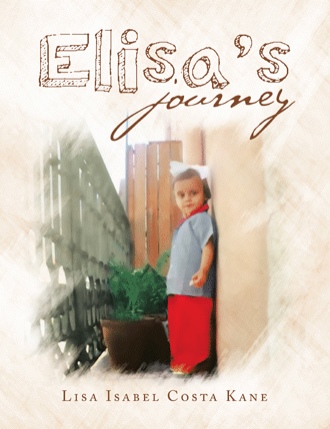 Late one night, when I was sound asleep in my straw bed, there was a loud knock at the door. The knocking turned into pounding. The Military Police dressed in gray uniforms, with high black boots, beat on the door, demanding it to be opened. My grandmother opened the door and the police pushed into our home and started searching the house. I did not know what they were looking for, but they broke our dishes and smashed our furniture. I tried to cover my eyes. They searched room to room making such a mess. We were terribly afraid. I remember holding on to my mother with all my strength. They handcuffed my uncle and took him away. Everyone was crying. The military police coldly said my uncle would be back soon, but he did not return.
Early the next morning, my father and my aunt went to the police station. They learned that my uncle was in a military jail or prison because he was helping people that spoke against the government. I heard my family talking. They said my uncle was a political prisoner.
It was soon decided that my aunt, my mom, and I would take the trolley to the prison, where they held political prisoners, to visit my uncle.
When we arrived at the prison, the soldiers took away the cheeses, the bread, and the chicken we brought for my uncle. Once they took it, we knew they would never give it to him. We had to leave all of our belongings on the table. They said we could only see him for a few minutes. We were so happy to see him, but I hardly recognized him. He looked terrible and sad. The guards said our time was up and our visit with my uncle was over. We all cried and we tried to hold on to him.
The guards walked us out of the prison and ordered us not to look back. However, my uncle had described what room he was in, so we knew what window he would be looking out of. My aunt took out her white handkerchief and waved it at the prison window hoping her husband would see it as a sign of goodbye. All of a sudden, the rifles were pointed directly at us. You could hear the click as they removed the rifle safeties. Loud voices ordered us to turn back around and walk away. My mother, my aunt, and I cried and held on to each other wondering if they were going to shoot us. I never returned to visit my uncle again. I was so afraid of the guards and their guns.

Five-year-old Elisa lives with her parents in an apartment in the city of Lisbon, Portugal. She doesn’t know it at the time, but her family is poor. She feels rich with the love her family shares with one another.
In Elisa’s Journey, author Lisa Isabel Costa Kane shares her story of growing up in a country ruled by hardship and a cruel dictatorship. She tells about being raised in a place where young girls were taught to embroider, sew, cook, clean, marry, and have children. It was a world where educating girls and women was frowned upon.
Filled with stories of exciting and sometimes scary adventures, Elisa’s Journey offers a look at one little girl’s family of love and loss, animals and friendship, politics and arrests, and danger and accomplishments. Kane tells how she came to America, leaving behind everything she owned and started a new life with nothing but memories. The story of her journey communicates the importance of family, love, and hope.

Lisa Isabel Costa Kane came to America from Portugal at age nine with her family in 1966. She earned a bachelor’s degree in young children’s education from the University of Massachusetts, Amherst. Kane recently retired after serving more than thirty years as a public-school educator in elementary and special education classrooms.