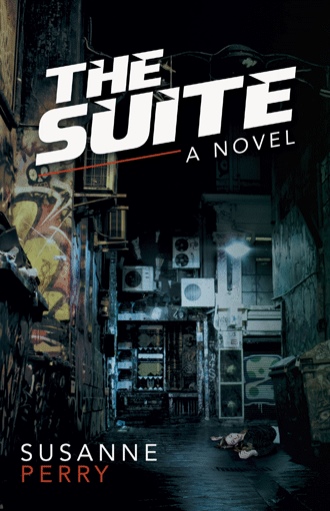 "The girl was dead, that was a sure bet. By the time the shelter residents returned from looking for housing, work, help, whatever, they knew she was dead. When asked by the investigators, no one seemed to have noticed whether she had been at breakfast, nor could they remember if the girl had been around the night before. No one noticed. It was the story of her life, really. No one noticed whether she was around unless it was some degenerate Fagin-like creep who saw her as a commodity. They noticed her now, now that she was dead. The shelter is called the Avalon Street Center, a shelter for the homeless.

Being that it was mid-November, wet from the incessant rain and cold at night, Avalon was a busy place. Homeless families with children or single women can stay at Avalon for thirty days. Then they have to move on. Move on to permanent housing, to in-patient treatment, to transitional housing, to another shelter, back with relations or friends, or back on the street. Avalon has a dorm, one large room really, called The Suite. The Suite is made available to up to four single women at a time. Our unnoticed girl had a bed in the Suite and had been there three days before she was found dead in the alley. Mark Twain was quoted to say that the rumors of his death were greatly exaggerated. Not so with the girl. Her death was a sure bet.

Avalon is in Columbia City, Washington, on the north bank of the mighty Columbia River for which the town is named. On the south side of the river is Oregon. Indigenous peoples, the Cascade Chinook, inhabited the area for centuries. Names of nearby landmarks and areas still bear Native American names. A town and a river are both called Washougal which means “rushing water” or “land of plenty” depending on whom you ask. The nearby city of Yacolt got its name from a Klickitat word meaning “haunted place.”

The area is near the destination of the Lewis and Clark Expedition and, because of its proximity to the Columbia River, was ideal for some of the first non-native settlements in the Pacific Northwest. Logging, trapping, and military interests continued into the mid-twentieth century. Columbia City existed before either Seattle or Portland. It began as a garrison to protect the interests of the Hudson Bay Company, which today would be a trading conglomerate. A few years later, Ulysses S. Grant lived here with his family before returning east and assuming command of the Union army. Rumor was that the Grants hated the rainy, wet weather. The Grant home still stands, carefully preserved, on a street named East Reserve, but locally known as Officers Row. The Oliver O. Howard home on the Row is named for the Civil War general for whom Howard University is named. Half a century later George C. Marshall had a residence on the Row, now a popular venue for social events. And decades later, in an alley only a few miles north of the stately old Row of historic houses, lay a dead girl."

After a homeless runaway is found dead in an alley, the case lands in the laps of detective sergeant Liz Jordan and rookie officer Kyle Connors. It is not long before Jordan and Connors realize that it is futile to follow the usual investigative avenues. They must seek help, not just from those providing services to the homeless, but from the homeless themselves. Unfortunately it is not easy to engage the street community in the pursuit of a killer.

While searching for anyone who knew the young woman and information on her background, Jordan and Connors must find a way to contact invisible people who lack addresses and phone numbers. Mike Dwyer, Jordan’s long-time friend and shelter manager, and Kelly Blevins, an outreach worker, provide introductions into a culture that is wary of the establishment. While delving into the world of the most vulnerable, Jordan uncovers a web of deceit and exploitation while relying on the homeless for insight. But even with their help, will Jordan and Connors solve this crime in time to save another victim?

Set in the Pacific Northwest, this tale offers a chilling view of the dangerous and unpredictable world of the homeless.

Susanne Perry earned a degree in Social Sciences at Washington State University. Prior to writing The Suite, her career included supporting homeless families, consulting on child development, and training child care providers. In addition, she held a variety of positions with Head Start and Early Head Start programs in Washington state for many years. Perry resides in Ocean Park, Washington and Tucson, Arizona. Upcoming projects include a sequel to The Suite, a collection of fictional stories based on actual events, and a children’s book about friendships.