The Outsider’s Guide to UFOs 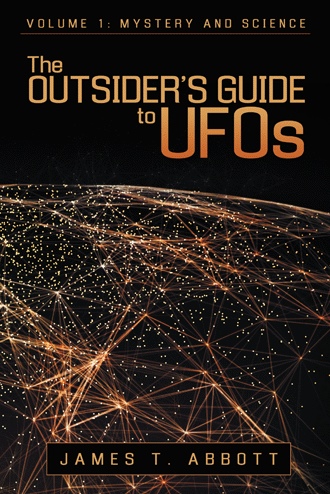 There is a certain amount of reasonably credible evidence for UFOs having been seen well before the beginning of the nineteenth century, but what one might call the “modern era” of sightings began in the late nineteenth century and the first half of the twentieth century. The sceptics believe that these sightings were suspiciously coincident with the beginnings of the literary genre of science fiction from such authors as Jules Verne and H G Wells. World War Two saw a tremendous increase in sightings of strange objects following, or interacting with, bomber formations and military aircraft generally. More on that later.
However, the whole circus with which we have become familiar really kicked off in the years immediately following the war. As you will see later, the key initial events – that is, the most highly publicised ones – occurred in the USA in the year 1947, when the term “flying saucer” was aired for the very first time. The sceptics regard that year as a prime example of mass psychosis, a war-weary nation adjusting to peace after a very nasty conflict. The sceptics argue that the US population did this by inventing strange and wonderful objects. But the British, French, Dutch, Belgian, Italian and German populations (not to mention the Japanese among many others) had experienced considerably more death and devastation on their own soil, so why was the UFO-craze of ’47 not duplicated to the same extent in any of those nations?
The term “flying saucer” has since had a long and chequered history. Very quickly, the subject of flying saucers, in itself pretty strange, was expanded to include visitations from other planets (George Adamski was among the first to claim to have met aliens ) and then over the years, to include alien autopsies, abductions, so-called “missing time” incidents, electro-magnetic interference with vehicles and power supplies, the existence of multiple extra-terrestrial races with different agendas, infiltration of certain governments by aliens, and even the complete but secret mastery of the planet by races from other worlds.
The arguments in this book certainly do not mean that any of the “out-there” theories are wrong. Anyone with an open mind has to accept that we humans do not know everything; in fact we do not know very much at all, so all of those ideas could be possible. But, in the over-heated intellectual arena that is the UFO phenomenon – one that has been built up over at least a seventy year period – ideas become myths and myths become “reality”, arguments become circular without anyone noticing, and rationality becomes another word for “cover-up”.
The reader should also resist the temptation to believe that all ufologists are simply ordinary people who’ve found a new hobby to replace pigeon-racing or collecting Star Wars models. The image of people who study UFOs as being cranks or nutters is, unfortunately, one which is commonly held. But, like most generalisations, it is only true in parts. There most definitely are hordes of UFO-nutters, but there is also a core of very intelligent, very experienced and cool-headed ufologists, throughout the world, who work very hard to explore the subject in a balanced manner. As we will see, that core includes scientists, generals, colonels, government officials, astronauts, at least one ex-State Governor, an ex-Canadian defence minister, and possibly even members of the British Royal family.
There will be points in this book when elements of the weirder side of the debate will have to be introduced, but the prime object is to try to keep the argument focused on the fundamental – the most absolutely vital prerequisite for all the other flimflam – are any UFOs inexplicable in conventional terms, or are they ALL perfectly susceptible to scientific explanation within our currently understood scientific paradigm?
The true sceptic is, someone who is agnostic on the subject; neither a believer nor a non-believer. You will find, however, that there are also pseudo-sceptics and pseudo-ufologists: those who pretend to be neutral but actually start from a position of either rabid disbelief or hysterical conviction. They can be spotted, quite easily, by their use of absolutes and their ill-justified leaps of logic. When describing sightings, the immovably-convinced ufologist tends to slip in words like “craft” and “intelligent movement” where they really should be talking about “objects” and “unpredictable or unnatural movement”. The pseudo-sceptic often uses words like “impossible” and similar absolutes when describing features of sightings, they may arrive at conclusions of mass-hysteria or delusion without any genuine proof of such statements.
As this book was being finalised, NASA announced that no fewer than seven Earth-sized planets had been identified and measured as they rapidly rotated around a star which, hitherto, had been at the bottom of the list of possible “life bearing” star systems. Humanity is constantly being surprised by totally unexpected and unpredicted discoveries. Therefore, as we begin this journey looking into the question of UFOs, the question you, as an outsider, need to ask is, what exactly is impossible in this universe?

What exactly is impossible in this universe? The Outsider’s Guide to UFOs is for anyone for whom “the UFO thing” is enduringly fascinating but bafflingly complex. It cuts out all the smoke and mirrors and focuses on core questions like what are UFOs, how long have they been around, and are they hoaxes, figments of the imagination, or real?

Author James Abbott is a highly experienced researcher who has spent years studying this timeless debate as an outsider. With no vested interests, he presents all sides of the story without fear or favour. Read about
• 40 of the most important UFO cases
• 9 official projects and reports on the subject
• 13 fascinatingly strange UFO characteristics
• 20 possible explanations for UFOs
• the very best photo and video evidence


The Outsider’s Guide to UFOs explains why there may be up to 3,000 totally inexplicable UFO sightings every year around the world. It also discusses four mind-blowing theories about UFOs, clarifies the background, simplifies the main questions, and presents evidence and counter-evidence about the mysterious things we see in the sky. More importantly, it recommends straightforward action to settle the UFO question once and for all.

Following a short scholarship to Trinity College in Hartford, Connecticut, he completed a Bachelor’s degree in Politics and Economics at the University of York and later researched a Master’s thesis at the University of Cambridge on global trade in the aerospace industry.
His career has encompassed time in the aerospace sector, in marketing, in education, and in commercial research. He’s written and contributed to around a dozen academic books, and countless lengthy reports. His greatest professional love is research; having the view that there aren’t that many jobs in which you get paid for having fun, but that’s what research is like.
So why UFOs of all things? The answer is a long one, but it boils down to this: Like almost everyone else, the author gets hooked by a good mystery, and UFOs are perhaps the greatest mystery of all; one which is in desperate need of being properly investigated.
He lives with his wife in Yorkshire, England, where rabbits are the only alien menace. Or so he believes!
UFOs may or may not be of this Earth and time, but the huge job of trying to nail them down is incredibly fascinating.