Be Still & Be Quiet 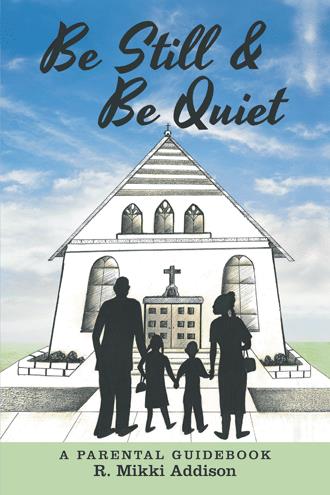 Children, especially those two to eight years old, need homes that are peaceful and quiet. Parents need that too. A child with too many distractions will develop stress. Too much noise and screen watching will cause your child to become unfocused, easily distracted, unruly, agitated and uncooperative. It is the beginning of a short attention span, also, called, Attention Deficit Disorder (ADD). Children can acquire stress because of too many choices: too many toys, too many electronics, to many after school activities and practices, to many rehearsals, and just too many things. When you have so much stuff, nothing is of value. Choices mean power, Children are given power while demanding more things. Too many things in their future might replace people, communication, and meaningful personal relationships. An accumulation of things can become emotionally draining.

Are you having problems raising your toddler? Are you worried that you will make a mistake raising your child, your grandchild, your charge from the courts, your niece or nephew? Are you afraid that God has given you this child as your responsibility and you don’t know the right things to do in order to successfully complete your duty? You pray and hope to do no harm in the first five years of this child’s life and then for the rest of his or her life. Calling All Parents, Grand-Parents, Step-Parents, Adopted Parents, Foster Parents, and Relatives….. Hot off the Press! Get your copy of “Be Still & Be Quiet!” Today is the day that we’ve been waiting for! Be Still & Be Quiet is a parental guidebook that you don’t want to miss!!! Be Still & Be Quiet is comparable to the excellent books, “The Hair-Raising Joys of Raising Boys” and “Their Name is Today.” Both can be found in references. Be Still & Be Quiet will guide you on traditional and “old school” best family values. Be Still & Be Quiet has the answers to your concerns and doubts. Its directives are easy to follow. See for yourself, you won’t be disappointed. Satisfaction guaranteed. That’s a promise from me to you. Here is my e-mail address – get at me- fortheinside@hotmail.com

R. Mikki Addison is a motivational speaker, community activist, mental health counselor, and social worker. As a motivational speaker, she has a special interest in issues pertaining to women, girls, and teenagers. Mikki McIntosh-Addison graduated from Thomas A. Edison High School in Fresno, California. She graduated from California State University, Fresno (CSUF) in 1987 with a BA in communication and worked at Channel 47 for several years in studio production. She received her Master’s Degree in Social Work (MSW) in 1995 from CSUF. With her MSW degree in hand, Mrs. Addison was employed from 1995 until 1999 by Positive Attitude Outlook, (FFA) a foster family agency, as a social worker for children placed in court-ordered foster homes. She assisted with family relationship building, stress reduction, reviewed money allotments, transported children from schools during crises interventions, and to psychiatric appointments. In 1999, Mrs. Addison was hired by Fresno County Behavioral Health as a Mental Health Counselor. She worked at the Fresno County Jail for 7-1/2 years as a member of the Jail Psychiatrist Services team. She provided crisis intervention, stabilization, and individual and group counseling. She initiated California Code, WIC 5150 holds which takes an individual involuntary into protective custody due to being a danger to self, a danger to others, or gravely disabled. The patient is transported by law enforcement to a hospital or psychiatric facility for a 72 hour psychiatric evaluation. In 2008, Mrs. Addison transferred to the Juvenile Justice Campus (JJC) as a Mental Health Counselor. She counseled male and female minors on the detention side of the campus waiting to go to court. Additionally, she counseled minor on the commitment side of the campus having been found guilty as charged. Mrs. Addison stayed at the JJC until 2014, when she retired from her employment with Fresno County. Mrs. Addison is the owner of For the Inside (FTI). She is designer of stylish, fashionable T-shirts. She is the photographer for a line of God’s creation postcards. Additionally, FTI creates greeting cards featuring original artwork by inmates. Mrs. Addison served as President of the West Fresno Democratic Club (WFDC) from 2007 to 2017. She was a member of the Fresno County Democratice Central Committee (FCDCC) during this same period in time. Mrs. Addison is a member of Sisters in Crime, a mystery writers’ book club. She received the 2012 and 2018 Special Recognition Award from Black Women Organized for Political Action (BWOPA) honoring her community activist work. For book signing and speaking engagements, contact Mrs. Addison at her email address, fortheinside@hotmail.com; or, fortheinside.com.