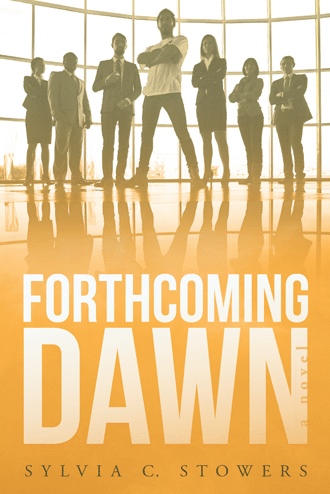 At the studio, Eileen and the employee passed through the hallway, and she prudently stood adjacent to the stage. The backstage assistant, with a twinkle in his eye, adjusted his headset and pointed her to the opening. Eileen stepped onto the stage to a roar of applause. She heard the host, Simon Rider, of the Simon Rider Show, introduce her.

Simon began, “Tonight, bestselling psychic Eileen Emerson is here for the hour. She’s best known for her prediction of the California earthquake in 1981, but also for her abilities to see colors on people and to sometimes sense their future, or even communicate with the dead. Do you believe?” His eyebrows rose quizzically.

He continued, “We’ll take questions from the audience and, we’ll find out!” His grin was so wide, she thought his face might break.

The camera shifted to her and Eileen took her seat as the audience continued to clap. Looking up, she listened as Simon ticked off many of her accomplishments.

“It’s always good to welcome you to this program.” His smile was engaging.

“Thank you. I’m always glad to be here.”

“I understand you have a new book out, titled, “Book of Knowledge” which is number four right now on “The New York Times” list of bestselling self-help books.” He pulled it up to the camera. “There, you see its cover.”

Eileen’s shoulders straightened, and her grin widened. She loved the rush of interviews.

“Let me start with your book, Eileen. In it, I learned something new about you. I didn’t realize that sometimes you see things happening in your dreams.”

Eileen turned to take a good look at her host. “Sometimes I have dreams, yes. My critics will say, well, your dreams are just meanderings of your own unbridled mind when it’s not under control.”

She paused and continued. “But, the reality is this – it’s a direct revelation with regard to some specific conduct that either I am experiencing or someone else is having.”

His face was a mixture of delight and determination as he prodded her.

“Basic question Eileen - why do you see colors around people and I don’t?” He leaned into her. Simon was a handsome African-American. She loved his elegant face, its high cheekbones emphasizing eyes glinting deep brown behind long eyelashes.

“I don’t know. You probably could see them if you really wanted to. You have a lovely hue of light blue surrounding you.” The crowd clapped again and she gave a wide, broad grin.

“Eileen, Eileen, come on. Seriously?” The audience loved the prod, and she found Simon delightfully wicked.

His voice was determined. “You communicate with dead people, right?”

“You do psychic readings.”

“What is this gift? And, why do you have it?” He pressed again. The audience became quiet.

“I honestly don’t know. When I was younger, I would have said to you that I was just unlucky.”

He gasped for the attention of everyone. “You mean to tell me that you don’t like your gifts?”

“No, no. Not at all. It’s just that when I was younger, my gifts were big contradictions to me. I mean, it wasn’t something I could just talk to anyone about. From what I know…what I’ve discovered… my great grandmother from my mother’s side was a working psychic for the locals in the small town she lived in. But, she too, had to hide her gifts somewhat for fear of being labeled weird or eccentric. Even my own mother was afraid for me when she discovered I could see colors around people.”

She paused. “Yes, it is. But history has demonstrated that people like me weren’t always treated fairly. I believe the Salem Witch Trials is a very good example of how stupid and ignorant society can be.”

The audience loved that comment. People were whistling and clapping again.

She continued. “It’s a sad but true fact – many historians and folklorists make light of supernatural beliefs. And some scientists have dismissed them as superstition.”

“But I’ve known you now for a few years and I can testify that you see inner lights as clear and lucid as the morning light of a new day. So I say to you, it’s all right!” Simon said with conviction.

The audience clapped as she replied, “Psychic impressions are hard to verify and essentially impossible to establish scientific controls for, so it’s one of those things you can either take or leave.”

He nodded his head in agreement and then said, “For those people who aren’t familiar with the Salem Witch Trials, can you give us a short summary?” He pressed her once again.

She laughed. “Oh, for sure! The notion of witch hunts and those who were targeted were generally misfits. Meaning, they either kept to themselves, were socially awkward, or generally poor. In fact, the “witches” were innocent people who were made into suitable scapegoats by horrible citizens, parading as noble, religious people.”

“And,” she continued, “in Salem Village, rumors spread by a group of spoiled girls, led to the trials and convictions of innocent people. Twenty people were executed either by hanging or being pressed to death by large rocks.”

The audience showed their displeasure by groaning and shaking their heads. After a moment’s pause, Simon stated, “So, you haven’t always told people what you thought or saw.”

Eileen considered his comment for a moment. “No. No, I haven’t. But in these last few years, I’ve been more open to having conversations with others regarding my gifts. I guess one could say that I broke out – out of my shadow.” She leaned into him, and folded her arms over her chest. She laughed. “I know you like mystery.”

He shifted in his seat. “Yes, I do. And, you my dear, can sometimes be a mysterious person. Tell me this – was there one prophetic moment in your childhood, one that pointed to the empowered woman you have become?”

She thought for a moment and then replied, “I don’t remember this, but my mother told me that when I was about three years old, my grandfather was sitting on our front porch with us and I looked up at him and asked him why there was a dark color around his head. I understand he laughed and shrugged his shoulders. I believe he died of a heart attack the next month.”

The audience groaned and Simon commented, “I’m just betting the audience would love to ask you some questions.”

He rose, grabbed the microphone with his hand, walked to the aisle, and headed to the noisy crowd. His perfectly tailored suit was taut across the muscles of his back.

Eileen frowned just for a moment. Here we go again... I always have to prove myself. Just like before, yesterday once more. But, it’s all good in the end, and I keep promoting myself, so, here goes.

Quick to appreciate the potential for great ratings, Eileen caught Simon’s eye and gave him the nod to proceed. Simon stopped for a moment, folded his arms across his chest, microphone in hand and looked the audience over. This is gonna be great. She’s never let me down yet…what a way to bring in the New Year. 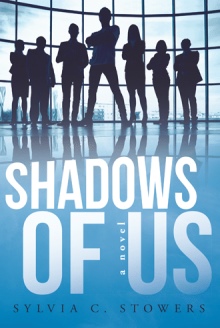 It is 1980 and David Hearst is a white-collar thief who lives a double life as a bank president, only embezzles from the wealthy, and thoroughly revels in every personal financial victory. Intertwined with his professional life is Carol Wilmore, a San Diego district attorney with lucrative offshore accounts and a deep-seated need to erect barriers for all who cross her.

Susan Baker is a beautiful attorney struggling with her marriage to Carl, a pitcher for the San Diego Padres who is a master of secrets—especially about his homosexuality. As she contemplates a new beginning, Carl must attempt to reconcile his former relationship with Alan Rogers, director of a gay men’s counseling center and trusted keeper of confidences. Meanwhile, Eileen Emerson is a rising star psychic who relies on her trusted friends, Cori Styles and John Putnam, to help navigate her through all that comes with her gift—good and bad. Now as each face both tragedies and triumphs, fate catches up to David as he realizes that no one can save him but himself.

In this provocative tale set during the 1980s, several individuals shrouded in mystery become ensnared in a web of money and power that leaves hope as elusive as ever.

Sylvia Stowers was once employed in the investment banking and building industry. Now retired from a second career in education, she resides in San Diego County. This is the second book in an intended trilogy.